The world's most influential Jews: 1-10

By JERUSALEM POST STAFF
Mark Zuckerberg at eG8 311
(photo credit: REUTERS)
Advertisement
1. MARK ZUCKERBERG
Facebook CEO Facebook chief executive officer and president Mark Zuckerberg, 27, has certainly been a man in the news this year. The world’s most popular social networking site on the Internet has been credited with helping to propel the revolts across the Arab world by spreading the word about planned protests, particularly in Egypt.On his own Facebook page, Zuckerberg lists his personal interests as “openness, making things that help people connect and share what’s important to them, revolutions, information flow, minimalism.” Although he was raised Jewish, Zuckerberg considers himself an atheist.He was the subject of a successful Hollywood film titled The Social Network, although he strongly rejected his portrayal in the movie as a devious egotist.
Among other things, the film won the Golden Globes prize for Best Picture, and picked up three awards at the Oscars.He has also been the subject of several lawsuits, and won a significant one recently when US judges ruled against an attempt by the Winklevoss twins, Tyler and Cameron, who studied with him at Harvard, to cancel their $56 million settlement with Zuckerberg.Lawyers for Facebook have called Paul Ceglia’s federal lawsuit claiming part ownership of the company “a fraud,” and accused him of doctoring a 2003 contract he says proves that he brought 50 percent of Zuckerberg’s idea for the site, also when he was studying at Harvard University.According to the latest Forbes list of the world’s richest people this year, seven billionaires made a fortune from Facebook into the super-rich club.Zuckerberg leads the pack at No. 52, and is said to be worth $13.5 billion, up from $4b. last year. Zuckerberg was named by Time magazine as its Person of the Year last year. He joined Bill Gates and Warren Buffett at the end of 2010 in signing the “Giving Pledge,” in which they pledged to donate at least half of their wealth to charity.RELATED:
Interview with Yuli Edelstein - 'Shaping Israel’s image in the world'
2. BINYAMIN NETANYAHU
Prime minister 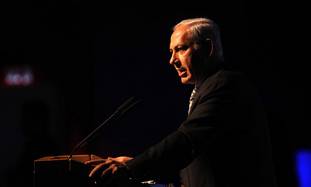 Prime Minister Binyamin NetanyahuIt’s the nature and stature of the office, more even than the personality of the person who holds it, that makes the prime minister of Israel the most influential Jew in the world.And Prime Minister Binyamin Netanyahu, 61, like all those who preceded him, is well aware of that awesome responsibility.A great rabbi – an Adin Steinsaltz – may influence the spiritual side of our people; a great Jewish cultural icon – a Philip Roth – may impact on the world’s intellectual milieu; a great Jewish politician – an Eric Cantor – may impact on the political life of one country or the next. But only the Israeli prime minister has the ability to make decisions that are, literally, fateful to the Jewish people: life-and- death decisions; to-be-or-not-to-be decisions.“Even at the nadir of the valley of death, we never lost hope and we never lost our dream of reestablishing a sovereign state in our ancient homeland, the Land of Israel,” Netanyahu said in the White House Oval Office two weeks ago to US President Barack Obama. “And now it falls on my shoulders as the prime minister of Israel at a time of extraordinary instability and uncertainty in the Middle East to work with you to fashion a peace that will ensure Israel’s security and will not jeopardize its survival.“I take this responsibility with pride but with great humility, because, as I told you in our conversation, we don’t have a lot of margin for error and because, Mr. President, history will not give the Jewish people another chance.”Netanyahu was not exaggerating the extent of his responsibility. What he didn’t amplify was the scope of his influence.
3. SHERYL SANDBERG
Chief Operating Officer, Facebook Sheryl Sandberg, 41, is the chief operating officer of Facebook. She previously served as vice president of global online sales and operations at Google, and helped launch Google’s philanthropic arm, Google.org. Sandberg also served as chief of staff for Treasury chief Lawrence Summers in the Clinton administration.Ironically, she met Mark Zuckerberg, co-founder and CEO of Facebook, at a Christmas party in 2007. Zuckerberg was reportedly impressed immediately by Sandberg, and although he had not formally searched for a COO, he considered her “a perfect person for this role.”They spent time together in January 2008 at the World Economic Forum in Davos, and in March of that year Facebook announced that Sandberg would be its first chief operating officer, hiring her away from Google. At Facebook, Sandberg oversees the company’s business operations, including sales, marketing, business development, human resources, public policy and communications.According to Forbes, Sandberg has “overhauled Facebook and helped make it the most popular social network in cyberspace.”The website of Radio Islam calls her the “Jewish second-in-command of Facebook” who “reports directly to Facebook’s Jewish CEO Mark Zuckerberg.”
4. EHUD BARAK
Defense minister Despite his surprise surrender of his leadership of the Labor Party to set up an independent new faction in the Knesset called Atzmaut (Independence) in January, Barak, 69, remains a key member of Prime Minister Binyamin Netanyahu’s cabinet and one of his closest advisers.As a former military chief and Israel’s most decorated soldier, not only is he Mr. Security, in charge of the country’s security establishment, but he has also been involved in diplomatic negotiations with the Palestinians via US mediation.He is not a popular politician, but continues to be widely respected across the political spectrum both here and abroad as a military genius who is capable of thinking out of the box and making surprise moves, both diplomatically and militarily.Still considered left of center, he is a strong advocate of a diplomatic solution with the Palestinians, but at the same time backs Netanyahu’s hard line on security issues.He is also a strong opponent of Iran’s current regime and its nuclear aspirations.“I am not sure that this regime will be in power 10 years from now," Barak told a conference in Tel Aviv earlier this year. “I can also not rule out the possibility that in a year from now, an opposition group like the Green Movement will lead a new revolution. But we cannot count on this.”5. BENNY GANTZ
Chief of General Staff When Lt.-Gen. Benny Gantz took up his post as the IDF’s 20th chief of General Staff in mid- February he found a Middle East completely different from the one his predecessor Gabi Ashkenazi had met when he took office four years earlier.When Ashkenazi took office, Hezbollah was still rebuilding itself from the damage Israel had inflicted upon it during the Second Lebanon War in 2006. Earlier this year it effectively took over Lebanon with a military force stronger than ever and with more firepower than 90 percent of the countries around the world.When Ashkenazi took office in 2007, Israeli-Palestinian negotiations were moving ahead at full throttle. Today, there is a complete disconnect. In 2007, Egyptian President Hosni Mubarak’s regime was strong and stable and Israel Air Force fighter jets flew regularly in Turkish airspace. Today, Mubarak’s regime is history and the thought of the IAF returning to train in Turkey seems almost like a fairy tale.Gantz, 52, entered the post at a time when the unknown is greater than the known. The difficulty is preparing the IDF for challenges – from Iran’s nuclear program to Palestinians infiltrating into the Golan Heights – that are not clear or even easily identified.What Gantz has going for him is his confidence and coolheaded demeanor as well as his unchallenged authority. His experience – he has already served in four positions on the General Staff – makes him best suited today to confront the threats Israel will face over the coming years.6. MEIR DAGAN
Former Mossad director 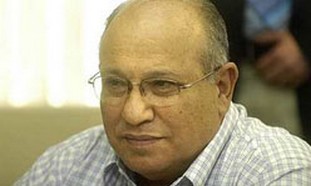