Israel Abromovich (L) and entrepreneur Avraham Bar-David
(photo credit: EYTAN HALON)
Avraham Bar-David is not your average Israeli entrepreneur.
Far from the hi-tech offices of central Tel Aviv buzzing with young computer programmers seeking to develop the digital solutions of the future, 80-year-old Bar-David’s entrepreneurial inspiration emerged from his move into assisted living at the Ahuzat Poleg Retirement Village in Tel Yitzhak.
Bar-David had a distinguished career, serving as the commander of the IDF Artillery Corps and later holding senior positions in Israel’s defense industries.
Now, as a resident of an assisted living community and, more recently, as the head of Israel’s Assisted Living Senior Residents Organization, he has developed an understanding of the key issues facing senior citizens.
“I saw that, among other issues, there is a lack of confidence that can lead senior citizens to stay at home. They may be afraid to step outside of the house, scared of falling over or feeling unwell,” Bar-David told The Jerusalem Post. “In case an individual falls over, we need to find a solution that would allow him or her to call someone – immediately.”
It was while Bar-David was considering how best to solve the problem that he met Israel Abromovich, a resident of Moshav Bnei Dror with decades of experience in medicine, especially in developing hearing aids for the elderly at his company Audio HaSharon.
Together, they developed a simple-to-use yet advanced emergency alert hand watch with an emphasis on simplicity. A user needs to press a button for a few seconds and they will be connected to a 24/7 call center that will gather basic details and immediately inform next of kin. 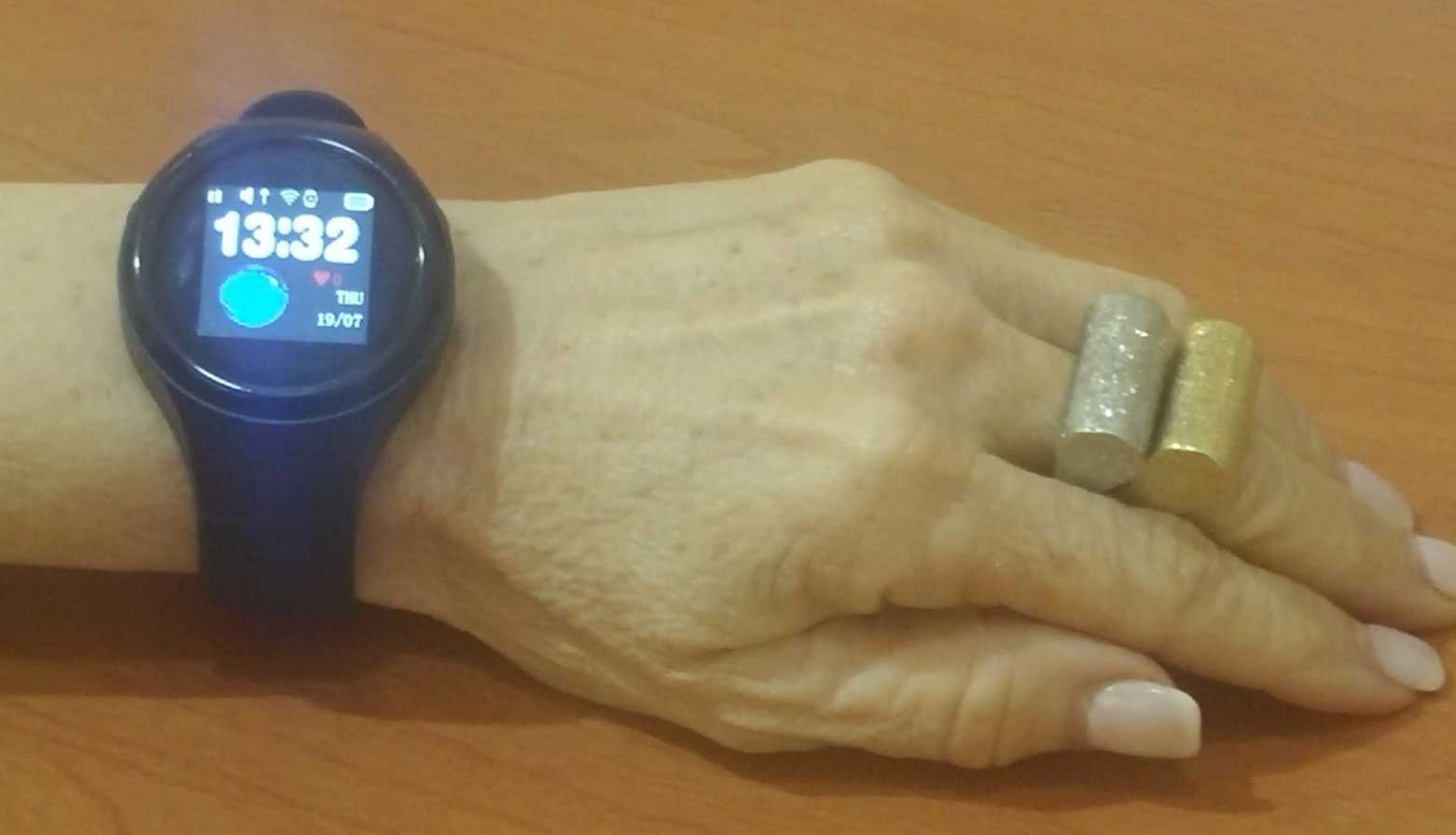 A user wears Audio HaSharon's emergency alert watch.
While existing alert bracelets are limited to home use, Bar-David and Abromovich’s solution is not reliant on connection to a fixed phone line.
“The foundation of the product needs to simply be pressing a button and reaching the call center. You can add all sorts of other features, including reminders to take medication, but that is on an individual basis,” Bar-David said.
In addition to boosting the confidence of its elderly users, the watch is equipped with GPS tracking, allowing the call center to quickly identify the location of the individual at risk.
“This is particularly important for an individual with Alzheimer’s, who may find himself on a bus going somewhere he doesn’t know. The watch knows exactly where he is,” said Abromovich.
The Audio HaSharon-produced watch costs NIS 400, in addition to a NIS 80 monthly fee for all the related services. Unlike many entrepreneurs, Bar-David and Abromovich are not seeking an “exit” or major buyout, but rather to inspire others worldwide to copy their solution.
“As long as the head works, age has no meaning and, thankfully, my head still works,” said Bar-David. “Last year, I went to the Knesset 30 times and spoke with members of Knesset. Everything is voluntary and based on a desire to advance our issues. Those who came before me already passed away, and somebody will continue after me.”
Advertisement