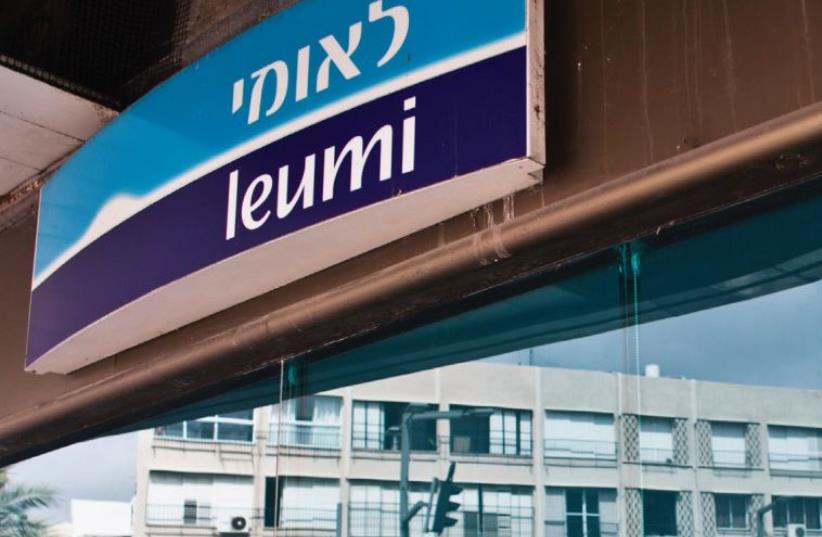 Bank Leumi
(photo credit: REUTERS)
Advertisement
“Innovation is about finding ways to think differently and creatively to solve problems in a new way,” Ran Gavriel Zivan, head of Innovation and Digital Investments at Bank Leumi, recently told The Jerusalem Post.
“Innovation is a very broad area,” Gavriel Zivan said, adding that “innovation in the financial industry stems from both ‘internal innovation’ and ‘open innovation.’”
“Internal innovation involves changing the banking culture from within and empowering employees to engage in innovation and become a part of the vision we are trying to achieve,” he explained.
“While open innovation involves connecting the ecosystem and bringing innovation and technology from the outside in,” he said. “It involves staying up to date and being in the know on all new and developing technologies.”
“These two must work in harmony. When we combine them together we realize that we can get more from looking at them separately,” he added.
As such, around five years ago, Bank Leumi established a new organizational structure, in which the Digital Banking Division was born, to implement its new innovation strategy.
To that end, Gavriel Zivan said that Bank Leumi has held internal ideation workshops, as well as with bank customers, brought in cutting-edge solutions from the FinTech and hi-tech industries, implemented interactive tools as well as collaborative platforms, and amped up its digital investments platform.
“Innovation is ultimately about the customer with the aim of making services and products more customer oriented,” he added. “Currently, some two thirds of Bank Leumi’s customers have transferred to digital banking channels, with the other third moving in that direction at a slower pace.”
The banking sector in Israel has largely embraced and adopted a digital banking platform, walking a fine line between providing customers with cutting-edge technologies and maintaining a personal human touch.
With regards to Bank Leumi, Gavriel Zivan offered the Post a unique glimpse into the future of digital investment banking, highlighting how the bank has been able to find a synergy between the two.
According to Gavriel Zivan, there are three kinds of investors. The first investor makes his own decisions and decides where to invest.
“These investors are gaining more and more information about the markets and they have become more sophisticated and supported by financial tools,” he explained. “These tools help to decide what risks you want to take and look at a wide range of investment products.”
As such, Bank Leumi developed Leumi Trade, a trading platform which provides personalized information for investors. Gavriel Zivan added that “in the future, these tools will become more sophisticated and offer even more tailored information.”
The second investor makes his own investments based on advice received from his bank. “These customers are moving to digital advisory tools that receive recommendations from research units and use machine learning to decide which customers should receive advice,” he explained. “This technology is simple right now, but when we look into the future, these digital advice systems will become more sophisticated, personal and specific about your investments.”
Currently, Bank Leumi offers Leumi Digital Advisory, the first digital advisory tool that provides customers with tips and suggestions for their portfolios based on the bank’s research unit recommendations.
The third investor are those who need a portfolio manager to help them make their investments. “For these customers,” Gavriel Zivan said, “we are starting to see the foundation of the first robo-advising companies and tools that are replacing human portfolio managers and choosing the allocation of investments.”
While this technology is just beginning to evolve, Leumi has recently launched VIDEA, an advanced and user-friendly robo-advisory portfolio management platform. “We have advanced and innovative tools for every customer segment. Right now machine learning or AI are pretty simple, but as we move forward we will find more sophisticated tools to implement these technologies,” he said.
“Yet,” according to Gavriel Zivan, “it is important to realize that innovation is not solely about technology.”
“Most of our innovative ideas will be implemented via new technology, but innovation is also about solving a challenge or a problem in a new applicable way.”
And looking to the future, Gavriel Zivan said that there are a myriad of potential challenges facing the financial industry. “We are in the eye of the storm and we want to ensure that we won’t miss anything. We are constantly trying to anticipate the next disruption, ahead of time, so that we can control the wave, when it actually comes,” he said.
When asked what the next big wave will likely be, Gavriel Zivan said that he believes the trend that has the potential to change the banking sector is “Open Banking.”
Open Banking is a series of reforms of how banks deal with customers’ financial information. The idea is that banking data, such as customer financial habits, will be shared with authorized providers, who can in turn offer budgeting applications and services to more effectively manage customers’ wealth. The aim is to bring more competition as well as innovation into the financial services sector to the benefit of the customers.
“We are currently examining how the Israeli banking industry will look like once open banking hits the Israeli market, and what kind of player do we, at Leumi, want to be in this field,” he said.
Gavriel Zivan added that, “Ultimately, the main challenge of innovation at Bank Leumi is to be constantly proactive, creative and innovative for the benefit of our customers – whether they are digital-oriented or not.”