In a bid to stay competitive, executives from the energy giant toured the country last week, meeting with and looking at investments in several Israeli start-ups. 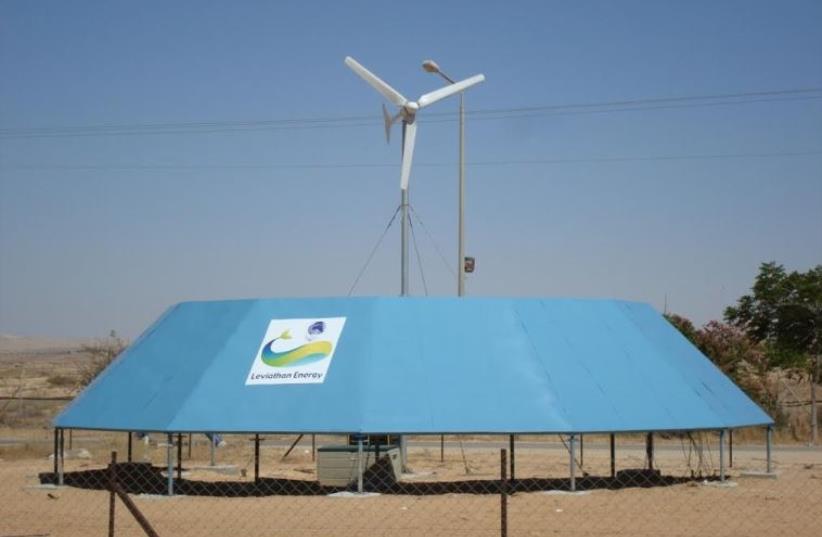 A "Wind Energizer" built by Leviathan Energy Renewables
(photo credit: Courtesy)
Advertisement
Centrica Innovations – the investment arm of Centrica Plc., Britain’s largest energy and gas supplier – is scouring Israel for energy technology with a £100 million fund.In a bid to stay competitive, executives from the energy giant toured the country last week, meeting with and looking at investments in several Israeli start-ups. The firm is also looking at technologies in Europe and North America.“Israel is a real focus concentration of people, talent, tech,” Jonathan Tudor, the director of Centrica Innovations, told The Jerusalem Post. “Increasingly, our business customers – they’re more worried about the security around data, how do we access that, analyze that, protect it. And when you look at what Israel is renowned for, what it has expertise for: handling massive amounts of data in intelligence, [and] interpreting that.”Centrica Innovations was set up in 2017 and the firm seeks to invest in technologies ranging from cybersecurity to big data, machine learning, artificial intelligence, electrified transport and smart devices – or the “Internet of Things.”The company is also looking at acquiring technology to set up “distributed systems,” in a bid to decentralize 20th-century power grids.One factor driving Centrica’s search for energy-efficiency technologies has been steadily falling profits, with the company announcing layoffs of 4,000 jobs in February.The company’s first foray into Israel was in 2015, with its acquisition of Panoramic Power for £36 million ($60 million). The firm provides wireless sensors to increase energy efficiency.The energy giant is now on the cusp of investing in an Israeli start-up that designs software that determines the location of electric vehicle charging stations. Centrica says it will announce the investment in April, along with making another one or two investments in Israeli start-ups this year.Another Israeli company, EchoCare Technologies, won a contest set-up by Centrica in London earlier this month, named the Active Aging Challenge. The Beersheba-based firm won some £25,000 ($35,000) for developing a non-wearable, elder-care home monitoring device.Centrica set up the £100 million ($140 million) fund in September, and it plans to use the fund over the next five years. The company reported some £28 billion in revenues in 2017, with profits down 17% from 2016.Centrica owns British Gas and North America’s Direct Energy, among other divisions.