SpaceIL reaffirms mission to land on the Moon despite contest's end, plans to blast off by the end of this year. 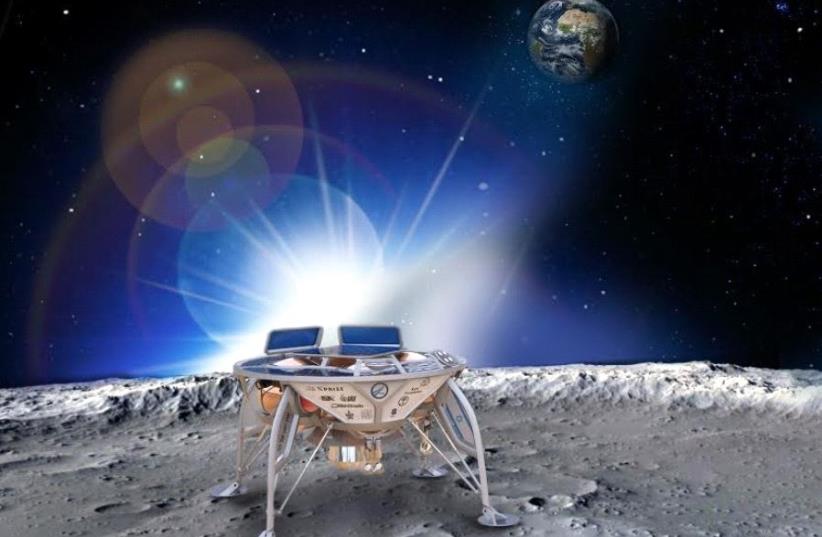 SpaceIL
(photo credit: COURTESY SPACEIL)
SpaceIL, the Israeli nonprofit organization among the five finalists for Google's Lunar XPRIZE, reiterated its campaign mission despite Google cancelling the $30 million cash prize, the organization said in a statement on Tuesday.The team "is continuing to promote the project with full vigor to meet its goal of landing a Blue-and-White spacecraft on the Moon in 2018—thereby making Israel the fourth country in the world to successfully land a spacecraft on the moon," it said in a statement on its website.Google announced Monday that the prize would not be going to any of the teams, who have been working towards the goal since 2007, since none of them were able to meet the March deadline."Today we announce that after consulting our teams over the last few months, that there will not be a launch by March 31st, 2018, and our grand prize will go unclaimed. We are exploring a number of ways to proceed, to continue to support our teams," XPRIZE announced on Twitter.

Today, we announce that after consulting our teams over the last few months, that there will not be a launch by March 31st, 2018, and our grand prize will go unclaimed. We are exploring a number of ways to proceed, to continue to support our teams: https://t.co/n2jQ8lKWcX

"We are extraordinarily grateful to Google for enabling this 10-year journey with us and for having the foresight and courage to support and catalyze the commercial space industry, which was the ultimate goal of this competition," the company said. The first of the five private international teams— from Israel, India, Japan, the United States and an international team— to have landed a rover on the Moon, travel at least 500 meters and transmit data back to Earth would have claimed the proposed $30 million prize money. The competition, originally announced in 2007, whittled down the five finalists from 33 original teams.SpaceIL, founded in 2011, ran into financing issues in December 2017 but received funds from a variety of sources, including businessman Sam Sagol, Amdocs founder Morris Khan, the Adelson Family Foundation, Charles and Lynn Schusterman Foundation, Bezeq and the Israel Space Agency.SpaceIL said its team was at the "most advanced" stage with regard to landing a probe on the surface of the moon, bringing Israel closer to "joining the prestigious circle of the three superpowers that have managed to reach the moon: the United States, the former Soviet Union and China."While the group did not detail at what stage the development stands or when the probe was to be launched, it did announce successful tests of the propulsion system. "Recently, the tests of the propulsion system of the spacecraft developed by Israel Aerospace Industries have been successfully completed," the company said. It added that it is "certain" to launch before the end of 2018.In 2016, the company ran a promotional campaign at Ben Gurion Airport with a model of the craft, asking travelers to send a selfie with the spacecraft, which would be brought to the surface of the Moon.SpaceIL will use a SpaceX Falcon 9 rocket to traverse the solar system.Noa Amouyal contributed to this report
Sign up for the Business & Innovation Newsletter >>