There are many regions of the world that are associated with a particular industry. Israel is considered a hotbed for innovation. Here are the top 10 Israeli startups to watch next year.

By NEIL MATHEW
AUGUST 5, 2019 19:02
(photo credit: INGIMAGE)
Advertisement
There are many regions of the world that are associated with a particular industry. For example, Silicon Valley is known for the fact that it gave rise to some of the most powerful and influential tech and social media companies of all time. Similarly, Zug, Switzerland is known for its innovation with respect to blockchain, and London is considered the center of the world with respect to currency trading. Israel is also considered a hotbed for innovation, as well. Here are the top 10 Israeli startups to watch next year.

We all understand that the world is becoming more globalized than ever, which is why there are companies of all kinds that are popping up eager to disrupt industries that were previously localized.
Insuranks is a company that provides a global marketplace of insurance companies, and allow insurance consumers to literally “bid” for their business. It also provides new opportunities for motivated insurance agents who are eager to expand their network.

There’s a good chance that you might be a bit skeptical about artificial intelligence, considering great minds such as Steven Hawking and Elon Musk have warned about the potential drawbacks of the world-altering technology. However, we also know that artificial intelligence is already beginning to transform the world, and Zebra Medical Vision seeks to utilize machine learning to revolutionize radiology forever.
There’s a good chance that AI-enhanced X-rays will lead to immense success, and the company has already raised millions for the cause. There is little doubt that Zebra Medical Vision has quite the potential in the startup world.

It’s no secret that drones are becoming more popular than ever, and it also seems as though some of the most influential companies are finding more use cases for them. One of the largest and most influential tech companies in the world, Amazon, is investing big money into drones to help deliver goods to individuals all across the world.
Airobotics seems to understand the fact that there are so many benefits to autonomous drones - whether it involves the property management sector, assessing natural disaster damage, or helping with the operational oversight at seaports. Many believe that the drone industry is a growing one, and Airobotics is poised to take advantage of a large market.

We all know that marketing campaigns can be tricky. While there are plenty of companies that are willing to invest millions to advertise a certain product or service, the truth is that there are many retail locations that are struggling to keep up with online stores, platforms, and conglomerates.
Yoobic seeks to help the retailer become more agile in their consumer approach, offering more communication between retail staff and head offices to ensure that their marketing tactics are successful. Yoobic raised $25 million around a year ago, and is certainly a company to keep an eye on.

There are small businesses everywhere that are suffering because they simply can’t find the capital to eventually thrive. While the free markets certainly help determine who survives and who doesn’t, Bluevine is a fintech startup dedicated to providing lines of credit to small businesses.
With Bluevine, funding is quicker and more efficient than ever. Bluevine aims to disrupt the sector due to the fact that approval is fast, there are no long-term contracts, and there are no exorbitant fees involved with your loan, either.

There are some that might argue that it is “too late” to keep an eye on Lemonade, due to the fact that the company has already raised hundreds of millions of dollars and is already valued in the billions. However, the company still has the capacity to gain more market share in the insurance sector, due to the fact that it offers rates that are much cheaper than its competition.
Lemonade is focused on utilizing chatbots and behavioral economics to make purchasing an insurance policy as seamlessly and effortlessly as possible. In a world where we often want instant results, Lemonade certainly has a lot of room to grow.

We all understand that mobile apps are more popular than ever, and there’s a good chance that you are using an app if you happen to be using your smartphone at any given particular time. This has been the case for some time now. Lightricks is an award-winning app development startup that has already won awards and made an impact.
There aren’t many startups in Israel that have nabbed prestigious awards such as the 2017 Apple Design Award, but Lightricks certainly isn’t your regular startup. There is definitely reason to keep your eyes on Lightricks, which focuses on functionality and user experience more than its competition. 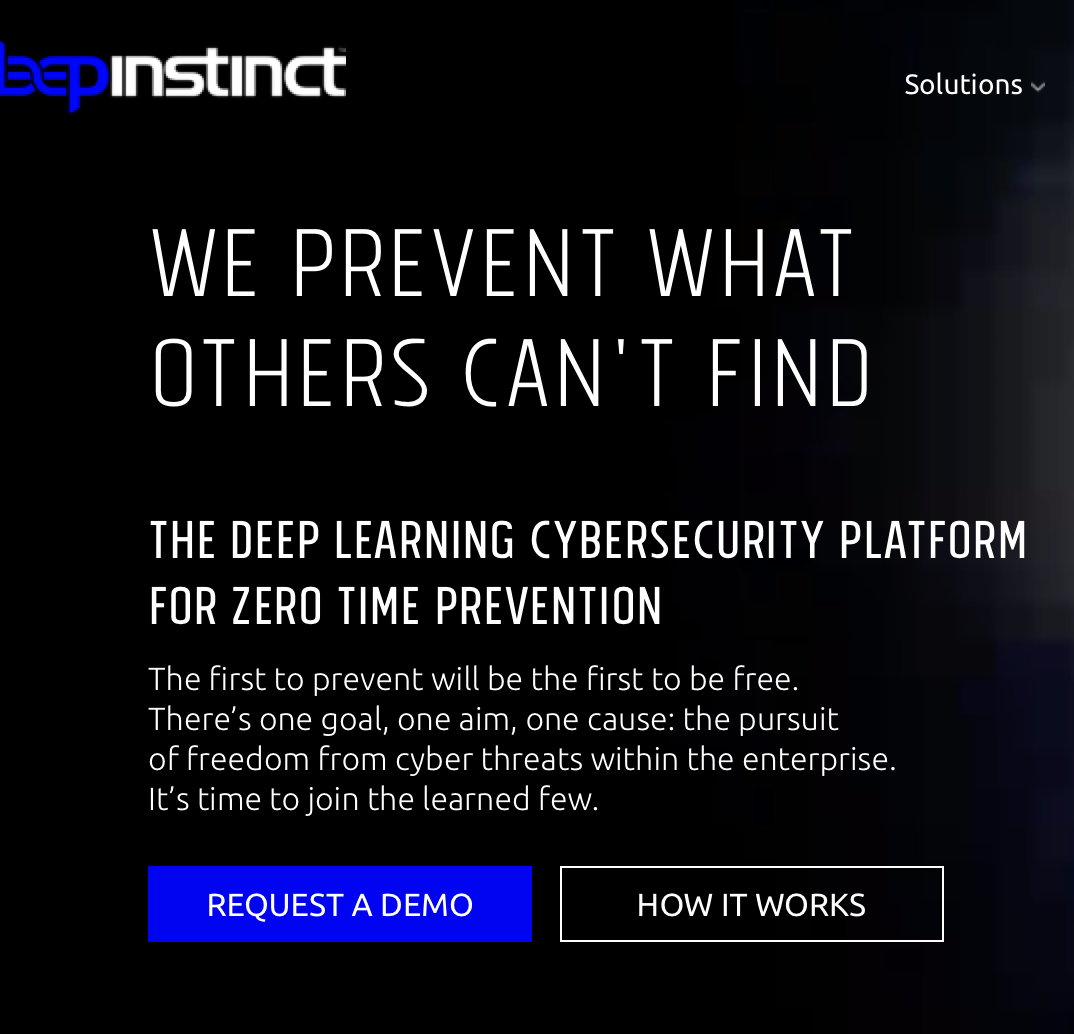 There are plenty of companies that might be a bit assuming when it comes to their revenue projections or market share, but Deep Instinct is involved in a sector that is certainly more important than it has ever been. It doesn’t take many news headlines to realize that cybersecurity is a sector that will be growing for decades, and perhaps even centuries from now.
Deep Instinct uses machine learning to come up with innovative security strategies when it comes to intellectual property, which is even more relevant given U.S.-China trade tensions. Some of the most powerful corporations and social media platforms have suffered data breaches, so there is an extremely bright future for Deep Instinct if it can develop some superior ways to combat hackers, scams, and foreign governments. 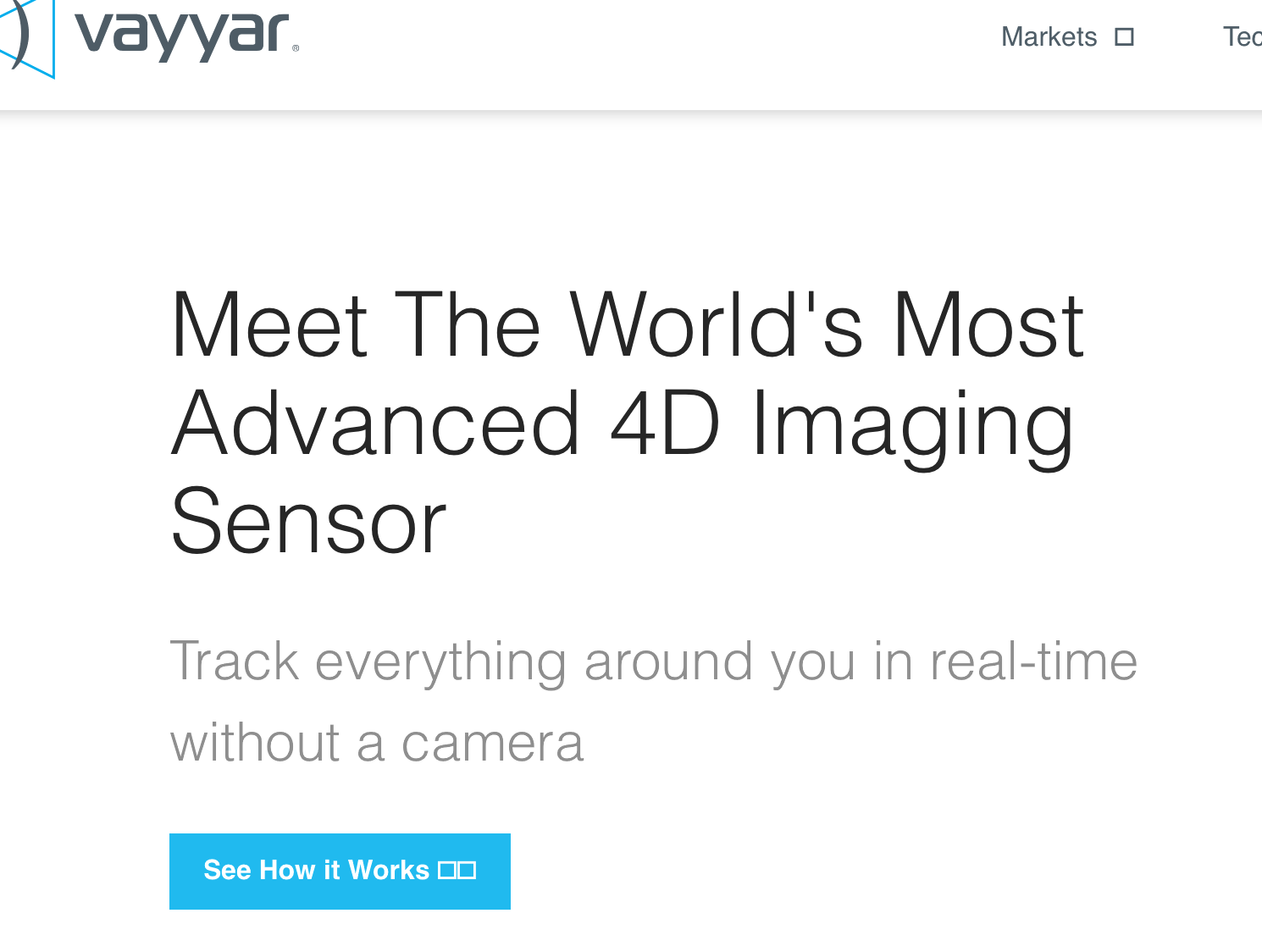 What if there was a way to make 4D imaging more affordable than ever? This is something that Israel-based Vayyar is actively exploring. The company markets itself as home to the world’s most advanced 4D imaging sensor, which can be utilized for many different industries.
Of course, many believe that there is tremendous potential for Vayyar to rake in revenue if it can prove that it is effective when it comes to cancer detection. In addition, security and construction sectors might be interested in their imaging technology, and the company has facilitated many long-term partnerships since the company’s inception in 2011. It should be interesting to see which markets Vayyar ends up focusing on. The company also offers its own line of consumer products, as well.
Israel is certainly poised to be a pivotal hub in the coming years with respect to emerging technological trend. It should be interesting to see how these startups fare with respect to competition, growth, and market share.