Jewish radio has never been more diverse and more accessible. Tune into any of 5 great listening alternatives.

By ZOHAR FRIEDMAN
iphones R 311
(photo credit: REUTERS)
Advertisement
Radio may seem like a somewhat antiquated form of media, but download it to your smart phone and suddenly it’s undergone something of a rejuvenation. Read on to discover a range of applications that appeal to a variety of Jewish interests. From musical to religious, from lifestyle to hard news, there’s something for everyone.Connected by sound wavesWho would have thought that a Jewish radio app could connect you to Jewish communities around the world? Well, we’re here to tell you that there's an app that will make the global Jewish community appear that much smaller. Download The Jewish Radio app and tune into radio shows from Jewish communities as far away as Warsaw. Perhaps these communities might reflect your interests and personal understanding of Judaism; perhaps they'll reflect a different portrait of Jewish life altogether. Regardless, we guarantee that you'll be left feeling that much more tuned in to the larger tribe. 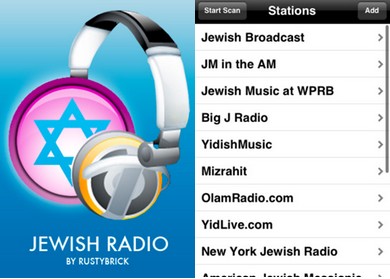 Cost: $2.99Supported formats: iPhone, iPod touch, iPad Hear O IsraelWe hate to hand it to the Israelis so easily, but when it comes to Jewish interest media, Israeli radio may just be the way to go. And besides, what mobile-device collection of Jewish media applications would be complete without the Israel Radio app? This little app will prove to be a gold mine of entertainment, especially if you harbor an interest in Hebrew music. 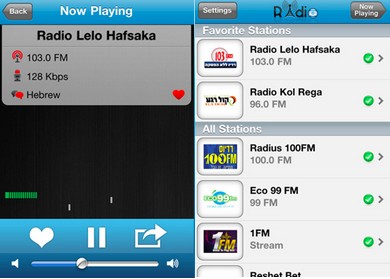 Cost: $0.99Supported formats: iPhone, iPod touch, iPad Not your father's Jewish radioJewish music has undergone something of a revolution in recent years. Countless artists have emerged to prove that Jewish musical expression isn't limited to Klezmer music and hits from the Fiddler on the Roof soundtrack. To help emphasize this point, we recommend you check out Jewish Rock Radio. Defining itself as the voice of Jewish youth, this isn’t your father’s Jewish radio station. JRR features a mix of contemporary artists from Israel, US and the wider world and will likely introduce you to a host of Jewish voices you didn't realize existed. So, don’t fight the feeling, the rhythm is going to get you. 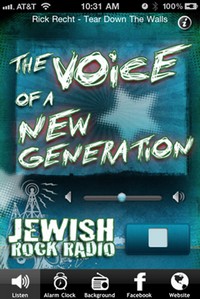 Cost: FreeSupported formats: iPhone, iPod touch, iPad No bells or whistlesSome of you, like my mother, prefer the straight forward approach; no bells, no whistles, and certainly none of the jingles or jangles that are liable to confuse, distract or disorient. And it's ironic that we've mentioned instruments, because while Jewish Music Stream is full of nice melodies, pleasant sounds and Jewish artists, it comes with none of the offensive extras that clutter rather than support an application's function. So give it a download—it's free—go to the single page of the app and hit play. 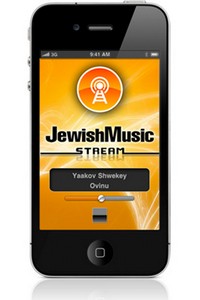 Cost: FreeSupported formats: iPhone, iPod touch, iPad Mish mash Some may feel a little overwhelmed by applications that feature a number of radio stations and shows. For those of you who are indeed looking for a one-stop shop approach to all of your Jewish radio interests, give Radio-J a shot. Designed to appeal to the broader Jewish community, Radio-J really does offer something for everyone: from programming for children and young adults, to insightful talk shows, to Israel news, to those klezmer music hours we all go crazy for, this station hasn't forgotten any segment of the Jewish community. So go ahead, give it a listen. 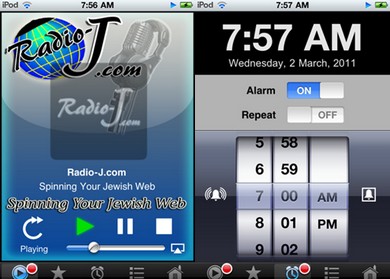 Cost: FreeSupported formats: iPhone, iPod touch, iPad Appaholic is a bi-weekly column which thematically reviews mobile apps with a Jewish or Israeli twist. If you have an app to suggest, send details to [email protected]Follow @JPost_Lifestyle
Advertisement
Subscribe for our daily newsletter