'Jerusalem Post' Person of the Year: The Israeli soldier

The votes are in. Who did 'Jerusalem Post' readers choose as Person of the Year? We narrowed down the top five contenders and asked readers to vote. Here are the results. 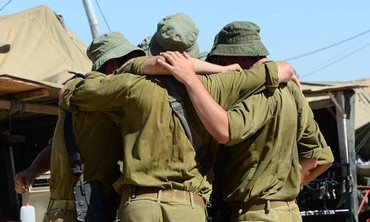 After asking readers to vote for who they think was the most influential figure of 2013, and after receiving many nominations ranging from someone's Jewish Bubby to the great former South African leader Nelson Mandela, the votes are finally in.

Jerusalem Post readers overwhelmingly voted for: The Israeli soldier.Although we received many suitable submissions, once we narrowed down the nominees, the top contenders were Nelson Mandela, Edward Snowden, Prime Minister Binyamin Netanyahu, the Pope and of course the Israeli soldier. 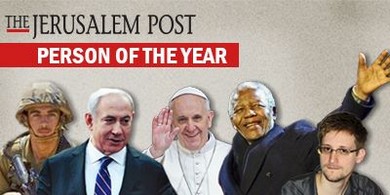 Nechama Rock did not think twice about who she would vote for. "With no doubt: Israel's soliders who protect all of us 24/7 by fighting against terror."Zalmy Kinn said, "There is only 1 to choose from and that's number 1 Israel's soldiers."The IDF was pleased to hear about their achievement, and could not agree more with the nomination.Lieutenant Colonel Shay Shemesh, commander of the Kfir Brigade, told the Jerusalem Post Israeli soldiers "represent values of bravery and brotherhood and are a role model for others. Military service is the right thing to do, and there is no greater pride than wearing an IDF uniform."The first runner-up for Jerusalem Post Person of the Year? Prime Minister Binyamin Netanyahu. 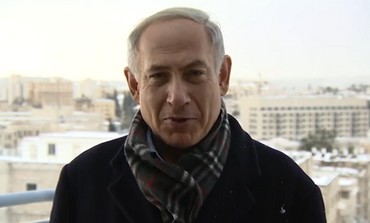 When we asked readers to respond to our poll, many explained why they chose the figures they did. Krickett Douglass said, "Mr. Benjamin Netanyahu!!! What a great leader and wonderful friend to America! Too bad some people don't appreciate him!"Jean Schumacher said, "Super Bibi! He's carrying the weight of the world. And he has a heart of gold!"Some readers were not happy about the final five contenders, and had other suggestions.One reader was unhappy there weren't more religious figures on the list. Jason Taché wrote,  "More than 10 percent of Israeli population goes to Haham Ovadia Yosef's funeral, and you don't even include him in the top 5! Shame on you!" 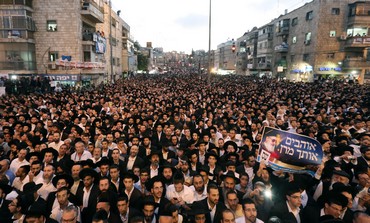 Roy Smith thought it was too close to call between the Israeli soldier and Edward Snowden, saying "It's a toss-up between Israeli soldiers and Snowden. Both have laid their lives on the line for their commitment."John Jay Corak voted for Jesus Christ, even though he wasn't an option. "I Vote for Jesus every year! shalom," he wrote.  Some suggestions were less relevant. Rolle Laos wrote to us on Facebook that he thought the award should go to a rock band. "Black Sabbath !!!! The band wrote No. 1 !!!!!!!!! Rock Album of the year," he wrote.Ken Man wrote, "It ought to be ex- Disney Star Miley Cyrus." 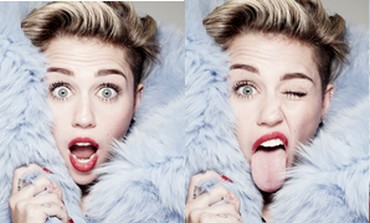 Although US President Barack Obama did not make the final five, reader Debbie Annaratone thought he should also win an award for his achievements this year. Perhaps she should have saved her nomination for a different survey. "Guess who gets my vote for A- hole of all time. That's right the guy called Obama." 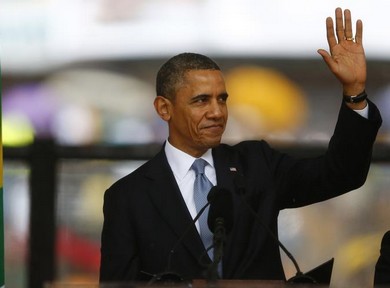 Hopefully, 2014 will be filled with more great inspirational figures. For now, here is a look at the past year of achievements from the IDF: For more updates from the 'Jerusalem Post,' follow us on Facebook.