The Israeli Ballet and the Rishon Lezion Symphony Orchestra join forces in an evening of works for ballet, featuring conductor Yi-An Xu and pianist Dorel Golan.

The Information GameFollowing Daniel Domscheit-Berg (Daniel Brühl), an early supporter and eventual colleague of Julian Assange (Benedict Cumberbatch), The Fifth Estate traces the heady, early days of WikiLeaks, culminating in the release of a series of controversial and history-changing information leaks.
Documenting the PeripheryThe fifth DocAviv Galilee Festival takes place from November 12 to 16 in Ma’alot- Tarshiha. This year the festival highlights two trends: the growing excitement in the documentary film industry and the shift in focus in the arts community away from Tel Aviv and towards the periphery of the country.

For more information and to order tickets, go to www.docaviv.co.il.

Tonight in Kfar Shmaryahu (Weil Community Center, (09) 956-9430); November 10 in Tel Aviv (Conservatory, 054-494-0317); and November 11 in Haifa (Rapoport Hall, (04) 836-3804).MIXEDFrom Poland with FlavorPolish Culinary Week, an initiative of the Polish Institute in Israel, will run until November 11 across the country, offering culinary and cultural events at various venues, including meals created and cooked together by top chefs from Poland and Israel; reconstructions of historical and literary meals; culinary tours; Polish vodka tasting; food photography exhibitions; and cooking workshops.Works by Polish photographer Kris Koznowsky will be on display at the First Station in Jerusalem.For a full program and registration, go to www.pcw.co.il or call (03) 696-2053 (Renata Dabrowska). DANCE 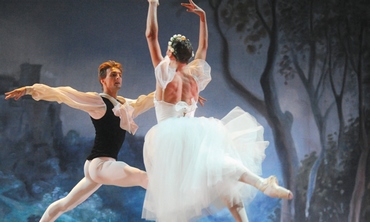 Up for Curtain UpThe curtain will go up on new works by eight of the country’s most promising choreographers at Tel Aviv’s Suzanne Dellal Center and the Jerusalem Theater between November 14 and 27. The Curtain Up program opens on November 14 with two pieces. Roi Assaf’s work features female figures depicted by first-century Roman poet Ovid, while Rachel Ardus’s creation is based on seven male dancers who portray the seven deadly sins. The works will be performed at the Jerusalem Theater on November 25.

EXHIBITIONSCycling in the MuseumA new exhibition at the Holon Design Museum, “Free Wheel – Cyclepedia, Iconic Bicycle Design,” opens November 14. The exhibition presents about 100 bicycles according to four themes: time, content, technology and design. It will be accompanied by bicycle-related events for the whole family, such as a bicycle film festival at the Holon Cinematheque, a bicycle school and an international conference on urban planning and bicycles.


Gutman Museum Looks BackThe Nachum Gutman Museum in Tel Aviv has opened a new permanent exhibition of illustrations and paintings by the institution’s eponymous artist. The show is designed to present Gutman’s oeuvre in a new light and to present the connection between the artist and the evolution of the Israeli national subconscious.For more information: (03) 516-1970 and www.gutmanmuseum.co.il A Leap of Faith Sharon Ya’ari’s extensive exhibition “Leap toward Yourself” opened this week at the Tel Aviv Museum of Art. In looking at Ya’ari’s most recent photographs, representing a kind of archeology of being, the viewer participates in a constant transformation of space and time.Until April 25 at the Joseph and Rebecca Meyerhof Pavilion, Main Building.
UPCOMING MUSIC Pounding the Blues 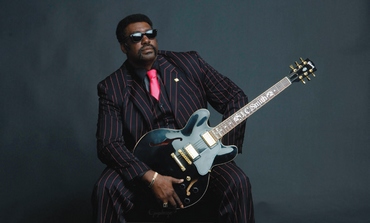