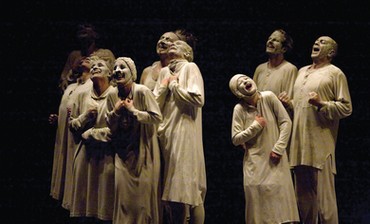 FILM 1. ARTIFICIAL INTELLIGENCE Johnny Depp stars in Transcendence, a film about artificial-intelligence expert Dr. Will Caster, who is working toward creating an omniscient, sentient machine. But a radical anti-technology organization, fighting to prevent him from establishing a world where computers can transcend the abilities of the human brain, tries to destroy him. With Rebecca Hall, Morgan Freeman.2. TELEVISION HERO OR VILLAIN? Claude Lanzmann is the most celebrated director of documentaries on the Holocaust. His most recent film, The Last of the Unjust, will be aired in two parts on Channel 1. The first part airs tonight at 9 and the second on Sunday at 9 p.m. as part of the True Story series. The film is primarily about a controversial figure, Bernard Murmelstein, the third and last “Jewish elder” appointed by the Nazis to run the Theresienstadt concentration camp in Czechoslovakia.THEATER 3. MEMORIAL EVENING Israeli Artists Portray the Agony of the Shoah. An ongoing tradition, this event perpetuates remembrance of the Holocaust with a stage production highlighting Jewish identity. Writers, actors and intellectuals will take part in the commemoration. With Yona Elian, Shay Gabso (pictured), Estee Zakheim and more. 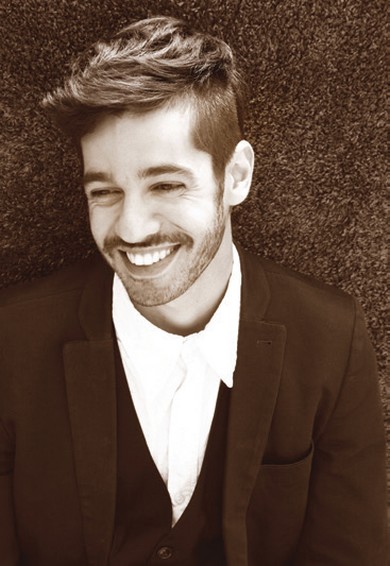 MUSIC 4. IN TRIBUTE A musical tribute to Holocaust Remembrance Day will be held in Jerusalem. On the program are songs by composer Victor Ullman, who died in Theresienstadt: “Three Sonnets from the Portuguese” to words by Elizabeth Barrett Browning, with soprano Revital Raviv and pianist Ido Ariel. There will also be a screening of From Hell to Paradise, a film about pianist Alice Herz-Sommer, who survived Theresienstadt and died in February 2014 in London at age 110.

6. MUSICAL MAGIC Tickets for Pete Doherty’s scheduled debut in the country on Wednesday at Tel Aviv’s Barby Club have sold so well that it’s been joined by a second show on Thursday. Two of Israel’s top singer-songwriters will open the shows for Doherty – Rona Kenan on Wednesday and Noam Rotem on Thursday.

7. TAKING A STAND In honor of Holocaust Remembrance Day, the photography exhibition “Survivors 2014” will be on display for four days at the Amiad Gallery in Jaffa. Some 135 survivors were photographed by 26 top Israeli photographers, who got together to protest the neglect of the survivors by the government. The photographers and the people in the photos will be present at the opening on Wednesday at 7 p.m.Amiad Gallery, 12 Amiad Street, Flea Market, Jaffa, 052-396-9577 8. HEROES IN UNIFORM A new exhibition “Superheroes” by artist Anat Greenberg explores the image of the Israeli soldier. Greenberg uses the soldier’s image as a metaphor of Israeli culture, in which boundaries set by traditional, cultural and social conventions are blurred, and contradictory elements such as the wild, the moral, the lawless and the immoral work together to generate unpredictable processes.

The Artists House, 9 Alharizi Street, Tel Aviv, (03) 524-6685. Opens tonight at 7:30.9. ANCIENT SYMBOLS An exhibition of works by Yoram Raanan is on display at the Heichal Shlomo Museum of Jewish Art. Titled “The Contemporary Art of Ancient Jewish Symbols,” the exhibition includes Raanan’s large paintings, painted book covers and collages.Until May 1 at Heichal Shlomo, 58 King George Avenue, Jerusalem.UPCOMING DANCE10. TEL AVIV DANCE FESTIVAL Celebrating its 25th anniversary, the Suzanne Dellal Center will host an impressive roster of international and local dance companies in a bigger-than-ever edition of the annual Tel Aviv Dance Festival, from April 30 to June 13.The first guest performance will be by acclaimed French company Maguy Marin, with the dance-theater work MayB. The title refers to Samuel Beckett’s affinity for the word ‘’perhaps’’ and recalls characters from his plays such as Waiting for Godot.‘MayB’ will be performed on May 2 at 10 p.m. and May 3 at 9 p.m. at the Suzanne Dellal Center in Tel Aviv.
Advertisement
Subscribe for our daily newsletter