By YONI COHEN
Mayim Bialik
(photo credit: Courtesy Mayim Bialik)
Advertisement
Veteran Jewish celebrities as well as budding new stars from within the tribe made for a busy week on the JPost Lifestyle desk, with the usual restaurant reviews and local travel tips offering a welcome break.News of Lenny Kravitz cancelling his Tel Aviv performance stirred up an interesting discussion among talkbackers over the reasons why the self-described “half Jewish, half black” musician decided not to grace us with his presence.Some may say that she “blossomed” too quickly, but Jewish actress Mayim Bialik is still going strong. The "Big Bang Theory" actress and neuroscientist discussed her real-life role as an observant Jew in an interview.Evan Malach may not be a household name, however that may be set to change after the charismatic Canadian singer won the global Jewish singing contest Hallelujah.There were plenty of other great performances during the live final, which saw 14 young Jews from around the world battle it out to for the top prize.

When not singing or acting, Jews can often be found pursuing another favorite pastime - eating. Always on hand with great advice about the best restaurants in Tel Aviv, the team at Taste TLV suggested the top 5 worthy stops on Ibn Gvirol Street. Other restaurants featured this week included Agadir burger restaurant in Tel Aviv and Cordelia in Jaffa.The stifling heat and abundance of tourists can make going out for a dinner a slightly unattractive option in the height of the summer, and cooking at home suddenly seems like the perfect solution. Neria Barr offered up some charming chicken and fish recipes, perfect for an evening at home. Shirly Bar went one step further with recipes from her new cookbook that promotes the benefits of eating raw, uncooked foods. 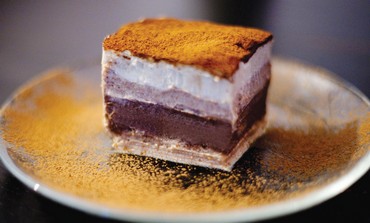 Tiramisu (Dana Meirson)In local travel news, those looking to take a break from it all at the Dead Sea may think twice about visiting the Moroccan-style Biankini in Siesta Holiday Village after reading Gary Rashba’s scathing review.For something with a little more historical significance, Wayne Stiles visited Hebron and took us on a journey to the Cave of the Patriarchs. Joe Yudin went all the way to Jaffa to talk about the only Greek myth that took place in the Land of Israel.A little further a field, Tanya Powell-Jones walked us through the streets of Amsterdam in the latest in her series on global Jewish heritage trails.As children go back to school next week, look out for some more sophisticated dining options and travel destinations.The writer is JPost.com's Lifestyle editorFollow @JPost_Lifestyle