Voices of Jerusalem: Capital of gourmet

By LOREN MINSKY/ ITRAVELJERUSALEM.COM TEAM
JANUARY 26, 2014 13:43
Chef Ran Atun
(photo credit: Courtesy)
Advertisement
“I have always enjoyed being in the kitchen,” says Ran Atun, chef of La Pavee French gourmet restaurant just off prestigious King David Street in Jerusalem. “This is partly due to my Tunisian heritage, and my mother’s rich and delicious cooking.”During his time in the army, Ran found himself in the kitchen for part of his service. Thereafter, he went to work at the Leonardo Plaza (then Sheraton Plaza) under the wings of renowned chef Shalom Kadosh, whom Ran’s father is friends with. “The more time I spent in the kitchen, the more I fell in love with cooking.” Ran learned an immense amount from Kadosh and went on to train as a chef at Hadassah College. After that he decided to go to Paris and train in Le Cordon Bleu for six months. He did a stage at a fine Parisian two-star Michelin meat and fish restaurant, Atelier, where he worked with celebrated chefs. When he returned to Israel, he worked as sous chef at a number of French and Italian restaurants in Jerusalem, Tel Aviv and Herzliya. “I wanted to gain as much experience as possible,” shares Ran. “The highlight over this time was working at the restaurant La Regence at the King David Hotel.”During this time, Ran played with the idea of opening up his own restaurant. One day, his father saw a space available for rent off King David Street in downtown Jerusalem. Though it was just a garage at the time, both Ran and his father saw the site’s potential and went full steam ahead creating their dream restaurant. Ran’s father designed everything from scratch. Ran’s sister, a graphic designer, conceptualized the name and logo and took care of the creative aspects, where as Ran focused on the menu, which he had been working on for years. The restaurant opened for business seven and a half months ago. 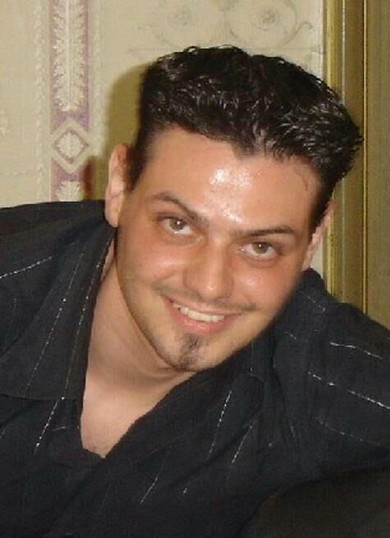 The name of the restaurant "La Pavee" has multiple meanings. It is used to describe interlocking paved stones of Paris, it is a reference to a fine cut of meat and is also the name of a street in Toulouse, France where there is a synagogue from the 13th-century in the Jewish Quarter.Ran’s family are very close and even though his mom is not hands-on in the business, she offers a lot of crucial love and support. “I love working with my family,” says Ran. “It is a very patient, supportive and understanding atmosphere, with less pressure, and the shared intention to make the business work.” Ran is divorced and has a nine-year-old daughter, whom he considers his “little angel”. She also helps out in the restaurant when she is on vacation in ways that she can.A typical day for Ran in the restaurant starts at noon. His time is spent mainly in the kitchen, though he divides the cooking with his“talented and professional”sous chef Avi Perez, who has contributed to the menu a great deal. Ran also takes care of logistical aspects like orders and deliveries, and his father handles the business side of things. La Pavee seats 85 people in total, with indoor and outdoor seating. The restaurant is suitable for personal and corporate events with the possibility of a dedicated space for 40 people. The décor is simple and classic with a subtle French style.La Pavee is open for lunch (with a business meal option) and dinner. The French fusion gourmet menu has clearly been formulated with great care to Ran’s favorite appetizer on the menu is red tuna with beet carpacciothe finest details. There is also an extensive fine wine list and full bar offering, preserved lemons and fresh cubed tomato salad. For mains, he enjoys the duet veal and lamb chop dish. “What’s the best part of what I do? Seeing a smile on the face of people eating the food,” says Ran. “That’s where the satisfaction lies. Though it’s wonderful to know how to cook, seeing the response of clients is what makes me happy.” 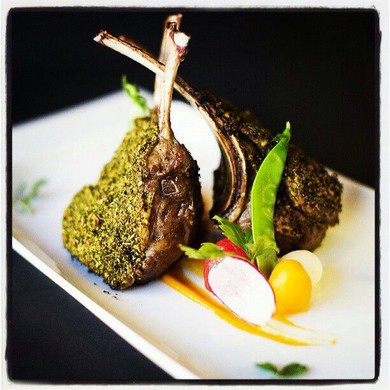 One of Ran’s highlights since opening was a cocktail party held twice on a Friday afternoon in the summer. Friends, family and customers attended and tucked in to a buffet and enjoyed live jazz. The plan is to resume this in the summer.According to Ran the hardest part of being a new restaurant on the scene is not the physical work but waiting for people to discover and try the restaurant. Ran and his father make sure to advertise a great deal, more so than a restaurant right in the center of town. The restaurant target market is everyone – from tourists to young couples to Haredi Yeshiva students.Ran really loves the location of the restaurant, “near the center of the city but on a quiet, intimate and romantic street reminiscent of Italy and Europe.” Ran grew up in PisgatZe’ev and MaalehAdumim. “I love Jerusalem,” declares Ran sincerely. “I have had a lot of opportunities to leave the city and work with famous big chefs in other places but did not go.” Though Ran doesn’t currently have much time for eating out, his favorite spot is the nearby Mirror Bar. “The quality dishes from their bar menu are light and tasty.” However, for Ran, the best meal he has ever had would have to be one of his mother’s. He particularly loves eating a Tunisian dish that consists of couscous, meatballs and potatoes.To relax, Ran listens to Torah lessons on TV. “I enjoy learning from wise people,” says Ran. “I also love spending time with my little girl.” “What would I do in another lifetime? I’d love to be able to sing!”Ran is working on a new concept for the restaurant industry. Beyond that, he’d like to go to Italy at some point to really learn about Italian cuisine. But his plans for the near future are centered on making the business a success and helping make Jerusalem the capital of gourmet.La Pavee
4 Moshe Has Street, Jerusalem
+972-2-540-1921

ITravelJerusalem.com is a new online international travel portal offering all the latest information on things to do, places to eat and places to stay in Jerusalem.
Lauren_Jpost" class="twitter-follow-button" data-show-count="false" data-size="large">Follow @Lauren_Jpost
Advertisement
Subscribe for our daily newsletter