Sushi and cappuccinos? An improbable menu of restaurants can be found in the heart of Jerusalem’s shuk. 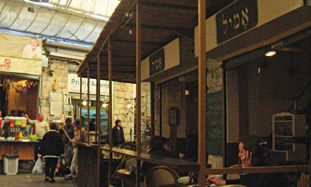