How the great-granddaughter of a German refugee dressmaker set up her haute couture label from her Jerusalem atelier.

JERUSALEM’S OLD City walls play host to a Brager Couture Black & White gown
(photo credit: NINA BRODER)
Advertisement
It was an old 1960s sewing machine in the basement of her parents’ Efrat home which belonged to the previous owners that piqued the interest of Nina Broder. She had finished her two-year army service and was studying architecture and interior design in Tel Aviv while interning as an interior designer. She dusted the old machine off and started to teach herself to sew. Two years on, at just 23, she has launched her very own collection of haute couture handmade dresses under the “Brager” label.Working on a very tight budget, Broder set up her atelier, or private workshop – now with her very own sewing machine – in her living room in Jerusalem’s German Colony. Moreover, she is the designer, pattern-maker, pattern-cutter, seamstress and business brain all in one.The carefully chosen Brager fashion label is a tribute to Broder’s elegant great-grandmother Gretl Brager, a talented dressmaker who was born in 1912. Gretl’s father died when she was just 16. So to help her mother and five siblings, she became an apprentice in Hamburg’s Topp and Frank department store. Her employer allowed her to observe Shabbat, a testament to Gretl’s immense skills. When she married in 1938, she even made her own wedding dress, in spite of the difficulty getting fabric at the time.When Gretl was forced to escape Germany, among her few personal possessions was her beloved sewing machine. First, she traveled to Paris, where she met up with her husband. Ernst was a journalist who was wounded while serving as a soldier in the First World War and was awarded the prestigious Iron Cross. The couple’s goal was to sail to the US where they had a cousin who would sponsor them, but they were too late as by then the ships had stopped sailing.Instead, Gretl and Ernst sailed to London in 1939. They set up home in the largely Jewish suburb of Golders Green in northwest London, where they raised their daughter, Rose (Broder’s grandmother), and son, David. Gretl continued making clothes for herself as well as for family and friends. Later, Gretl learned that her family was murdered in Riga in 1941. (She died in 2007 at age 95.)It is this poignant family legacy that inspired Broder to embark on her profession of creating hand-made dresses, mostly self-taught.“I did not study fashion design. I took a class once a week for about a year, leaning the basics of sewing. Most of what I know is simply from trial and error, along with a lot of patience and passion.”Since a young age, Broder always dreamed of being a fashion designer which, coming from a very creative family, is not surprising. Her mother, a trained artist, together with her father now runs The Workshop at Gush Etzion where families and groups create Judaica from wood. Her younger brother, Yona, is a photographer.Broder, who is Orthodox, was born in Jerusalem but at the age of seven moved with her family to the US for a few years, where she got her first taste of American fashion.“Growing up I always had a pull towards the fashion industry. My uncle had a hip-hop clothing business in New York, and many Sundays we would hang around the office. I also recently found old sketches I drew of clothing whilst I was in elementary school.” 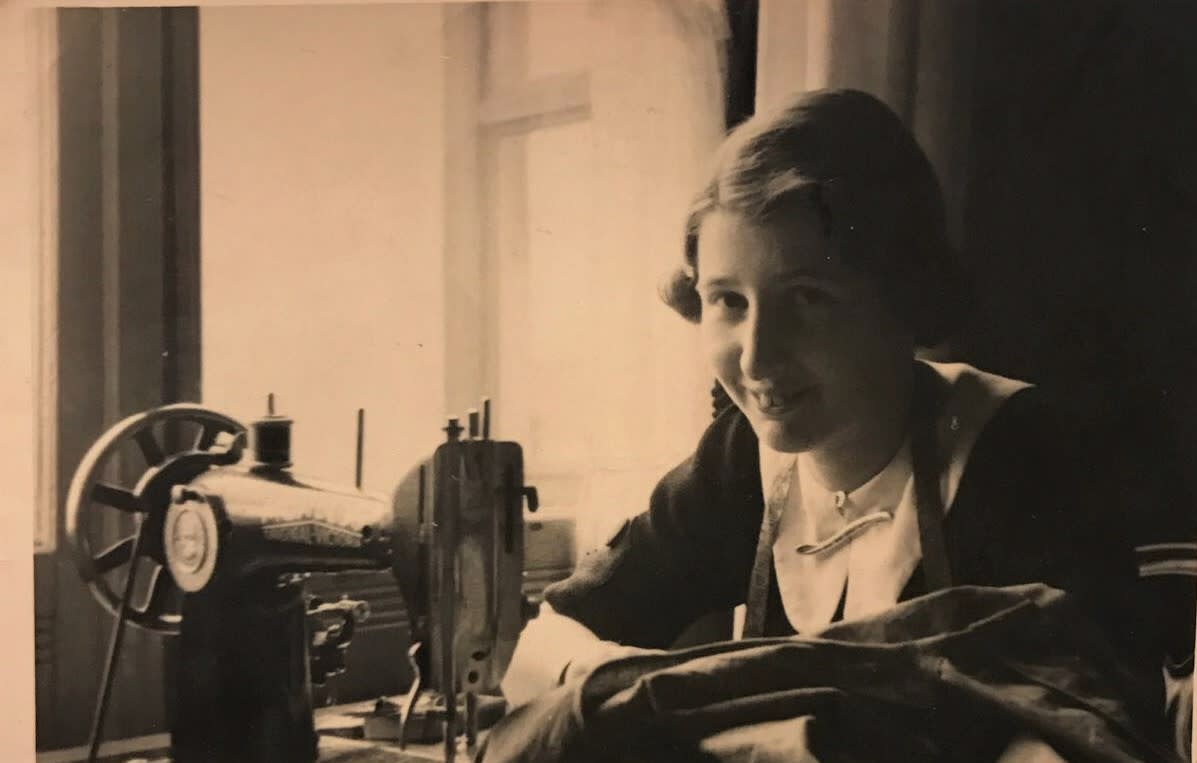 JERUSALEM’S OLD City walls play host to a Brager Couture Black & White gown.(photo credit: NINA BRODER)BRODER DREAMED about launching a fashion brand, but as she couldn’t sew, she accepted that it was perhaps just a pipe dream. It was while serving in the army that she became inspired by interior design and would spend weekends going to IKEA with friends, offering to re-do their bedrooms. Then, while studying architecture and interior design in Tel Aviv, she found herself spending all her time in classes sketching dresses. Soon she dropped out of college, and while working as an interior designer, stayed up most nights experimenting with fabric samples taken from the showroom. From there her dream began to become a reality.If hip-hop is at one end of the fashion spectrum, Broder’s evening wear line is at the other, filling what she says is a “huge gap” in the Jerusalem market.“My main goal is to mix modesty with haute couture. It is something you rarely see on the runway. Many high-fashion brands make very revealing garments, and I find it extremely beautiful when a woman dresses modestly. It makes a woman look elegant, classy and approachable.”It was a trip to the costume exhibit at the Metropolitan Museum of Art in New York City that propelled Broder into high-end fashion. “I was very into streetwear and my style was extremely laid-back. I never appreciated art and garments like that before. I found it to be mesmerizing and fell in love with haute couture. My style today is a lot more European.”Broder hopes to spend some time in Paris soon, soaking up not just the fashion, but also the beautiful architecture, which is an inspiration for her work. In the meantime, she has just started learning French in anticipation of her travels. For now, most of her time is spent in her atelier listening to classical music, while working on her collection, inspired by the likes of Alexander McQueen, Givenchy and Valentino. So far, she has had two pop-up sales and is planning more for different cities in Israel. She also does bespoke dressmaking, designs made from scratch to the buyer’s specifications.She recently created an evening dress in shades of ocean blue for her grandmother Rose, on the occasion of her first granddaughter’s wedding. It was another heartfelt experience for Broder.“It was such a great honor making my grandmother’s dress 70 or so years after my great-grandmother did the same for her when she was just a young child. It felt as if we had come full circle. If she’s looking down, I know she’d be smiling.”Broder is determined to make an impact on Israel’s fashion industry, which is still relatively young. It is a legacy that is especially important to her given how much her great-grandmother endured as a Jew in Europe.“I definitely do not take it for granted that I live in Jerusalem, Israel, after everything my ancestors went through,” she notes. “That is the reason I feel it is important to continue the Brager name, especially here. They went through so much suffering and pain, and had their lives torn away from them simply because they were Jewish. It is remarkable that we finally have our own state where we can live freely and practice our beliefs. It must have been something they only dreamed about and I’m lucky and blessed to be living that reality. My dream is to continue the name my family lost and build it into something of which they would have been proud.” For more information, go to: bragercouture.com.