Toronto's Jewish community – the 3rd-largest in N. America – is unparalleled in its support for Israel. A behind-the-scenes look into 'hasbara' there.

By DAVID BRINN, TORONTO
JUNE 18, 2010 19:10
walk with israel 311
(photo credit: David Brinn)
Advertisement
It somehow seemed appropriate that, two nights before Prime Minister Binyamin Netanyahu received a hero’s welcome from the Toronto Jewish community as he launched the annual “Walk with Israel” last month, legendary singers James Taylor and Carole King were serenading a Toronto audience at the Air Canada Center with their King-penned signature tune, “You’ve Got a Friend.” Because, the wide world over, Israel may not have a better friend than the 200,000 Jewish residents of Toronto.RELATED:
The bang behind the bucks
Sabras and maple leafs
Campus crashesAnd it’s not just a “call me if you need me” type of support. It’s exemplified on a 24/7 basis: on the ground – with almost 10,000 people, only 24 hours before the Gaza flotilla raid would curtail his Canadian visit, greeting Netanyahu with rapturous applause before walking seven kilometers through Toronto waving Israeli and Canadian flags at the 42nd annual Walk with Israel; in the air – with almost 75 percent of Toronto Jewry having visited Israel at least once, a huge spike over their American Jewish neighbors; and out of their pockets – Canadian Jewry contributes around $60 million to Israel each year, and the UJA Federation of Greater Toronto gives more than all the other Canadian Jewish communities combined, to programs developing what they like to call Israel’s “frontier.”“We’re the third-largest Jewish community in North America behind New York and Los Angeles, but we’re different in that in addition to meeting the needs of the Jews who live here, a major focus of our work – as well as many members of our community – is on Israel,” explained UJA Federation of Greater Toronto president Ted Sokolsky.Driving north out of Toronto’s downtown area along famed Bathurst Street on the way to the federation’s bustling Sherman Campus, there are indications for miles and miles of a strong, vibrant Jewish community – day schools, synagogues, kosher bakeries and restaurants.The Sherman Campus is currently undergoing a huge overhaul, and along with a refurbished downtown area Jewish community center and construction under way on the even more northward Joseph and Wolf Lebovic Jewish Community Campus in the heart of the York region – new facilities and services are being created to meet the needs of the diverse and growing community – which now includes an influx of 60,000 Russian Jews and Israelis.ACCORDING TO Alan Winer, the volunteer chairman of the federation, the bond between Toronto Jews and Israel is a natural one and, bucking international trends, is being strengthened among the younger generation.“If I look at the generation before me, it was incredibly Zionistic, incredibly community oriented. And it’s been able to pass on that kind of feeling to the next generation. That’s been the real success,” he said. “The challenge is to make sure my kids or my children’s children have that same feeling. So we spend about 20 percent of our budget on Jewish education, on tuition assistance, on programming. And on top of that we spend a lot on supplementary education, formal education, along with a strong camping system and great involvement from parents. It all brings home the message to the kids.”Confident, financially secure and basking in the staunch support Israel receives from the government of Prime Minister Stephen Harper, the Toronto Jewish community is able to put its full and vocal backing behind Israel. The Walk with Israel, undeterred by the protests of a few hundred pro-Palestinian demonstrators, boosted by a contingent of Natorei Karta supporters, was an impressive show of force.“The Walk is the one time of the year that all the different faces of the community come together,” said Sokolsky. “In Toronto, like in Israel, we have a really diverse community, whether it’s religious, Russians or Israelis. But when they all come together to walk for a common purpose and love, it’s really a heartwarming event.”Understanding the clout of the Toronto Jewish population, a long line of national and provincial elected officials and candidates – including former Montreal Canadiens goalie Ken Dryden, now a Liberal Party MP for York-Central – crowded the CNE Direct Energy Center along Lake Ontario to hear Netanyahu speak and to show their support for Israel.“Nowhere in the world have I met such a strong, well organized and self-confident community,” said Amir Gissin, the consul-general for Toronto and Western Canada, who said he receives some 500 requests to attend Israel-related events each year (“I’m starting to be a bit more picky, but I accepted over 200 last year”).“The Toronto Jewish community is the most Israel-supportive community I’ve 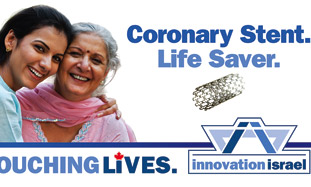 As successful as the pilot campaign may have been, Gissin is alreadylooking ahead to what he sees as the next way to cement Israel’spositive image in Toronto – and the world over. And it’s another “aheadof the curve” idea which he sees as the future of the relationship ofIsrael and the Diaspora, at least from the aspect of advocacy.“We need to use the Jewish communities all over the world – and I thinkthe Toronto community will be a leader in this – to build bridges toother emerging communities in North America. To do it, we must use thestrength of the Jewish community, not in terms of resources orphilanthropy, but through its expertise,” said Gissin.“Jewish communities in North America started very low, very poor withlots of anti-Semitism. Look where they are today – very rich, organizedsophisticated communities. The knowledge and experience gained duringthose years from being a neglected, poor community to where they aretoday, there are so many newcomers to North America that can use thisknowledge of building a functioning community, institutions andorganizations – all we have to do is share this experience.”Gissin cited the Jewish-Somali Mentorship Project – which began lastMay and is supported by the UJA Federation of Greater Toronto, CanadianJewish Congress, Canadian Somali Congress, Canadian International PeaceProject and Canadian Heritage – as a successful example of the concept.“It’s not a gift of money, but a new kind of philanthropy – it’s togive and share experience,” he said. “That gives an opening tosomething which sounds simplistic but true. The most important thingnowadays, for Israel and for the Jewish community, is to make friends.If you look at all the events and efforts against Israel, boycotts, UN,apartheid week, NGOs human rights – there is an effort, an attempt toisolate and single out Israel. What do you do when somebody’s trying toisolate you? You make friends.”Gissin admitted that it will take time to implement his plan because it’s not in the DNA of most Jewish communities.“We have a tendency for self-isolation,” he said. “We have our ownfears of getting our young generation in touch with the younggeneration of other communities. It’s part of who we are as Jews, weneed to secure our youngsters, we’re well aware of that.“But to share information and give a hand to emerging communities onthe adult professional level is, I believe, the future ofcross-communal relationships that in time will help the Jewishcommunity bring friends on board to support and accept Israel anddeclare that friendship loudly.”         James Taylor and Carole King couldn’t have said it better.
Advertisement
Subscribe for our daily newsletter