In Paris 2003, young Jewish disc jockey Sebastien Selam was brutally murdered by his childhood friend Adel Amastaibou. The killer was declared insane, sent to a mental institution without trial - and allowed out on weekends. Recently the Selam family was given new hope for justice.

By BRETT KLINE, JPOST CORRESPONDENT IN PARIS
JANUARY 24, 2010 19:36
Sebastian Selam 311
(photo credit: Alain Azria)
Advertisement
After yet another frenzied night spinningR & B and house tunes in a top Paris nightclub, Sebastien Selamwent home to his mother just off Place Colonel Fabien in the 10thdistrict, not far from the hilly Buttes Chaumont Park. It's a typicalfive-story Paris apartment building owned by the huge AGF insurancecompany, with small balconies lined with flowerpots, but surrounded bycity-owned housing projects in a bustling neighborhood with the toughsons of immigrant families hanging out on the streets. 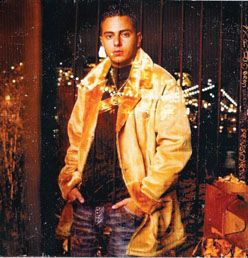