Samir was a social revolutionary aiding refugees in Damascus; he didn’t imagine that their story would become his. 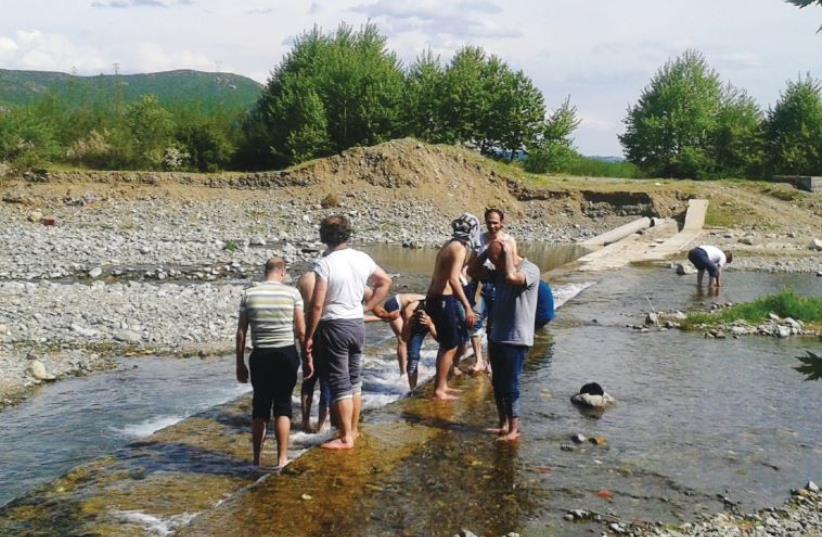 Samir and his companions bathe in a stream in Macedonia
(photo credit: Courtesy)
Advertisement
Four years ago, Samir was aiding refugees in Damascus. It was one of his responsibilities as a member of the Communist Party.“We had many refugees, Lebanese people from the 2006 war [with Israel], Somalis and Sudanese,” says Samir, 25, whose real name is concealed for the safety of his family in Syria.“Every mosque in Damascus had a charity box for them. Who would have thought that one day I would become a refugee?” Escaping the secret service: First stop, Egypt I met Samir in Cairo in November 2014. At this point he had been out of Syria for a year, but he still held on to his youthful communist ideals. He spoke of Trotsky, Che and others.He sounded like a 1960s idealistic American, protesting the war in Vietnam. With his spectacles and shaggy hair, he looked like a college student who had just stepped out of campus on his way home, waiting to go back.“I believe in equality, and that’s what we wanted to achieve in the Syrian revolution,” he says, “that’s actually why I’m here in Cairo. I had to flee because of my involvement.”A few months later Samir disappeared into thin air, leaving his friends confused and unaware of his whereabouts. An explanation arrived later in an email: “Sorry I didn’t answer your message, I’m now in Germany, I entered Europe illegally with a rubber boat.”In a phone interview, he told me about the journey from Egypt to Europe.“I was working and making a life in Egypt, until the Mukhabarat (Egyptian General Intelligence Directorate) showed up at my friend’s apartment and asked some questions about me. This was a short time after I was participating in political activities and demonstrating in front of the Syrian Embassy.“Hearing this from my friend pushed me to fly to Turkey immediately, where I lived in a flat with my cousins for two weeks. They wanted to leave to Europe, and I decided to join them.”Stranded at sea, stuck on an island: From Turkey to Europe Turkey has been hosting the largest number of Syrian refugees, close to two million. Although (according to the UNHRC report) the Turks are excelling in absorbing refugees, the numbers are overwhelming.In a country where one out of 10 Turkish citizens is unemployed, the government is reluctant to give the refugees work permits. As a result, many refugees are working illegally for low wages, and the downtown areas are full of Syrian beggars. This situation is pushing many refugees to journey on to Europe, despite the risks.“Four times we tried to reach Europe by boat, and it cost us $900,” Samir says.“On our first venture we met the Greek coast guard at sea. They took our motor and told us they will return with a bigger boat to bring us to Greece. We waited for five hours, during which we called them a few times. They just said ‘We’re coming’ and laughed on the phone. 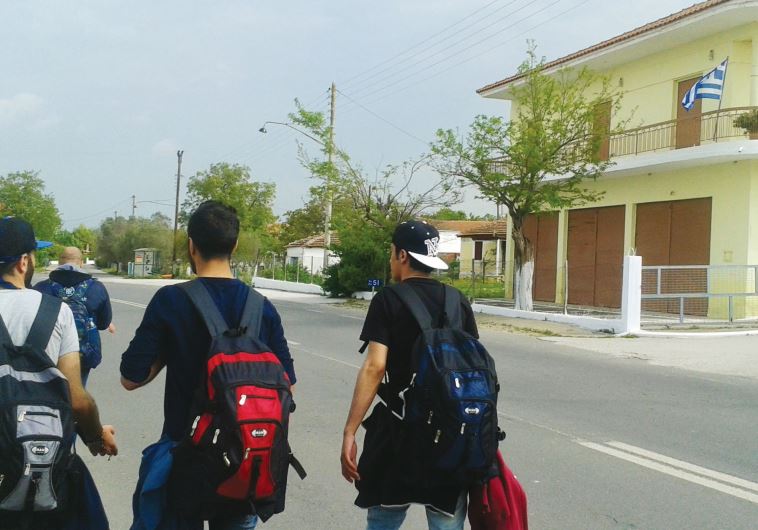