A highly-talented and select group of young filmmakers visit the country to develop scripts based on their own experiences.

By BARRY DAVIS
PHILIPPE LACÔTE_521
(photo credit: CHEN KLIPA)
Advertisement
Earlier this month a group of budding filmmakers convened at Mishkenot Sha’ananim in Jerusalem to get some help with furthering their incipient skills. Six of the young directors and scriptwriters were local while the other half-dozen came here from the Ivory Coast, Uruguay by way of Spain, Mexico, Germany, the United States and Argentina. The event, the first stage in the new Jerusalem International Film Lab project, took place under the auspices of the Talpiot, Jerusalem-based Sam Spiegel Film & Television School and its director Renen Schorr.The final lineup was the result of a long process in which various screening committees scrutinized the candidates and their proposed projects. The list of foreign filmmakers was whittled down from no fewer than 120 candidates, while the local six were chosen from 35 film and television studies graduates.This was no ordinary group of young film and TV professionals; most of them had already demonstrated their abilities on major stages around the world. For example, Alvaro Brechner, 35, a Jewish director and scriptwriter born in Montevideo, Uruguay, and resident in Madrid, had his directorial debut, Mal Dia Para Pescar (Bad Day to Go Fishing) premiere at the 2009 Cannes Film Festival as one of seven films in the Cannes International Critic’s Week competition.“We are delighted that our very first group includes some of the leading young artists in the field, from abroad and from Israel,” said Schorr. “Five out of the six international artists came here after their first feature film was screened or developed by some of the world’s major festivals.”Schorr was equally pleased with the way things went on the domestic side of the lab preliminaries. “The abundance of proposals we received from Israeli artists, two-thirds of whom are not graduates of the Sam Spiegel school, reflects the belief in the transparency of the process, and that was very important to me and to the supporters of the lab.”This month’s week-long program at Mishkenot Sha’ananim was the first phase of the lab’s three stages, which will be spread over seven months. The participants are due to return to Jerusalem in March, after preparing a first version of the script for their individual movies. Thereafter, work will continue between the filmmakers and their lab consultants, including producer Hagai Levy, by e-mail and phone calls. The lab program will culminate with the participants and their film producers presenting their projects to an international judges panel, which will include Locarno Film Festival curator Olivier Pere, Cannes Film Festival Cinefondation young filmmakers’ lab executive director Georges Goldenstern and Sundance Institute director and screenwriter lab director chief Alesia Weston, at the 2012 Jerusalem Film Festival. 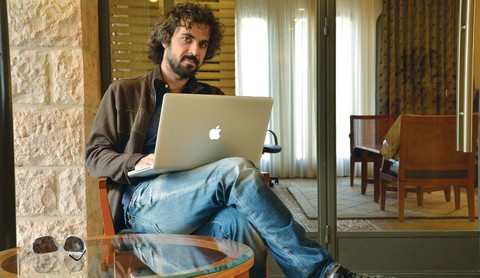 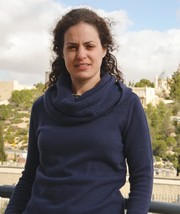 Tzvia Barkaihuman sort of redemption in which the main character finds freedom.” She continues, “There is the idea of where you come from and where you are going, which I get from my religious background, which I think comes across in the story.”Barkai is, naturally, keen to get her story out and says she is encouraged by her acceptance for the current Jerusalem International Film Lab project, notwithstanding the unconventional and, for some parts of Israeli society, unacceptable subject matter. “Religious society still has a long way to go in this area,” she states, “but I started detaching myself from the religious community quite some time ago. It is far more difficult for religious young homosexuals who still want to be part of that community.”The Red Heifer adds another dimension of challenges to the subject. “Not only is the main character a lesbian, she also grew up in a place in which she had to accommodate the religious and political beliefs of the religious-Zionist approach. That is a part of me too.” For more information about the Jerusalem International Film Lab project: www.filmlab.jsfs.co.il
Advertisement
Subscribe for our daily newsletter