Lovers of Zion: The growing phenomenon of Koreans in Israel

Unlike Russians, Germans, Greeks and Armenians, Korean Christians don’t have their own quarter or Old City cathedral, but they are a growing and often strongly Zionist community in Jerusalem. 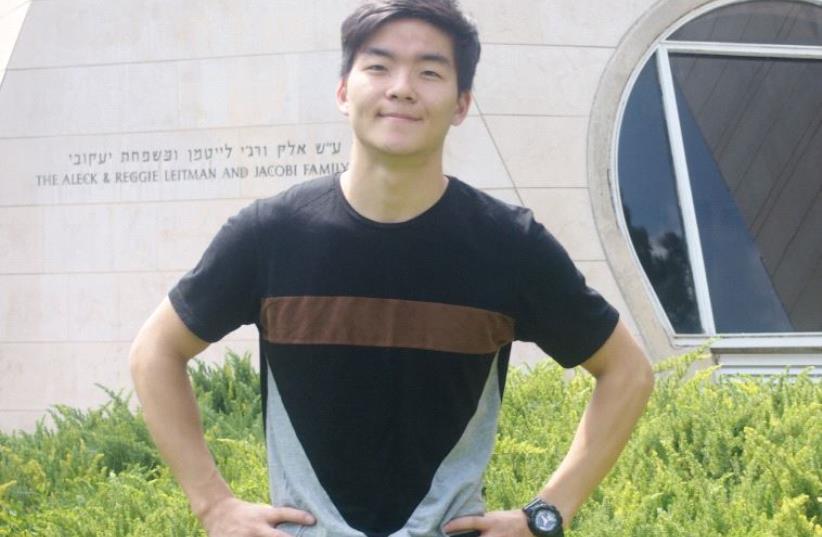 Ezra Kim, who was born in Bethlehem, studies biblical studies at the Hebrew University
(photo credit: JACOB ATKINS)
Advertisement
In May 1995, Ezra Kim entered the world in a Christian hospital in Bethlehem.The doctor told his parents that he was the first Asian to be born in the hospital, and possibly the first in Bethlehem – a great honor for this deeply Christian South Korean family.

Other than a six-year hiatus completing high school in Seoul, Kim has been a content Jerusalemite. He still remembers the names of his friends from primary school: Eitan, Ophir, Nir and Liel. For the next 10 years, he’ll be found overlooking the city he loves from the Hebrew University library on Mount Scopus, earning a master’s and then a PhD in biblical studies (with two years mandatory army service in South Korea thrown in).“I want to be a pastor. That’s been my only dream since I was born, since my Dad made a promise to God,” he says. “To be a pastor you have to know the Bible well, and the place to know the Bible well is Israel.”Irena Cho wasn’t born in Jerusalem, but her family moved here from South Korea when she was three, and never left.“If someone is asking me where I want to live, here or there, I will answer him: here. That’s for sure,” says Cho.This is her 20th year in Israel, but she’s only allowed to stay because her enrollment at university entitles her to a student visa. “Misrad Hapnim [Interior Ministry]!” she shrugs, and laughs. “Sounds crazy, huh?” She looked into volunteering for the army, but heard that they already had too many takers, so didn’t pursue it.KIM AND Cho are some of the veterans of an estimated 800-strong community of South Koreans in Israel. Often overlooked by Israelis as tourists or greeted in the streets with “Ni-hau!” (“Hello” in Mandarin), many have been quietly putting down roots here, mainly in Jerusalem.What entices people from Seoul to make their way to Jerusalem? The student village at Hebrew University, which many call home, is a far cry from the global, hyper-connected capital of South Korea. On Saturdays, sipping coffee at Aroma is the only recreational activity within walking distance.Everyone interviewed for this article had their own personal reasons for being here, including a desire to study in the vaunted Jewish tradition. But like many who are called to Jerusalem from across the seas, there is one common element: God.Kim, an aspiring pastor, is sitting in the basement of the Jerusalem Alliance Church on Hanevi’im Street in downtown Jerusalem, which is rented every Saturday by his congregation – all Koreans. He has just finished playing the drums in a six-piece Christian rock band that performs the music for the service in Korean. 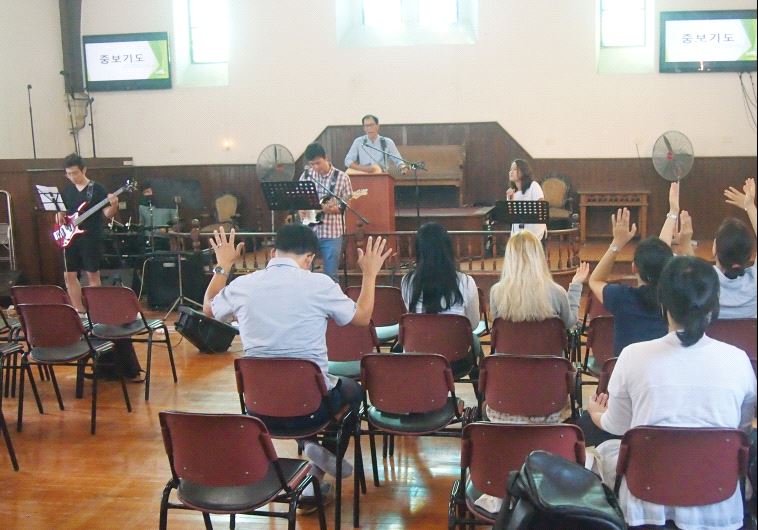 South Korean church in Israel (photo credit: JACOB ATKINS)
The 42 other churchgoers are a mixture of students and families. Everyone who has counted says there are five such Korean churches in Jerusalem, and one each in Tel Aviv and Haifa.“I decided at 16, during the first year of my high school [to come back to Israel],” Kim remembers. “I’m not thrilled about the studies that I have in high school in Korea so I just finished it fast and then I decided – me and my Dad, we talked – and I decided I wanted to come here to the university.”His father was studying in Jerusalem when Kim was born, but the hospitals were expensive so they opted for Bethlehem, which happened to be the birthplace of another person wellknown to Christians.Kim found studying in his home country (or his other home country, more accurately) an unwelcome change.“There was a big difference between Israeli schools and Korean schools. I was more comfortable with the schools here because I was born here and this was my hometown for a long time.”“Everybody looks like me [in Korea] so that is something familiar. But except for that, all the system of the schools or how they educate their kids or sometimes beat the kids – not anymore now, but when I was in school – that was all a bit shocking.”He took care of his high-school obligation by completing his matriculation exams at age 16 – two years ahead of his friends. Instead, he stayed at home with his father studying English, Hebrew (again) and the Bible, in preparation for his return.JIHYE ROY, also from Seoul, came to Israel for the first time in 2013 to volunteer in a South Korean charity, where she taught painting to Ethiopian- Israeli children from single-parent families.“I just [had] one class once a week,” she recalls. “That means I had lots of time, so I rented a car and I drove to travel all around the country. It was in between winter and spring, so the whole country changed in a fantastic way. This country inspired me a lot, and I’m Christian, of course, so there was no reason to say no to come here.” 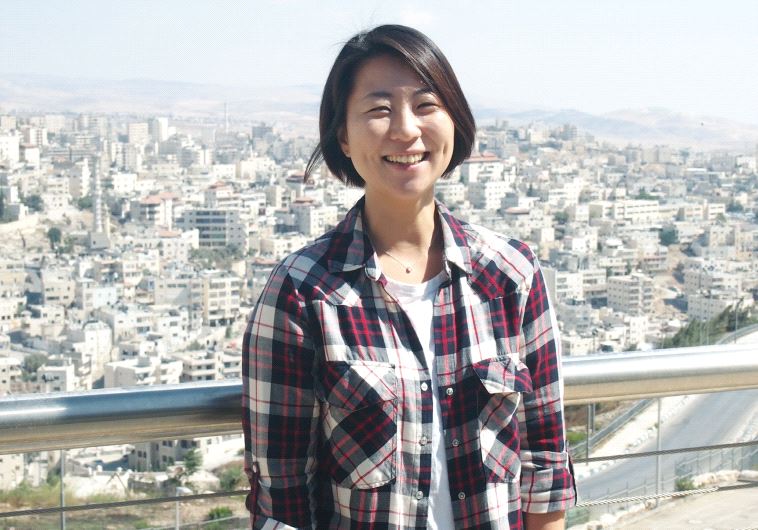