Palestinian girls play soccer to win in the West Bank

The Palestinian Women’s National Soccer Team trains under harsh conditions in a sport that seems to give hope and incentive for change. 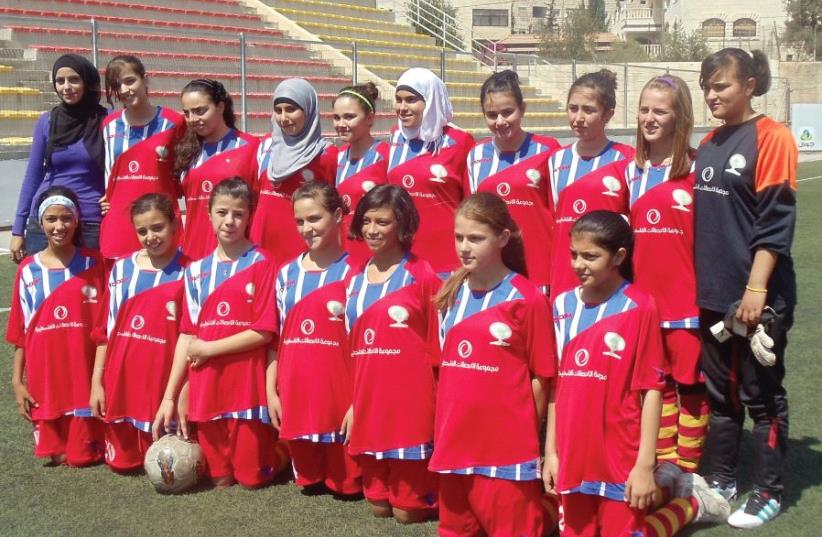 The Palestinian Women’s National Soccer Team
(photo credit: Courtesy)
Advertisement
Already at nine in the morning, E-Ram’s streets are burning with heat. It crawls through the lively markets and into the crowded buses, lingering above the artificial grass of the town stadium, home to the Palestinian Women’s National Soccer Team. Instead of advertisements for American beer or energy drinks, the banner ads on the sideline feature portraits of Mahmoud Abbas and Yasser Arafat.Three times a week, Dima Youssef, 22, comes here to play soccer. Even last month, during Ramadan, she notes that “games take place at night after people have had dinner, or right before sunset so you can go eat and drink afterward.”