'Volatile and dangerous’: The nexus of politics and art in Israel

Art – especially political art – has been drawing a lot of fire in Israel recently. Is this a bad omen or a sign of growth for the local art world? 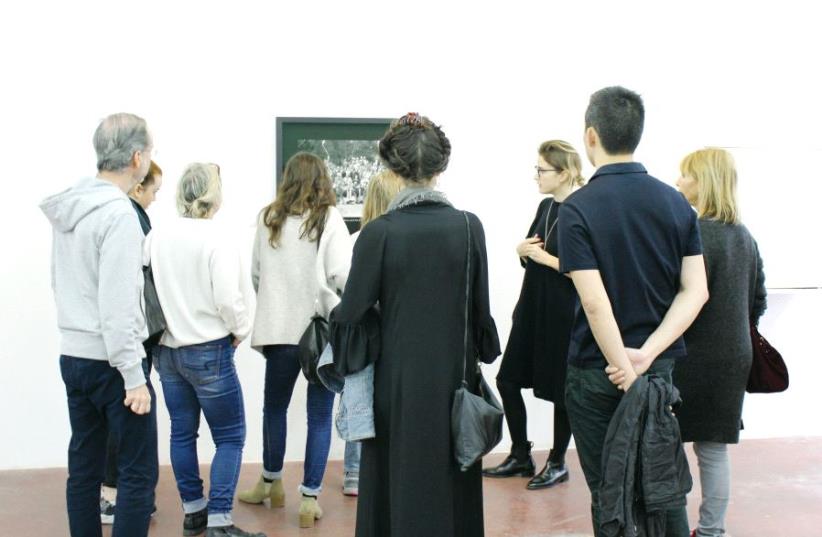 Art adviser Sarah Peguine briefs tour-goers during an art tour in Tel Aviv
(photo credit: ALEXIS OSTROBROD/PITAYA WORK)
Advertisement
Tel Aviv residents and bystanders who happened by Rabin Square in the morning hours of December 6, 2016 were greeted by an unusual sight: a four-meter tall sculpture of the prime minister.A golden Benjamin Netanyahu presided over the square in front of the Tel Aviv Municipality building, creating a stir among onlookers as they gathered in crowds and inquired as to the origin and meaning of the structure, reminiscent of Soviet-era monuments of leaders that can still be seen in such locations as Moscow’s Red Square.

An evacuation order from the municipality hung on the sculpture, announcing the absence of proper authorization for it to be displayed. Before the sculpture could be removed, however, one bystander decided that he’d had enough and pushed it to the ground.The sculpture was still making headlines, when, several days later, another art incident made waves: Students at Jerusalem’s Bezalel Academy of Arts and Design hung posters depicting Netanyahu beside a hangman’s noose. Attorney-General Avichai Mandelblit announced that he would order the opening of an investigation into the matter, and meanwhile, a new poster surfaced in response – this time showing the prime minister with a noose superimposed over his genitals.Culture and Sport Minister Miri Regev was quick to release an indignant statement, deeming the chain of events acts of incitement: “It began with a statue in the city square and now it has come to a noose.”Political unrest and resentment of the Right are not the only incentives for these acts. Indeed, many believe that the contemporary art scene in Israel is going through one of the most taxing periods it has known in years.Itay Zalait, the sculptor and artist who created the “King Bibi” sculpture, said on the day that set the protest in motion that “the most important thing is to make people think and to not take things for granted. To imagine, without saying [whether] it’s good or bad....”Both his artwork and the stir it caused are a good example of how art’s meeting point with life can sometimes give birth to social changes, especially when people are looking for new ways of approaching problems that are getting old and that they have perhaps grown accustomed to.While Zalait’s example points to a revival in Israeli art that some have attested to, the critics say that it is precisely this kind of art form – political art – that is missing most in Israel.Money is another concern. Many galleries, theaters and music venues find themselves facing closure due to financial difficulties, and government budgets allocated to artistic institutions seem to be thinning by the day.Is the Israeli contemporary art scene going through a crisis, or is it on the brink of finding new paths?
Slaughtering sacred cows “Every other day they’re announcing the opening of a new food market in Tel Aviv, but what about subsidized art studios or galleries?” asks Zoya Cherkassky-Nnadi, a Ukrainian-born realist painter who immigrated to Israel some 25 years ago.Through her prolific creation, the artist often takes a stab at the Israeli establishment, its treatment of migrants and refugees and at what she perceives as the widespread racism that still permeates Israeli society. 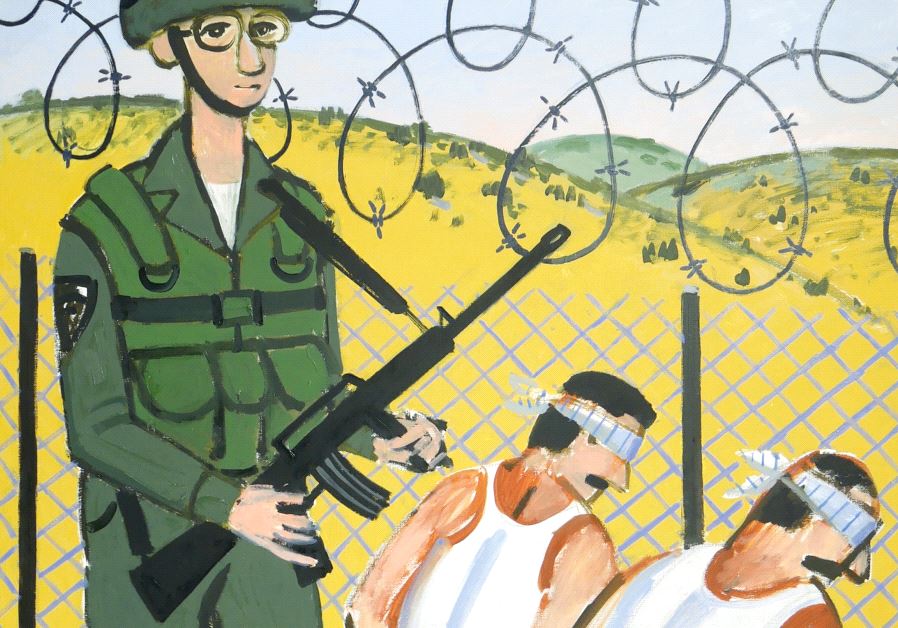