Visit the Bethlehem hotel with the worst view in the world. 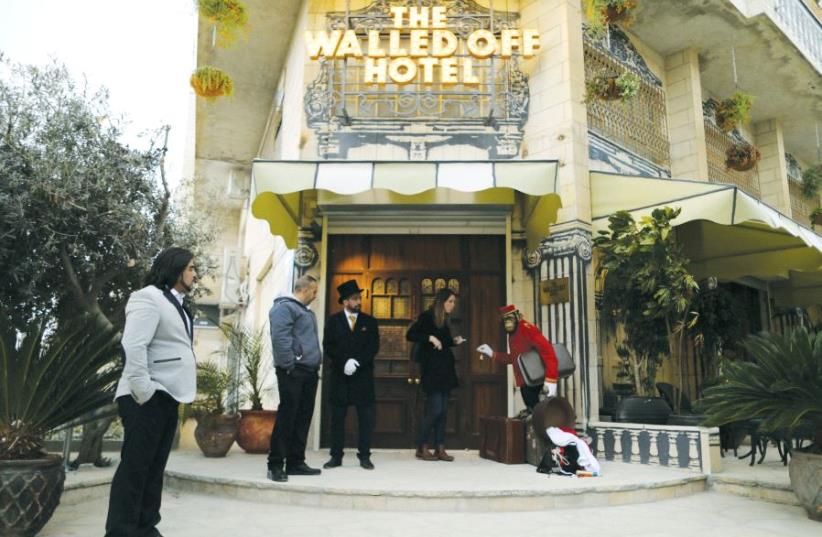 A statue of a chimpanzee bellboy graces the entrance of the Walled Off Hotel in Bethlehem
(photo credit: REUTERS)
Advertisement
For more than 15 months, beginning in December 2015, only a handful of people in the world knew what was going on inside the building at 182 Caritas Street in Bethlehem. Directly across an alley from the security barrier, a once-residential building, vacant for 14 years because of the troubles the wall posed, was undergoing a curious and very thorough renovation.And then in early March, the scaffolding came down and the lights on the marquee at the Walled Off Hotel came on (a pun on the “Waldorf Hotel”).