Self defense in the time of terror attacks

Otzma’s David Djaoui talks about how civilians can keep safe by being proactive. 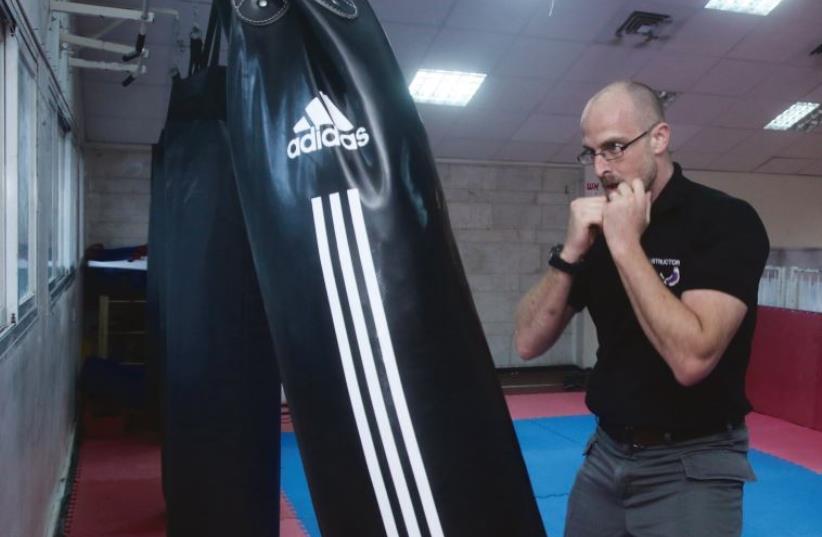 Doing martial arts since age four: David Djaoui works the punching bag
(photo credit: MARC ISRAEL SELLEM)
Advertisement
David Djaoui began martial arts training at the age of four. Born in France in 1980, he moved to Toronto that same year. From six to 16, he grew up in Hong Kong, before returning to Paris, where he left the Sorbonne with an LLM in international law and international business law, and subsequently worked as a lawyer. During that time, he also worked as a security officer for France’s Jewish community.After making aliya in 2005, Djaoui spent a year as special adviser to the director- general of the Knesset, followed by IDF service in the Golani Brigade, and Israel Bar Association certification. From 2010 to 2015, he was legal counsel at the Foreign Ministry.