Living on the edge of a dream – in Mitzpe Ramon

Last year Mitzpe turned 60, and the exhibition curated by Guy Raz chronicles the town’s evolution from a small bunch of hardy and, quite possibly, utopian- minded pioneers to a bona fide town. 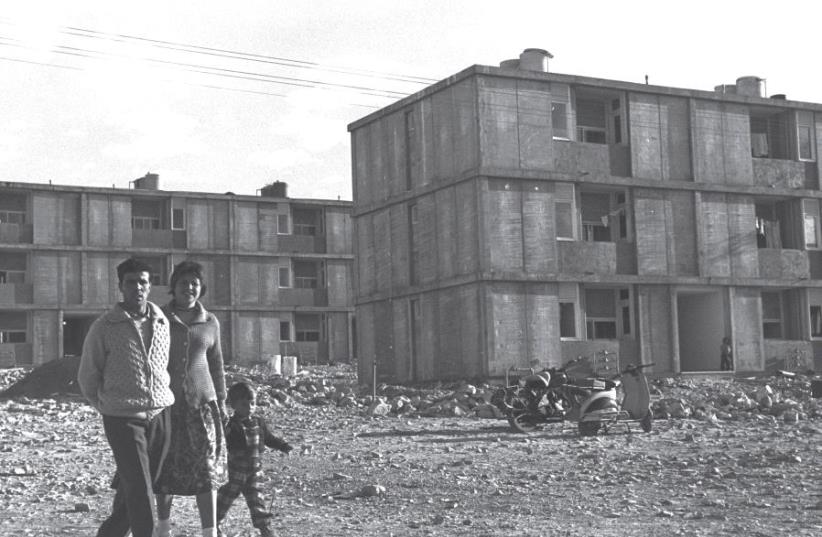 ‘Betonadot’ (concrete barricades), which served as residential quarters, prior to plaster and paint work, 1962
(photo credit: GPO ARCHIVES)
Advertisement
Driving anywhere in the environs of Tel Aviv, south even as far as Ashkelon and north up to, say, Hadera, it is easy to gain the impression that this country is simply jam-packed with houses, cars and people. The truth of the matter is, if you keep on going a few more kilometers to the northeast or southeast you will suddenly discover more open spaces. And, while we’re not talking about the great open-road feel of the United States, if you ever make your way down to Mitzpe Ramon you might get a throwback sense of the frontier spirit of the Wild West.While local residents would, no doubt, object to the shanty town epithet, there is something of an open-ended ambiance to the place. It is as if Mitzpe – as it is generally known – is a geographic and sociocultural backwater, far away from the Tel Aviv metropolis and, indeed, from practically anywhere else in the country. Some of that comes across in the “Mountain of Dreams” exhibition that is currently up and running at the Eretz Israel Museum in Ramat Aviv.