Three Ladies, Three Lattes: Memoirs are made of this 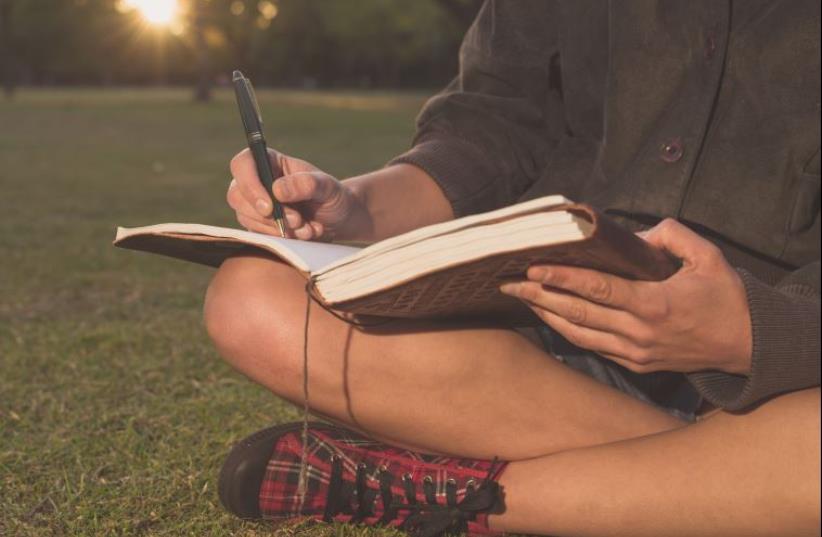 A young woman is sitting on the grass in a park at sunset and is writing in a notebook (illustrative)
(photo credit: INGIMAGE)
Advertisement
I’ve recently read yet another memoir by a former haredi who has “seen the light” and exposed what he perceives as the dark face of religion. I wonder how you three ladies react to these books – do you read them? If you had a chance to speak to those who feel alienated from Judaism, what would you say? – Avid memoir junkie Tzippi Sha-ked: Such memoirs are often painful reads that leave emotional pinpricks long after the last page. The stories are upsetting, not because there isn’t truth to some depictions of childhoods so oppressive that Mark Twain’s fictional children seem privileged and merry in comparison.I wince but I’m not troubled when literary critics jump on exposés of the “circus” of cloistered ultra-Orthodox Jewish life and catapult these memoirs (often very well written) to the top of The New York Times best-seller lists. I’m troubled for a whole slew of other reasons.Why do these former ultra- Orthodox Jews feel compelled to throw the proverbial baby out with the bathwater? They’ve stopped believing in God, community and Judaism, but is nothing worth salvaging? Often the first step for ex-haredim is to turn to Footsteps, an organization that buffers the transition from “cult embrace” to the “secular,” cold void ahead. It offers little long-term Jewish nuance.I follow these authors’ lives post-publication. Their Facebook pages are full of expletives; they often embrace anti- Israel expressions and scorn religious Jews. At best, their former communal values are relegated to being poetic oddities. They often discard the religious appeal to elevate speech, behavior and choices along with their “stinky old religious skin.”Their communities usually ban these individuals, who face crippling alienation and displacement. So what do we do? We buy their memoirs. While they are still searching to belong, we should offer a sense of home, no questions asked. It troubles me that we don’t.Danit Shemesh: Memoirs document a personal evolution through life’s trials and tribulations, hopefully to ultimate resolution. The genre is used to praise unsung heroes and to reveal hidden introspections, internal dialogue and the process of problem-solving. While nothing fascinates me more than the human spirit, an author must be psychologically mature enough to know the end of the story before he writes it down.We look back from the end to understand the story’s purpose, and how the writer has grown from living it. Otherwise it is a yetzer hara (evil inclination) feast.According to Rav Kook, a thought that is not brought to its final destination can steer us astray. Imagine thought as a train that passes from one station to the next. Each station is there for its own purpose, but also navigates us to the next. If a person passively suffers, he/ she is in danger of stopping at the station of regret, hatred, anger and blame.While I cannot dismiss anyone’s experience of life, it remains just that, their experience.As a therapist, the only way I manage not to hear lashon hara (slander) all day long is by not believing the content of what is said, but only the process it depicts.There are also memoirs about the opposite process – that of becoming religious.If an author owns his experience and takes full responsibility for his life, that is interesting, that is heroic. That is worth buying because it has a helpful message to the rest of us still negotiating the maze of life.Pam Peled: I have read some of these memoirs and even interviewed one of the more controversial writers; what strikes me is the common thread documenting the total ignorance and even fear of the physical side of life.Such a big deal, it seems, is made of “purity” and covering up elbows and knees that wedding nights become a terrifying ordeal (at least in the memoirs).Teach a kid for 17 years that attraction is wrong and sex is out of bounds and then stick them in bed with an almost-stranger, and the result is not always fun.One graphic scene depicts terror, and fumbling, and physical danger… all on a Friday night. The bridegroom delayed calling an ambulance because of Shabbat; by the time he did so, his bride had almost bled to death.These books bang home a point: People are people are people. Stringent laws of purity don’t improve anything, it seems – not sex, not marital fidelity, not happiness. Keeping Shabbat does not make you more moral, or more content, or healthier. There are good, happy, moral religious people who keep all 613 mitzvot, and there are corrupt, depraved religious people who belong in jail.The same goes for the secular, and all those complicated variations in between. Being religious does not make you a better person. It only makes you wait longer between meat and milk.However, I agree with Sha-ked: It’s tragic to discard all the wonderful traditions of Judaism because of some craziness. There has to be a middle ground. Comments and questions: [email protected]