Abbas to visit Iran in November for first time since 2012

The rapprochement between Iran and the PA comes amid reports of mounting tensions between Tehran and Hamas. 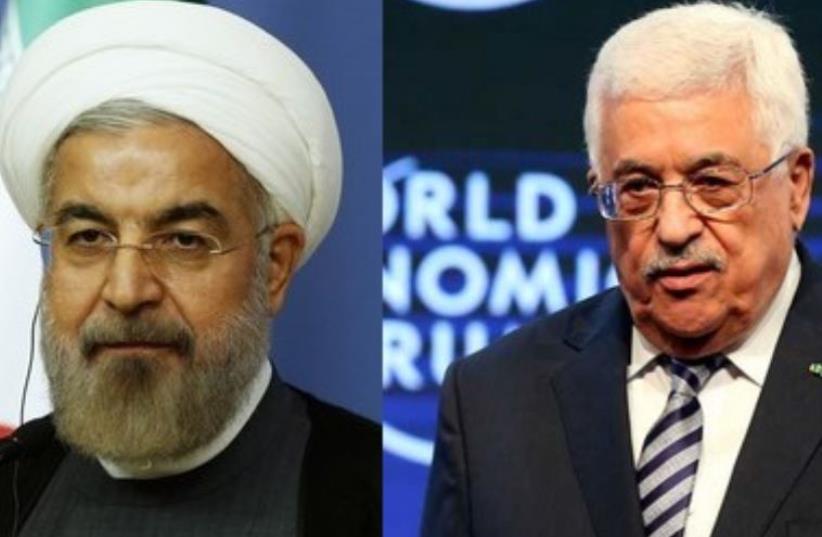 PA President Mahmoud Abbas and Iranian President Hassan Rouhani
(photo credit: REUTERS)
Advertisement
Palestinian Authority President Mahmoud Abbas is planning to visit Iran in November for talks aimed at boosting relations between the two sides, a PLO official announced on Tuesday.Ahmed Majdalani, a member of the PLO Executive Committee and a former PA minister, said arrangements were being made to prepare for Abbas’s visit to Tehran.The last time Abbas visited Iran was in 2012, when he attended a conference of the Non-Aligned Countries.Majdalani made the announcement after concluding his own visit to Tehran, where he held talks with Iranian Foreign Minister Mohammad Javad Zarif. The two discussed ways of boosting ties between the PA and Iran in the aftermath of the nuclear deal between Tehran and world powers.Majdalani said his talks in Iran focused on three issues: boosting bilateral relations, the Syrian crisis and the dispute between the PA and Hamas.During the visit, the PLO official delivered a letter from Abbas to Iranian President Hassan Rouhani.Earlier, Majdalani said the two sides also agreed to work together in the international arena against Israel’s nuclear arsenal and weapons of mass destruction. He said the PA and Iran were planning to call for an international conference to discuss ways of disarming Israel.The rapprochement between Iran and the PA comes amid reports of mounting tensions between Tehran and Hamas. According to reports, the Iranians recently canceled a planned visit by Hamas leader Khaled Mashaal to Tehran in protest against his visit to Saudi Arabia last month.However, Hamas’s representative in Iran, Khaled Qaddoumi, denied the reports.He said Mashaal and other Hamas leaders would visit Iran, but did not say when.Also on Tuesday, PA Foreign Minister Riad Malki announced that the PA is planning to present a new resolution to the UN Security Council calling to end Israeli “occupation” and provide international protection for the Palestinians.Malki told reporters in Ramallah that the French peace initiative, which calls for reviving the Israeli- Palestinian peace process through an international support group comprised of Arab states, the European Union and UN Security Council members, was “still on the table.”The foreign minister said the Palestinians, together with the Arab League, have begun consultations with the Security Council about the new resolution.Malki condemned Israel’s policy on settlements, dubbing it the “worst form of terrorism.” He said the Palestinians were working toward convincing the US and other countries to add settler groups to the list of terror organizations.The PA leadership, he added, is also pursuing its efforts to file war crimes charges with the International Criminal Court against Israelis.“The actions of the Israeli government show that it has no intention to end occupation,” he added.“Nor is it prepared to end settlement activities or put an end to the terror of settlers.On the contrary, the Israeli government is helping, inciting and protecting settlers who commit crimes.”