Use of social media and mobile instant messaging services has exploded in Afghanistan over recent years. 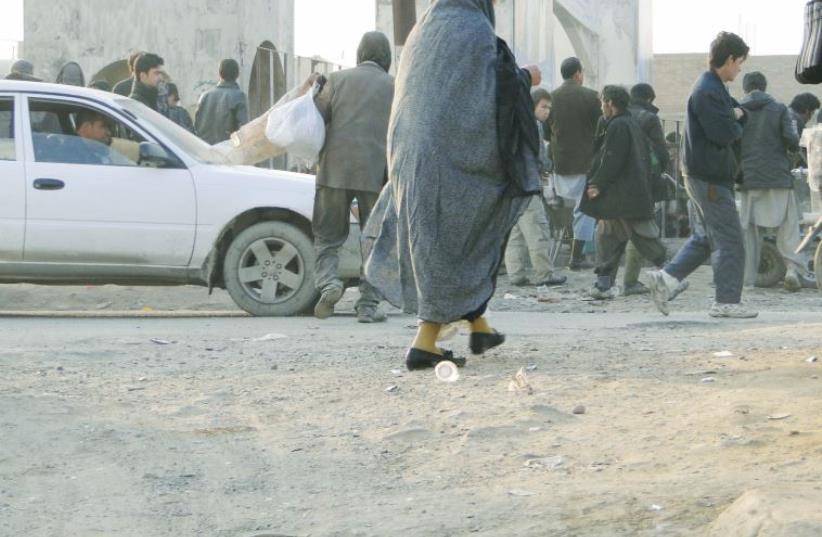 Kabul, Afghanistan
(photo credit: TAMARA BARAAZ)
Advertisement
KABUL - Afghanistan's telecoms regulator wrote to internet service providers this week ordering them to block the messaging services WhatsApp and Telegram, but it was not immediately clear whether they had complied.Use of social media and mobile instant messaging services has exploded in Afghanistan over recent years. Social media users and civil rights groups reacted with outrage to initial reports of the move and the letter sent by telecoms regulator ATRA was widely shared on social media.Some media reports, citing unidentified sources, said the move had been ordered by the National Directorate for Security to thwart the use of the encrypted messaging services by the Taliban and other insurgent groups.It was not immediately possible to confirm the reports.The acting minister for telecommunications, Shahzad Aryobee, posted a message on Facebook saying that the telecoms regulator had been ordered to put a gradual block on the services to improve their functioning after complaints had been received."The government is committed to freedom of speech and knows that it is a basic civil right for our people," he wrote.The letter by telecoms regulator ATRA, dated Nov. 1 and signed by an official of the regulator, directed internet companies to block Telegram and Facebook Inc's WhatsApp services "without delay" for a period of 20 days.However, the service worked normally this week and still appeared to be working normally on Saturday on both state-owned operator Salaam and private service providers.On Friday, there were reports of interruptions but it was not clear whether they were caused by a deliberate shutdown or by the unrelated issues with WhatsApp services that were experienced in several countries.Mobile phone services have been one of the big success stories in Afghanistan since the Taliban were ousted from power by a US-led campaign in 2001, but there are also frequent complaints from users about quality and coverage.WhatsApp and similar services, including Facebook Messenger and Viber, are widely used by Afghan politicians and members of the government as well as by the Taliban, which has a sophisticated social media operation of its own.The movement's main spokesman, Zabihullah Mujahid, wrote to reporters this week giving his Viber number "in case WhatsApp is not working."