Al-Qaida confirms top leader killed by US in Yemen

The group has met and appointed its former military chief as leader. 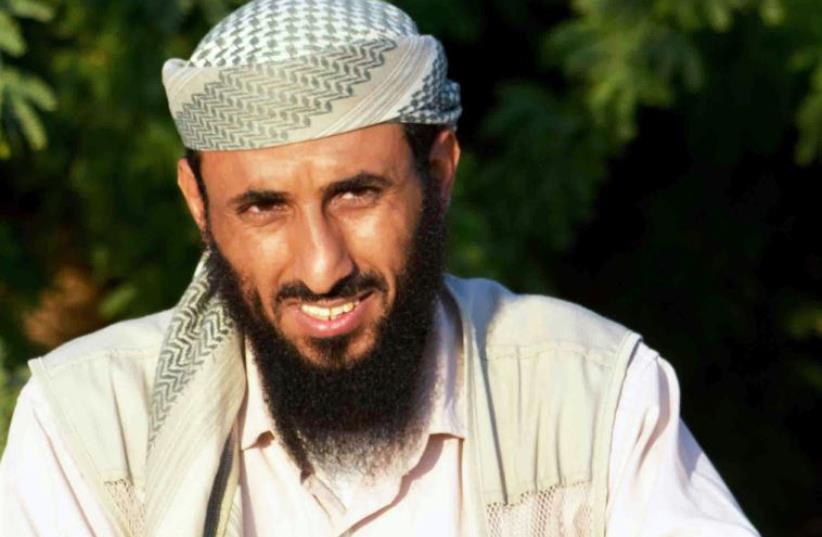 Nasser al-Wuhayshi‏
(photo credit: STR / AFP)
Advertisement
Al-Qaida in Yemen said its leader Nasser al-Wuhayshi was killed in a US bombing, in a statement posted online."We in al-Qaida in the Arabian Peninsula mourn to our Muslim nation ... that Abu Baseer Nasser bin Abdul Karim al-Wuhayshi, God rest his soul, passed away in an American strike which targeted him along with two of his mujahideen brothers, may God rest their souls," Khaled Batarfi, a senior member of the group, said.The group had met and appointed its former military chief Qassim al-Raymi as his replacement, he added. Quoting two Yemeni national security officials, CNN reported on Monday that the leader was killed. Al-Wuhayshi, was once a close associate of al-Qaida leader Osama bin Laden. CNN said the attack occurred on Friday in the Hadramout region.The United States was looking into reports of his death, said a US official, speaking on condition of anonymity and declining to comment on any possible US involvement.The US military was not involved in any strike, a second official said. It was unclear whether a strike may have been carried out by the CIA.