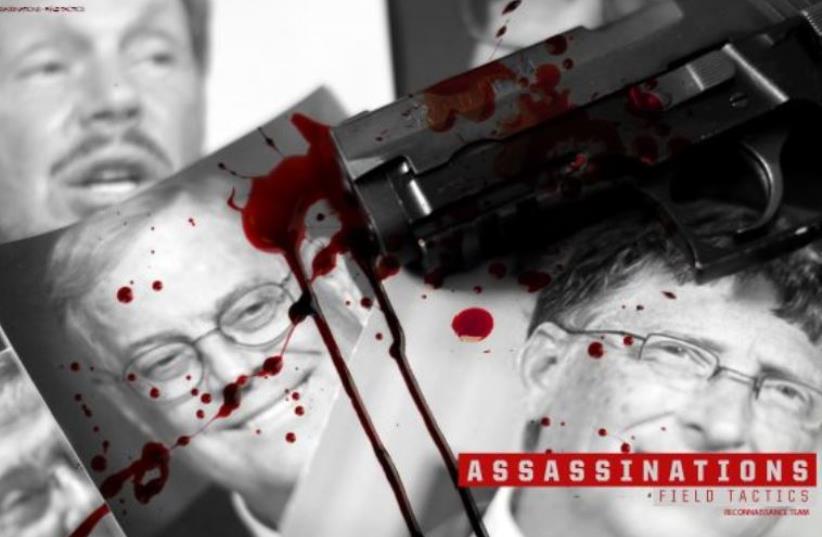 Al-Qaida magazine encourages lone-wolf terrorist attacks on US economic leaders‏
(photo credit: AL-QAIDA)
Advertisement
Al-Qaida has published a list of major US business figures to be targeted for assassination, including billionaire Jewish businessman Sheldon Adelson, considered a key ally of Prime Minister Benjamin Netanyahu.In an article entitled, "Assassinations - Field Tactics," in the terrorist group's magazine, Inspire, al-Qaida says that the assassination program turns to lone terrorists who can help the group achieve its goals."Whoever understands the components of the American economy knows the importance these personalities play in the  revival of the America Economy. The assassination of these economic personalities or their migration from America or the mere fact that they live in insecurity, will later on bring instability to the American economy," the article reads.In addition to Adelson, the list includes former Federal Reserve chief Ben Bernanke, who al-Qaida refers to by his full Hebrew name of Ben Shalom Bernanke, major Republican donors Charles and David Koch, Wal-Mart founder Sam Walton, Microsoft founder Bill Gates, Berkshire Hathaway CEO Warren Buffett and former New York City mayor Michael Bloomberg.Among the goals of the assassination threat, according to the magazine, is to convince the figures to "declare via media that they are far from American policies towards Muslim and America's support for Israel."