Damage affected a corner of the building and was probably caused by shelling. 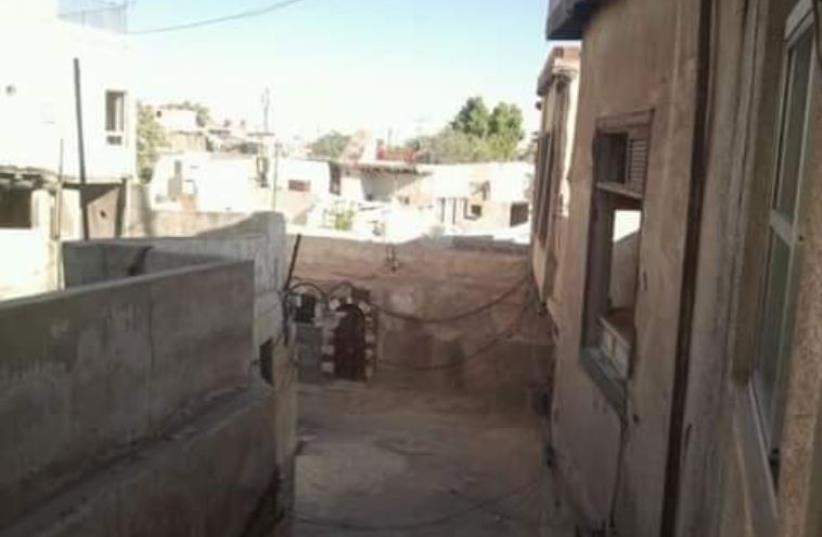 Jewish quarter in Aleppo
(photo credit: MUSA - A SYRIAN JEW)
Advertisement
The Central Synagogue of Aleppo sustained minor damage in fighting between Syrian militants, according to photos provided by locals to an Israeli-American activist for peace in the war-torn country.The damage affected a corner of the building and was probably caused by shelling, according to Moti Kahana, the founder of the Amaliah not-for-profit group, which aims to relieve the suffering of refugees from Syria and empower women there. The corner area was covered by debris, making it difficult to ascertain the extent of the damage caused to the building, which is believed to have been built in the 9th century A.D.“It took a hit, but it’s still standing,” said Kahana, a businessman who says he has spent more than $2 million on rescue efforts in Syria.  His contacts on the ground sent him pictures of the building from a sniper’s post overlooking it, he said.“The synagogue lies between the sniper post of moderate rebels and forces fighting for Assad,” Kahana said in reference to Syrian President Bashar Assad, who lost control over much of his country after the breakout in 2011 of a civil war. Since then, several media in Israel and beyond mistakenly reported on the destruction of Jewish houses of worship in Syria. However, at least one was indeed almost completely destroyed in 2014,  in Jobar near Damascus.Once Syria’s commercial and industrial hub, Aleppo has been divided since 2012, with the government controlling the western half and rebel factions holding the east. This month, forces loyal to Assad backed by Russian air strikes severed a key rebel supply route into the city, and are thought to be preparing to recapture all of it.“This is the last chance to save this synagogue and I’m appealing to anyone who can, Americans, Russians, Syrians, to help save it from the fighting ahead,” Kahana said. On Feb. 14, he is scheduled to speak about Syria during the annual Leadership Mission meeting in Israel of the Conference of Presidents of Major American Jewish Organizations.