Iran has taken steps to develop its air defenses after US and Israeli officials warned of possible military action to curtail its nuclear program. 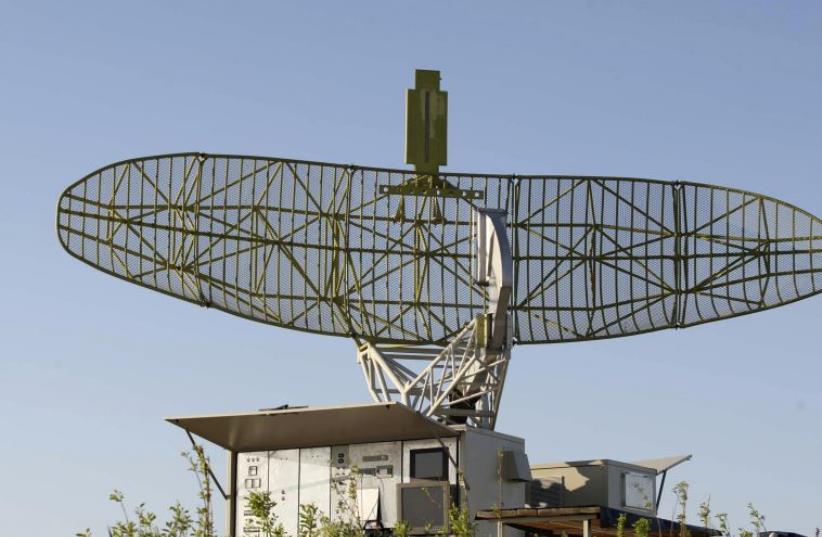 Iranian anti-aircraft defense system [file]
(photo credit: REUTERS)
Advertisement
DUBAI - Iran says it has deployed a new domestically built long-range radar system, signalling a strengthening of its air defenses as it holds what may be the final days of talks on a nuclear deal with world powers.Brigadier General Farzad Esmaili, commander of the Islamic Revolutionary Guards Corps' (IRGC) air defense force, unveiled the Ghadir phased-array radar in Ahwaz city in southwestern Khuzestan province near the Iraq border, state television said late on Saturday.Iran says the Ghadir unit is designed and manufactured entirely inside the country and can detect a plane at 600 km (373 miles) and a ballistic missile at 1,100 km.In comments suggesting the radar can also identify miniature unmanned drone aircraft, Esmaili was quoted by the Fars news agency as saying: "Discovering and tracking micro aerial vehicles (MAV) ... is one of the special qualities of the Ghadir radar system."Iran has taken steps to develop its air defenses after US and Israeli officials warned of possible military action to curtail its nuclear program, and is in discussions to buy the advanced S-300 ground-to-air missile system from Russia.Top US commander General Martin Dempsey in April said the 'military option' against Iran remains intact. The United States and Israel fear Iran is trying to obtain a nuclear weapon. Iran says its nuclear program is for peaceful purposes.Iran and world powers made progress in nuclear talks on Saturday, but remained divided on issues such as lifting United Nations sanctions and the development of advanced centrifuges. Negotiators have given themselves until July 7 to reach a deal.