Analysis: Strike on Sudan? The war between wars never ends

Israel using all its capabilities to monitor or disrupt the Iranian arms flow. 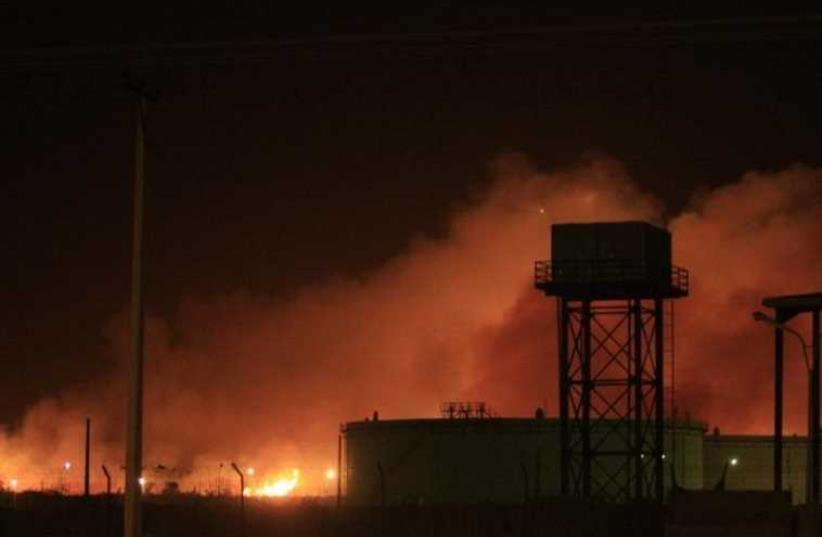 Fire engulfs the Yarmouk ammunition factory in Khartoum
(photo credit: REUTERS)
Advertisement
It remains unknown whether reports from Sudan of an alleged Israeli air strike on Iranian missile factories there and of IAF drone activity over Sudan are true or not. What is true, however, is that Israel remains engaged in a covert, worldwide effort to monitor and sometimes intercept attempts by Iran to make or produce weapons that pose a strategic threat to Israel’s national security.Submarines operating far from the Israeli coast, long-range intelligence flights, and satellites are all presumably part of Israel’s 24-7 monitoring of developing threats.These are not the first reports of alleged Israeli military strikes against Iranian missile plants in Sudan.In October 2012, reports surfaced of alleged strikes on a missile factory in southern Khartoum.In recent years there have been several reports of alleged strikes targeting trucks ferrying missiles northward, from Sudan to Gaza via Egypt.A further point of interest is the fact that the latest reports from Sudan come so soon after international media outlets claimed the Israel Air Force carried out strikes targeting Scud missiles housed on Syrian military bases. Apparently, the missiles were earmarked for transport to Hezbollah arms depots in Lebanon.The timing of such reports, coinciding as they do with a series of battlefield losses and retreats for Iran’s ally, the Assad regime, and the announcement by Iran’s proxy, Hezbollah, of a new offensive to engage Sunni rebels in Syria, is also curious.It would stand to reason that the Hezbollah-Assad- Iran axis would not be inclined to retaliate significantly to air strikes, thereby dodging the risk of opening a second front against Israel at a time when the Sunni rebels are making progress against the Tehran-led bloc.Defense Minister Moshe Ya’alon’s comments soon after the reported strikes in Syria are crystal clear. He said that Iranian Revolutionary Guard Corps personnel and Hezbollah are seeking to smuggle weapons “in every way and through every route, while being aware of the red lines set by the State of Israel, and that Israel has no intention of compromising over them. We will not allow the transfer of quality weapons to terrorist organizations, chief among them Hezbollah, and we will know how to reach those who send them [the weapons] at any time and place.”