Angry Iranians urge their government: Be more like Israel

Times of London: Iranians take to social media to denounce government's handling of hostage crisis in which Pakistani militants killed a border guard. 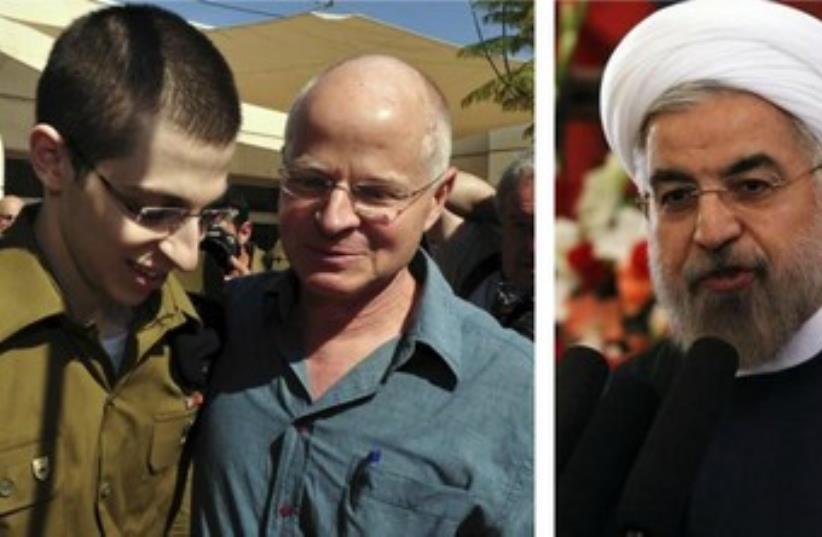 Freed IDF soldier Gilad Schalit, his father Noam, and Iranian President Hassan Rouhani
(photo credit: REUTERS)
Advertisement
Iranians took to social media over President Hassan Rouhani’s perceived indifference to the killing of a border guard by Pakistani militants this weekend.According to The Times of London, Iranian nationals posted messages on Facebook and Twitter envious of Israel, particularly over how the Israeli government secured the release of Gilad Schalit after Hamas kidnapped him in 2006.“Keep saying ‘Death to Israel,’ but they freed 1,027 Palestinians in return for the release of one of their own,” an Iranian is quoted by the Times as writing on Facebook.Earlier this week, Iran confirmed that one of five border patrolmen seized by a radical Pakistani group, the Jaish al-Adl, was killed after Tehran refused the group’s demand to release hundreds of Sunni prisoners held in Iran and Syria. According to the Times, this led to a backlash against the Iranian regime from expatriates, since Twitter and Facebook are not available to residents of the Islamic Republic. 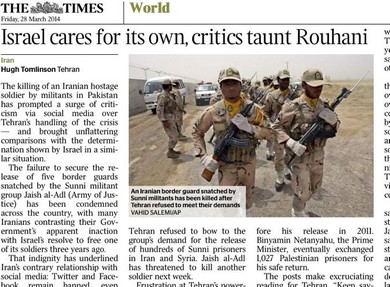 Schalit’s captivity prompted his family and supporters to urge the government to negotiate a swap with Hamas.The organization agreed to free him in exchange for hundreds of Palestinians jailed in Israel.“Yes, I admire Israel,” an Iranian wrote on his Facebook account, as quoted by the Times. “The same Israel [the government has] been wanting to wipe off the map. The same Israel who for five years tirelessly did everything to save one of its soldiers.”Jaish al-Adl threatened to kill another Iranian soldier next week if the government does not meet its demands.