The countries give Doha 10 days to comply, failing which the list becomes 'void', the official said without elaborating. 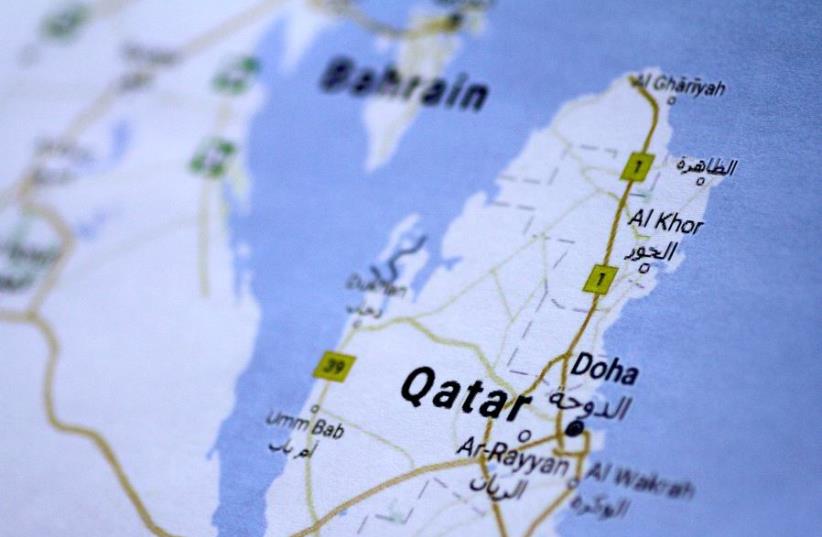 A map of Qatar is seen in this picture illustration June 5, 2017
(photo credit: REUTERS)
Advertisement
DUBAI- Four Arab states boycotting Qatar over alleged support for terrorism have sent Doha a list of 13 demands including closing Al Jazeera television and reducing ties to their regional adversary Iran, an official of one of the four countries said.The list, compiled by Saudi Arabia, the United Arab Emirates (UAE), Egypt and Bahrain as the price for ending the worst Gulf Arab crisis in years, also demands the closing of a Turkish military base in Qatar, the official told Reuters.Qatar must also announce it is severing ties with terrorist, ideological and sectarian organizations including the Muslim Brotherhood, Islamic State, al Qaeda, Hezbollah, and Jabhat Fateh al Sham, formerly al Qaeda's branch in Syria, he said, and surrender all designated terrorists on its territory,The countries give Doha 10 days to comply, failing which the list becomes 'void', the official said without elaborating. The demands were handed to Qatar by Kuwait, which is mediating in the dispute, said the official, who spoke on condition of anonymity.The four Arab countries accuse Qatar of funding terrorism, fomenting regional instability and cosying up to revolutionary theocracy Iran. Qatar has denied the accusations.US President Donald Trump has taken a tough stance on Qatar, accusing it of being a "high level" sponsor of terrorism, but he has also offered help to the parties in the dispute to resolve their differences.Turkey has backed Qatar during the three-week-old crisis. It sent its first ship carrying food aid to Qatar and dispatched a small contingent of soldiers and armored vehicles there on Thursday, while President Tayyip Erdogan spoke with Saudi Arabia's leaders on calming tension in the region.