Separated from his family, Hassan says he fled from Sudan to Egypt and on through the Sinai desert into Israel, where he has been living in immigration limbo for 11 years. 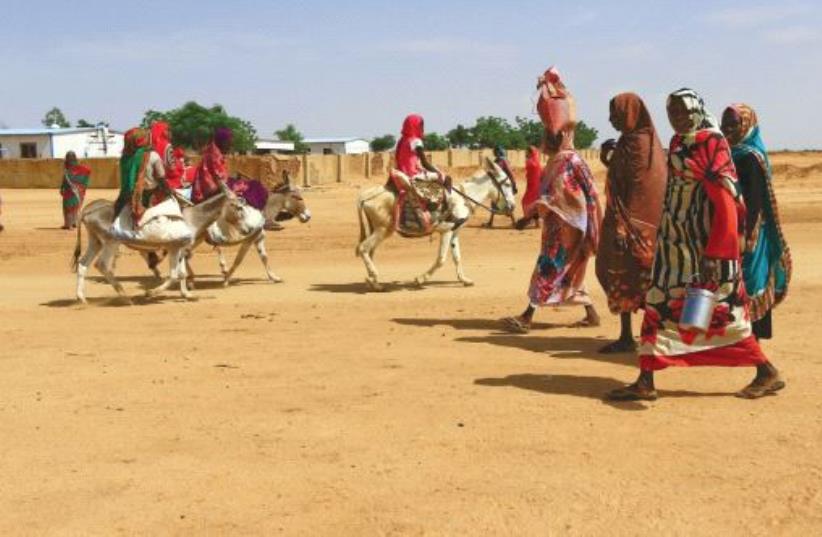 When he was eight, Sabona Mohamed Hassan says men on horseback rode through his village in Sudan's troubled Darfur region, killing, looting and torching homes with people trapped inside.

Separated from his family, Hassan says he fled from Sudan to Egypt and on through the Sinai desert into Israel, where he has been living in immigration limbo for 11 years.

Now the 26-year-old can breathe a sigh of relief. He is one of 2,440 Sudanese asylum seekers who were made eligible last month for temporary residency status in Israel.

Hassan received his new documents on December 29, one day before the deadline that Israel's Supreme Court gave immigration authorities to end delays in processing asylum requests that amounted, the court said, to keeping applicants in "a cloud of uncertainty."

The effect on their lives can be immediate - enabling them to own a business, drive, secure healthcare and social security and travel abroad.

Demonstration in Jeruaslem against the planned deportation of asylum-seekers from Israel (credit: HALI MAMAN / TPS)

"Now I can see my mother again; it's been 19 years. She hardly believes I'm alive," said Hassan, who since 2010 has been living on menial work with few to no benefits. "I can also go abroad and find a wife and finally start living," he added.

An Immigration Authority spokesperson said the new status - given to migrants from Sudan's Darfur, Blue Nile and Nuba Mountains regions - will be in effect until a final ruling is made on their asylum requests.

Darfur's conflict erupted in 2003 when rebels took up arms against Sudan's government, accusing it of neglecting the arid, western region. Khartoum mobilized militias to crush the revolt, unleashing a wave of violence that Washington said amounted to genocide.

The United Nations refugee agency UNHCR says there are 41,538 asylum seekers, refugees and other populations of concern in Israel, 6,067 of them from Sudan.