Intelligence agencies say the group is associated with al-Qaeda and ISIS.

India has declared illegal the Popular Front of India (PFI), a radical Islamic group, and imposed a five-year ban on it and eight associate organizations.

The ban is imposed under the Unlawful Activities (Prevention) Act of the state constitution. The Popular Front and its affiliates were banned just days after law enforcement agencies launched a countrywide campaign to suppress the activities of the group.

According to Indian sources, this was the country’s largest investigative and intelligence operation against any organization so far. After imposing the ban, the Home Affairs Ministry claimed in a statement, “The Popular Front of India and its affiliates pose a major threat to internal security, integrity, and sovereignty of the country. It also cited the group’s alleged link with banned Students Islamic Movement of India (SIMI), Jamaat-ul-Mujahideen Bangladesh (JMB), and ISIS.”

The ministry said, “The PFI and its affiliates function as social, economic, educational and political organizations, but they are pursuing a hidden agenda of radicalizing a certain section of the society.” 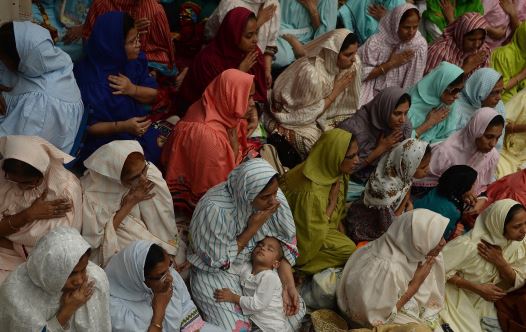 Citing alleged links with international terrorist groups, the Home Affairs Ministry said, “Some members of the PFI have joined the Islamic State and participated in terrorist activities in Syria, Iraq, and Afghanistan.” The Popular Front denies all these allegations.

The Home Affairs Ministry has also banned PFI’s popular student organization, the Campus Front of India, which was accused by the Karnataka government of creating controversy over the hijab issues in the Udupi district earlier this year.

Minister of State for Home Affairs Ajay Mishra said in a statement, “Suspicious information has been received against PFI, on the basis of which law agencies are conducting raids and high-level investigations.”

A Kerala-based Muslim police officer told The Media Line, “The Kerala government asserted in 2012 that the PFI was a revival of the Indian Mujahedeen’s affiliate, Students Islamic Movement of India (SIMI), an outlawed terrorist organization.” He also claimed, “Intelligence agencies also believed that PFI had links with al-Qaida’s Indian chapter.”

He noted, “Law enforcement agencies on Thursday launched a countrywide crackdown against PFI and arrested more than 250 of its hardcore workers.”

Barrister Asaduddin Owaisi, a leading Indian Muslim leader and a member of the Hyderabad Parliament, said in a tweet, “I always opposed PFI’s extreme & radical approach and support the democratic approach. This ban on PFI can’t be supported, as the actions of any individuals who commit crimes don’t mean that the organization itself be banned.”

In his series of tweets, Owaisi said further, “The Supreme Court of India, in one of its decisions, has also said that mere association with an organization is not enough to make someone a criminal.” However, he added, “Banning with authoritarianism like this is dangerous. Every Muslim who wants to speak will be arrested under this black law. India’s electoral autonomy is approaching fascism.”

After the central government banned PFI and its affiliated organizations, former Bihar Chief Minister Lalu Prasad Yadav told the press, “All such organizations should be banned, for they are creating a religious divide in the country.” At the same time, he also demanded a ban on Rashtriya Swayamsevak Sangh (RSS), a Hindu extremist group.

The Indian Muslim Popular Front was formed to counter Hindu extremist groups. The group calls itself a non-governmental organization that aims to work for the poor and marginalized minorities in the country and opposes exploitation. It was formed in 2006, when the National Development Front merged with two other organizations from the south. Over the next few years, its base broadened as more Muslim organizations from across India began to merge.

The Popular Front has a large presence in Kerala and Karnataka, is active in at least 23 Indian states, and claims to have key workers in the millions. The group first came to light in 2010, when one of its members attacked Prof. TJ Joseph in Kerala.

Muslim groups alleged that Joseph had made insulting remarks about the Prophet Mohammed. The court found its member guilty of the attack, but the PFI distanced itself from the accused.

Rohit Sharma, a New Delhi-based leading security and political analyst, told The Media Line, “Till now no Indian leader or activist or any other person has been able to claim that the PFI is a spotless organization. The PFI people have been involved in propagating anti-state sentiments, which ultimately led to a feeling in the country that one particular community [Muslims] is to be blamed for anti-national sentiments and activities in the country.”

Sharma added, “PFI links with the Bangladesh-based terrorist outfit Jamaat-ul-Mujahideen was also established during the monitoring and investigation process. The PFI cadres are also accused of involvement in several terrorist acts and the murders of some prominent figures.

“Last week, investigative agencies presented solid evidence in the court which revealed that PFI’s associates were involved in radicalizing and motivating Muslim youth to join banned terrorist outfits, including ISIS.” He noted, “PFI is operational in the south, but it is also working in the north. They have established large numbers of madrassas [Islamic seminaries].” Sharma warned, “PFI workers have the potential to cause riots to break out across India.”

Abdul Basit, director-general of the Islamabad Centre for Regional Studies and a former Pakistani ambassador to Germany and high commissioner to India, told The Media Line, “Terrorism is condemnable in all its forms and manifestations. One sincerely hopes India can substantiate with irrefutable facts what it is claiming about the PFI.”

Not to appear one-sided, Basit asked, “What about Hindu extremist groups ranging from RSS to Hindu Mahasabah, who openly incite and abet violence against Indian Muslims? What about the undeniable culpability of RSS goons in the 2007 Samjhota Express blast? And then what about Indian state terrorism against Kashmiris?”

In the war against terrorism, Basit said, “We cannot fight and exterminate terrorism and extremism through selective approaches. This is exactly what India has been doing for a long time.”

Adeeb Ul Zaman Safvi, a Karachi-based retired Pakistan Navy captain, a war veteran and a seasoned geostrategic analyst, told The Media Line, “There will be no chance of any violence or Hindu-Muslim conflict following the ban of this Muslim organization because the Indian Muslim minority has readily accepted the role of second-class citizens; hence Muslim political leadership does not push them toward an imitational political agenda.

Safvi claimed, “Among the regional countries, only Pakistan could raise the issue of violation of basic human rights, freedom of speech or state terrorism against minorities, but it could raise the tension between the two neighboring nuclear states. However, Pakistan is in deep political mayhem and economic crises of its own. No other country in the region intends to raise this issue in the international arena.”