The explosion occurred near the airport's Terminal Two ticketing area at about 2:20 PM. 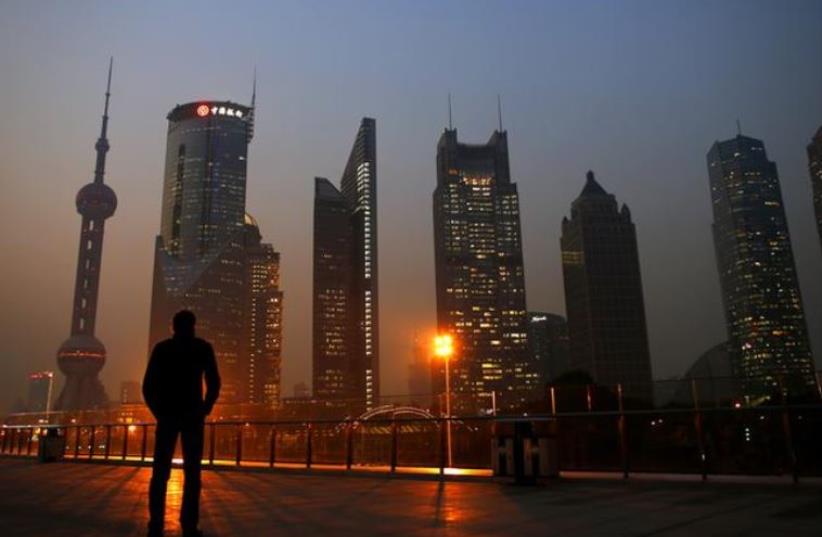 A man looks at the Pudong financial district of Shanghai November 20, 2013.
(photo credit: REUTERS)
Advertisement
A man set off a home-made explosive at a terminal in Shanghai's Pudong International Airport on Sunday, the city's government said, injuring five people, including himself.The explosion occurred near the airport's Terminal Two ticketing area at about 2:20 PM and the people who were injured were taken away for medical treatment, the Shanghai government said in a short statement on its official microblog."According to an initial police investigation, a man took self-made explosive materials in a beer bottle out of his backpack and threw it at (the) ticketing counter," the government said.After the bottle exploded, the man took out a knife and slashed his own neck, it said, adding that efforts to treat his "serious" injuries were under way.Another four people were lightly injured by exploding glass, the government said. The incident was under investigation and only the three flights in that ticketing area had been affected. One traveller at the airport recalled the incident: "There was a loud 'boom' explosion sound at the counter next to me and then it was like fireworks had been let off there were flames and sparks. First the flames and sparks came up then the smoke started floating up. Once this happened everyone was holding their heads and rushing out. After that, the police and military police arrived along with medical staff and I saw them bringing out a person, that's what I saw."