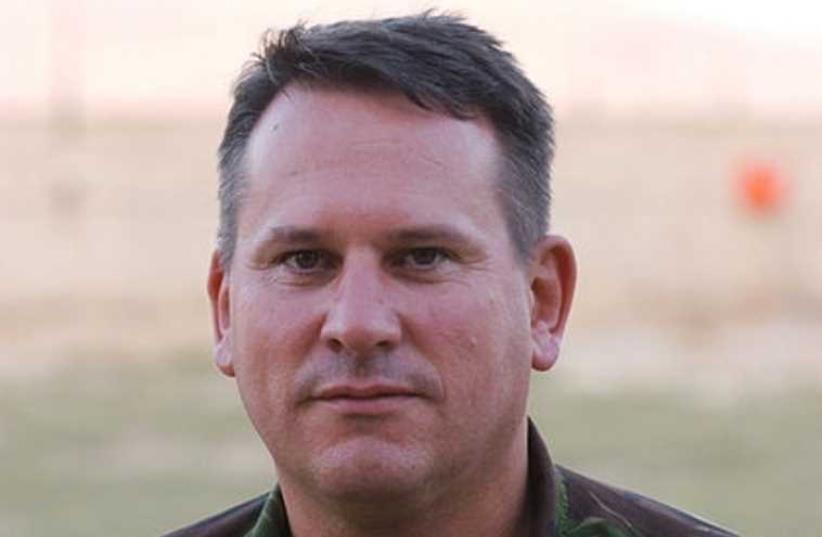 Colonel Richard Kemp
(photo credit: Wikimedia Commons)
Advertisement
Countries that maintain relations with Iran and Lebanon need to focus on the threat of Tehran-directed Hezbollah attacking Israel, rather than wait for war to come and then point fingers, Col. (ret.) Richard Kemp, a former commander of British forces in Afghanistan, says.“The purpose really [of my visit to Israel last year was] to determine what the current threat is and see how Israel can counter that threat,” he says. “We want to highlight to the international community that unless something is done to prevent Hezbollah under direction of Iran from attacking Israel – and Israel will respond, and there will be civilian casualties and Israel will be condemned by the international community – [this could happen, and we need] to give notice to the international community that this could happen, and that when it does happen the casualties are not Israel’s fault but Hezbollah’s.”Last year, while Kemp was touring the Wingate Institute for Physical Education and Sports, south of Netanya, he came across an oil painting of the institute’s namesake, Orde Wingate. Wingate was a former British major-general who helped lead the pre-state Special Night Squads that played a role in training Jews who went on to found the Israeli army. Kemp decided the painting deserved better and paid to have it restored. In late March, after a visit to Israel as part of the Friends of Israel Initiative, he stopped by the institute to see the finished product.
Hezbollah leader threatens Israel"s ammonia and nuclear facilities (MEMRI)
Now back in England, he wants to emphasize how important it is that the world keep an eye on Hezbollah’s threats and Islamist terrorism.He points to the UN resolution after the Second Lebanon War that has sought to end the militarization of southern Lebanon.Security Council Resolution 1701 of 2006 sought to have the Lebanese army exercise full sovereignty and make it so that there would be no other weapons without the consent of the government on Lebanese territory, keeping the area “free of any armed personnel, assets and weapons other than those of the government of Lebanon.”But this is being “completely ignored,” says Kemp. Pressure should be put on Lebanon to end Hezbollah’s arms buildup.“No one seems to be even paying attention to the 100,000 missiles pointing at Israel’s civilian population.” He also argues that the international community should pressure Tehran, which supports Hezbollah, and points to the Iran nuclear deal that has resulted in billions of dollars being released to the Islamic Republic that empowers it and Hezbollah.Kemp thinks the decision to leave the EU will make the UK more secure. This is especially true in light of the recent London terrorist attack, the first since 2013 and the most serious since the July 2005 bombings.“The current estimate is that there are 3,000 active jihadists considered to be a threat by MI5 [Britain’s domestic counter-intelligence and security agency]; that same threat extends across the whole of Europe in France, Belgium and elsewhere, and the thing is complicated, one of the reasons the threat is there is because Islamic State has been allowed to continue to exist – its existence and defiance have inspired terrorists to act,” says the colonel.The threat of lone-wolf terrorism, such as that carried out by London attacker Khalid Masood outside Parliament on March 22, will be minimized once the UK reestablishes its borders with the EU. “Currently we can’t control jihadists coming in from other EU countries; we have border controls, but if we know someone is an active jihadist then we can’t stop him coming here, so it gives our security services a problem monitoring those who travel.”The future he envisions might entail a change in the law allowing the UK to stop those who volunteered for ISIS or other jihadist organizations from returning. “Does it make sense to allow them to come back into country after actively fighting with one of the most horrific terrorist organizations? Allowing them back puts their rights above the safety of other British citizens.”He acknowledges that preventing UK citizens from returning, or interning them when they do, would be problematic and result in criticism abroad. “Would we rather have our people chopped up?” he asks, referring to the murder of British Army soldier Lee Rigby in London in 2013 by two Islamists who hacked him to death.Kemp also thinks that Brexit will lead to better relations with Israel, since the UK will be searching for additional markets for trade. That is already happening, he points out. The British mission to the UN harshly criticized the UN Human Rights Council in late March for its 34th session that focused disproportionately on Israel. The UK has warned it may vote no on resolutions in the future unless the council deals with other pressing human rights issues.