Saudi kingdom's 'Game of Thrones'
Advertisement
Saudi Arabia's Deputy Crown Prince Mohammed bin Salman was elevated to crown prince on Wednesday, replacing his cousin in a sudden announcement that confirms King Salman's 31-year-old son as next ruler of the world's leading oil exporter.A royal decree said Saudi Crown Prince Mohammed bin Nayef, a counter-terrorism chief admired in Washington for putting down an al Qaeda campaign of bombings in 2003-06, was relieved of all positions and replaced by Mohammed bin Salman who becomes deputy prime minister and retains defense, oil and other portfolios.The decision by King Salman to promote his son and consolidate his power was endorsed by 31 out of 34 members of the Allegiance Council, made up of senior members of the ruling Al Saud family, the royal decree said.Analysts said the change empowers Prince Mohammed bin Salman to move faster with his plan to reduce the kingdom’s reliance on oil, which includes the partial privatization of state oil company Aramco."The change is a huge boost to the economic reform program, Vision 2030 and the whole paradigm shift that Saudi Arabia is traversing and Prince Mohammed bin Salman (MbS) is its architect," said John Sfakianakis, director of the Riyadh-based Gulf Research Centre."It’s important that MbS see through his vision and strategy being implemented and sustained," he said.Bernard Haykel, professor of Near Eastern Studies at Princeton, said the king's decision was aimed at setting the line of succession clearly to avoid a power struggle between his son and Mohammed bin Nayef."It’s clearly a transition that has happened smoothly and bloodlessly … There’s going to be much more clarity on the issue of succession now. There was a bit of messiness before with everyone guessing what was going to happen. Now it’s clear, it’s straightforward. That kind of clarity lowers the risk, there’s no question as to who’s going to be in charge… " ESCALATING REGIONAL TENSIONS "Some people were predicting that this would lead to a division in the family and strife and some kind of revolt. I don’t see that happening." A senior Saudi official said the decision was taken due to what he called special circumstances presented to the members of the Allegiance Council. He added that Mohammed bin Nayef supported the decision in a letter sent to the king.Although Mohammed bin Salman's promotion was expected among close circles it came as a surprise at a time the kingdom is facing escalating tensions with Qatar and Iran and is locked in an air war in Yemen.The decree said Prince Mohammed bin Nayef, long a favorite of Washington's for his tough stance against Islamist militancy, is relieved of all positions.
Even as deputy crown prince, Mohammed bin Salman has been responsible for running Saudi Arabia's war in Yemen, dictating an energy policy with global implications and spearheading plans for the kingdom to build an economic future after oil.That the royal succession in the world's top oil exporter is closely scrutinized only makes the rapidity of Mohammed bin Salman's rise to power, and the speed with which his better known cousins were brushed aside, more astonishing.The announcement follows 2-1/2 years of already major changes in Saudi Arabia, which stunned allies in 2015 by launching an air war in Yemen, cutting back on lavish subsidies and proposing in 2016 the partial privatization of state oil company Aramco.Financial analysts said Prince Mohammed’s promotion gave further assurance that key parts of radical reforms to diversify the Saudi economy beyond oil would continue."We do not expect to see any major changes to key areas of policy, including economic – Prince Mohammed bin Salman has already been driving the economic agenda and the push to transform and liberalize the economy," said Monica Malik, chief economist at Abu Dhabi Commercial Bank.Last year Mohammed bin Salman, or "MBS" as he is widely known, announced sweeping changes aimed at ending the kingdom's reliance to oil, part of his campaign to tackle systemic challenges that the kingdom has previously failed to address.POWER BEHIND THE THRONE Until his father Salman bin Abdulaziz Al Saud became Saudi Arabia's seventh king in January 2015, few people outside the kingdom had ever heard of Prince Mohammed, seen more than two years on as the power behind its throne.Regarded warily by some Saudis and by many foreigners as an unknown quantity in the Middle East's traditional status quo power, Prince Mohammed has over the past year set about building his profile with interviews in some Western media.For many Saudis those changes have become inextricable from the person of Prince Mohammed, whose photographs adorns walls, car windows and advertising hoardings across the country and who has assumed a startling array of powers.He is Defense Minister, a role that in Saudi Arabia gives its incumbent command of one of the world's biggest arms budgets and makes him ultimately responsible for Saudi Arabia's unprecedented military adventure in Yemen. 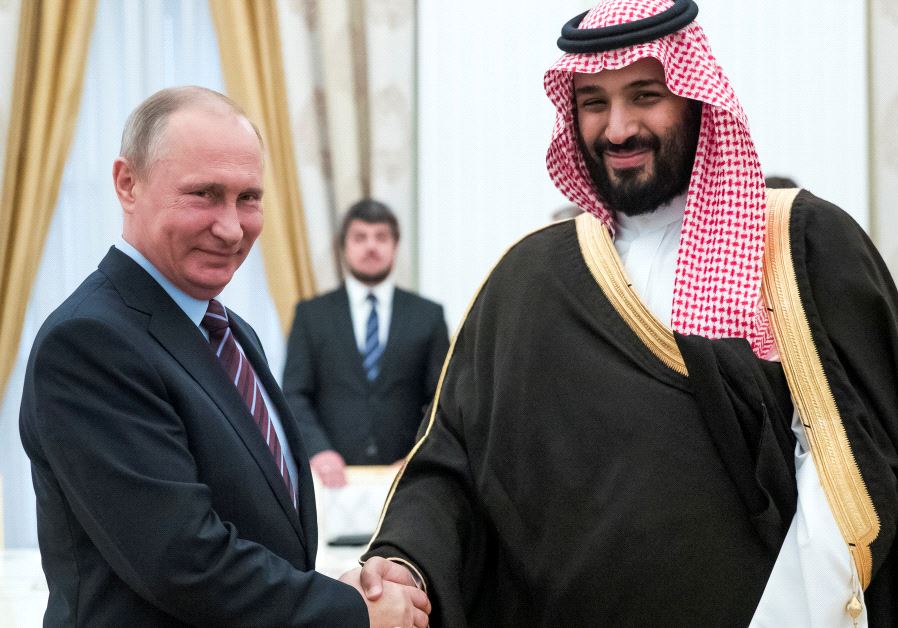 He also heads the Council for Economic and Development Affairs (CEDA), a group of cabinet ministers who meet weekly and which oversees all elements of policy that touch on the economy or social issues like education, health and housing.Prince Mohammed chairs the supreme board of Aramco, making him the first member of the ruling family to directly oversee the state oil company, long regarded as the preserve of commoner technocrats.But perhaps most importantly, he also holds the critical position of gatekeeper to his father, King Salman, who in Saudi Arabia's absolute monarchy retains the final say in any major decision of state.Outside Saudi Arabia, that rapid advance and the sudden changes to longstanding policies on regional affairs, energy and its economy have prompted unease, adding an unpredictable edge to a kingdom that allies long regarded as a known quantity.Inside, they have prompted admiration among many younger Saudis who regard his ascent as evidence that their generation is taking a central place in running a country whose patriarchal traditions have for decades made power the province of the old.