'Dagan is the Superman of the Jewish state'

By JPOST.COM STAFF
JANUARY 17, 2010 19:20
meir dagan 248.88
(photo credit: Ariel Jerozolimski)
Advertisement
Without Mossad director Meir Dagan, the Iranian nuclear program would have been successfully completed years ago, Egyptian daily Al-Ahram claimed in an op-ed published Saturday."Over the past seven years, he has worked in silence, away from the media," the op-ed read. "He has dealt painful blows to the Iranian nuclear program … he is the Superman of the Jewish state."Among the steps taken by Dagan against Teheran, Al-Ahram listed diplomatic action to embarrass the Islamic republic, action to fuel opposition protests, assassinations and covert attacks against nuclear facilities. 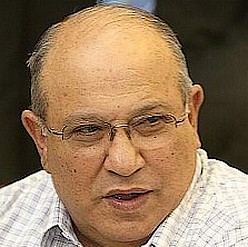 The op-ed stressed that while the Mossad under Dagan's leadership achieved many bold victories against Syria, Hizbullah, Hamas and Islamic Jihad, it never took responsibility for its operations, but wisely chose to wait for the other side to declare that they had taken place.In 2009, Prime Minister Binyamin Netanyahu extended Dagan's term as Mossad head by one year, citing critical developments in the region and growing threats to Israel.