The decision is based around incidents that include hotel staff removing women wearing burkinis from pools. 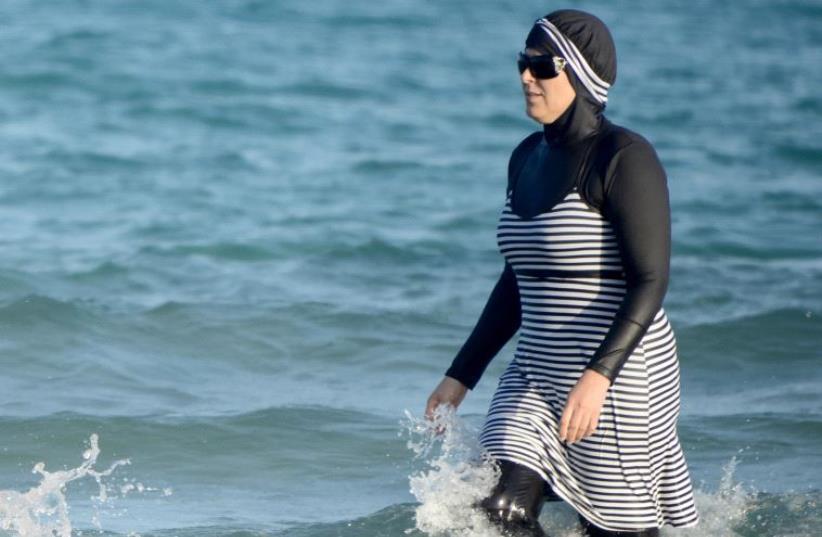 Tunisian women wearing a "burkini
(photo credit: FETHI BELAID/AFP)
Advertisement
Egypt has reignited the debate over how much is too much cover at the beach. Long considered a sunny beach destination, some hotels in Egypt have caused fervor after banning women from wearing burkinis out of concern that the outfit is not a proper swimsuit. Burkini wearers have been quick to point out that the swimsuit is made with the same material as any other bathing suit.Egypt’s tourism ministry initially decided that hotels would be required to allow patrons to wear burkinis for religious purposes. However, the ministry backtracked just one day later and stated that it is legal for hotels to decide whether or not they want to ban burkinis, according to Egypt Independent. It is a controversial decision that critics are calling discriminatory.This is similar to a controversial French law to ban burkinis at local beaches that was later removed by France’s highest administrative court in 2016. The law perplexed many Israelis who saw the French decision as an affront to personal freedom. The burkini is not outlawed in Israel and wearers can frequently be seen at many beaches throughout the country.