Turkish ambassador to US calls on US Jews to condemn Israel's policies in Gaza.

By JPOST.COM STAFF
JULY 30, 2014 15:17
Turkish Prime Minister Tayyip Erdogan 370
(photo credit: REUTERS/Umit Bektas)
Advertisement
The Turkish ambassador to the US replied to a request by the American Jewish Congress saying that Erdogan was "glad" to return the award in light of ongoing events in Gaza.The American Jewish Congress asked Turkish Prime Minister Tayyip Erdogan to return an award which the congress presented to him in 2004, according to a report by the Turkish paper al-Hurriyet. The Jewish Congress's president, Jack Rosen, wrote an open letter to Erdogan on Thursday asking him to return the award in response to his "dangerous rhetoric" and incitement to violence against the Jewish people.In response to the ongoing crisis in Gaza, Erdogan has said in a public statement that the "terrorist state Israel has attacked Gaza once again."According to a previous report by al-Hurriyet, the crowd frequently interrupted Erdogan's speech by chanting, "Down with Israel."Erdogan continued, "Those who condemn Hitler day and night have surpassed Hitler in barbarism.”The Turkish prime minister has even likened Knesset Member Ayelet Shaked to a Nazi saying, "Ayelet Shaked has the same mindset as Hitler." 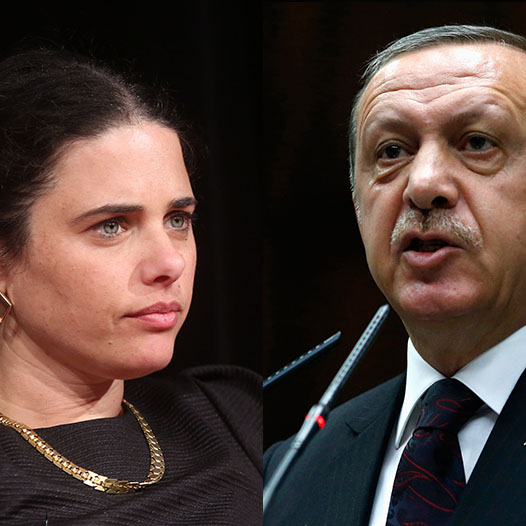 The Turkish ambassador also called on the Jewish organization to condemn the “Israeli government’s policies that have caused public outrage around the world and led to protests by hundreds of thousands of people, including numerous members of Jewish communities.”