Mustafa Amine Badreddine was reportedly killed near the Damascus airport. Badreddine is said to be the highest ranking official in the Shi'ite paramilitary group behind the organization's leader. 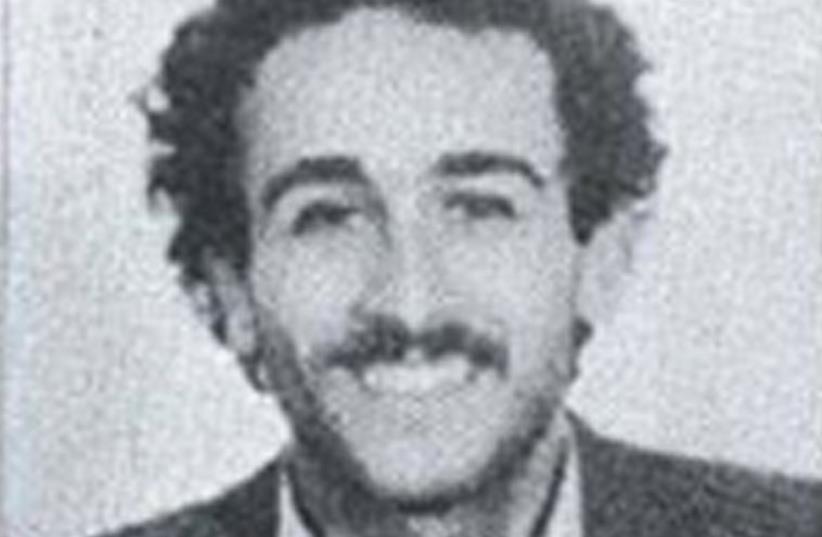 Mustafa Amine Badreddine
(photo credit: REUTERS)
Advertisement
Hezbollah claims Syrian rebels killed group’s No. 2 in Damascus Mustafa Badreddine buried in Beirut after he was hit by shelling early Friday • Jerusalem Post staff and YAAKOV LAPPIN Hezbollah said Saturday its top operations commander, Mustafa Badreddine, was killed near Damascus airport on Friday by an artillery shell fired by a Syrian rebel group.The announcement came a day after Badreddine, said to be the highest-ranking official in the Shi’ite terrorist group behind the organization’s leader, Hassan Nasrallah, was buried in Hezbollah’s stronghold of southern Beirut, in a mass funeral ceremony.“Investigations have showed that the explosion, which targeted one of our bases near Damascus International Airport, and which led to the martyrdom of commander Mustafa Badreddine, was the result of artillery bombardment carried out by takfiri [rebel] groups in the area,” Hezbollah’s statement said.Earlier on Saturday, the Hezbollah-affiliated Lebanese daily Al-Akhbar claimed that an initial investigation into the incident had found that Badreddine was killed by an advanced-guided missile.According to the report, such weaponry suggests the involvement of a developed country in the assassination.Al-Akhbar reported that Badreddine was killed just before midnight Thursday after finishing a meeting at Hezbollah’s headquarters near the Damascus airport.He was still in the courtyard of the building when the missile hit some two meters from him, according to the report.There was no comment from Israel, which has struck Hezbollah targets inside Syria several times during the country’s five-year conflict, though Israel does not appear to be connected to Badreddine’s death. 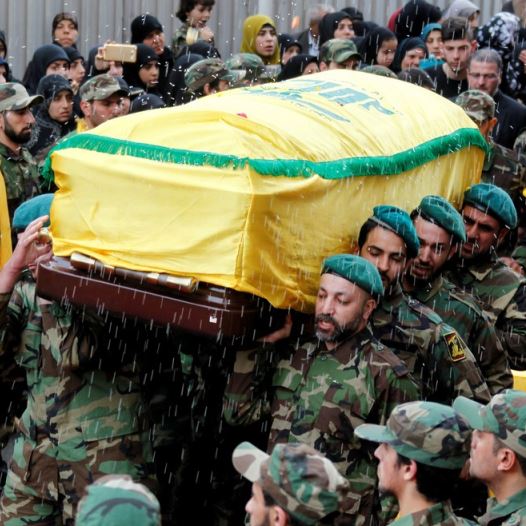 “He took part in most of the operations of the Islamic resistance since 1982,” Hezbollah said in a statement announcing Badreddine’s death.Hezbollah also said it was working to “define the nature of the explosion and its cause, and whether it was the result of an air strike, or missile [attack] or artillery.”It did not accuse Israel of responsibility.Hezbollah is fighting in Syria, backing the government of President Bashar Assad against a range of Sunni groups, including Islamic State and the al-Qaida affiliated Nusra Front. Around 1,200 Hezbollah fighters are estimated to have been killed in the Syrian conflict.Badreddine moved to the second most powerful position within the Shi’ite fundamentalist group after his brother-in-law, Hezbollah military commander Imad Mughniyeh, was killed in 2008.His reputation as a ruthless killer and tactician in the Arab world is legendary.In 1984, the Kuwaiti government sentenced Badreddine to death after implicating him in a number of deadly bombings that targeted the American and French embassies and the airport, according to the Internet publication The Daily Beast.He later escaped execution in Kuwait after Iraq, under the leadership of Saddam Hussein, invaded the country in 1990, releasing scores of inmates from numerous prisons.
Reuters contributed to this report.