The situation seems to be a robbery. 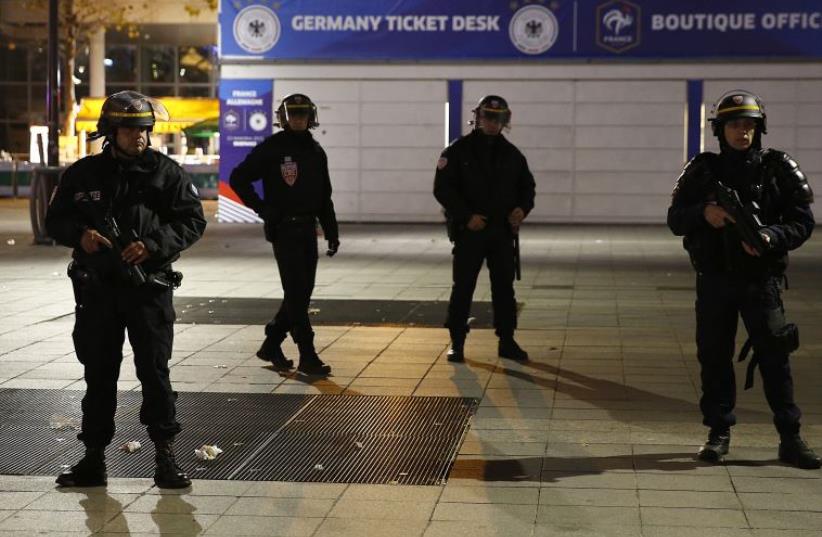 Police stand outside the Stade de France where explosions were reported to have detonated outside the stadium during the France vs German friendly soccer match near Paris, November 13, 2015
(photo credit: REUTERS)
Advertisement
ROUBAIX, France - Armed men who took hostages on Tuesday in the northern French town of Roubaix appeared to have no link to the Nov. 13 attacks by Islamist militants in Paris but were probably planning a robbery, police sources said on Tuesday.

"This is apparently not a terrorist attack, it's apparently a robbery," one police source said.

Still, medical services said that several people were suffering from gunshot wounds at the scene.France remains on high alert after the Nov. 13 attacks in and around Paris in which 130 people were killed.