Calls for refugees to return come as the Syrian government shores up its rule over the main urban centers and ceasefire deals have eased fighting with rebels in parts of western Syria.

By REUTERS
Syrian refugees in Lebanon
(photo credit: Reuters)
Advertisement
BEIRUT - Abu Yazan has rarely stepped out of his apartment in northern Lebanon since he was beaten up on the street in June.The 32-year-old father from Syria was leaving a pharmacy around midnight, when two strangers came up to him asking for a light. Then they asked if he was Syrian."They both got off the motorcycle and beat me," said Abu Yazan, who lives near the port city of Tripoli. "The second guy took off his belt and hit me with it on my back, my head. I couldn't do anything." His wife cried for help but onlookers did nothing.For six years, tensions have simmered as 1.5 million Syrians poured into Lebanon, equal to around a quarter of its population. Refugees have faced waves of hostility since the conflict in neighboring Syria took hold.But the debate over their presence has taken a harder edge in recent months, fueled by political leaders who say Lebanon has lost patience with the social and financial burden of the refugee crisis.As they press demands for refugees to return to Syria, Lebanese politicians have warned of rising public anger.Like Abu Yazan, other refugees say they have hidden in their homes or camps for fear of assault, arrest, or humiliation.In recent months, most of Lebanon's main parties have united in pushing for repatriation, a difficult demand as war has ravaged much of Syria. Rights groups have warned against forced return, and refugees often say they fear conscription into the Syrian army.Calls for refugees to return come as the Syrian government shores up its rule over the main urban centers and ceasefire deals have eased fighting with rebels in parts of western Syria.

Syrian refugees shelter in a makeshift tent in the Bekaa Valley, part of the 1.15 million refugees being hosted by Lebanon (MOHAMED AZAKIR / REUTERS)The United Nations refugee agency has not seen a growing trend of reported attacks against Syrians, but has voiced concern about mounting tensions. Reports of attacks remain isolated incidents, spokeswoman Lisa Abou Khaled said, but refugees do "feel more anxious" and afraid.Tensions escalated in June after Lebanon's army arrested hundreds of Syrians in a raid on refugee camps near the border, during which suicide bombers attacked soldiers.When four detainees later died in custody, the military said it was from chronic illness. Activists and refugees challenged this account, some blaming the deaths on torture.In this climate, a video circulated widely on social media of three Lebanese men beating up a refugee on the street. Authorities detained the attackers.Syrians in Lebanon say they have faced widespread harassment. Some of those Reuters interviewed said they felt it deteriorate in recent weeks, but others described it as just part of their daily existence as refugees."I don't dare walk down the street," said one refugee living amid makeshift tents in the Akkar region, who declined to be named because of security fears. "I get swear words."Abu Yazan, who came to Lebanon five years ago, said many people had since extended sympathy to his family, but hostility from strangers and the recent assault scarred him. The attackers threatened to shoot him if they saw him again."We hear a lot of talk. 'You Syrians have robbed us. Go back to your country,'" he said. "When we came to Lebanon, it wasn't by choice. We were fleeing a war. We considered them our people, our brothers."Many Lebanese worry refugees threaten the country's security and burden its sluggish economy, which has been hard-hit by Syria's war. Others say refugees take jobs or strain Lebanon's already dysfunctional public services.The Lebanese government has long avoided setting up official refugee camps. So, many Syrians live in tented settlements, languishing in poverty and facing restrictions on legal residence or work.During a mass last month, the head of Lebanon's Maronite Christian church, Patriarch Beshara al-Rai, urged politicians to work on returning Syrians to their own country.The patriarch accused refugees of "snatching (the Lebanese people's) daily bread from their mouths, throwing them into a state of poverty and deprivation." 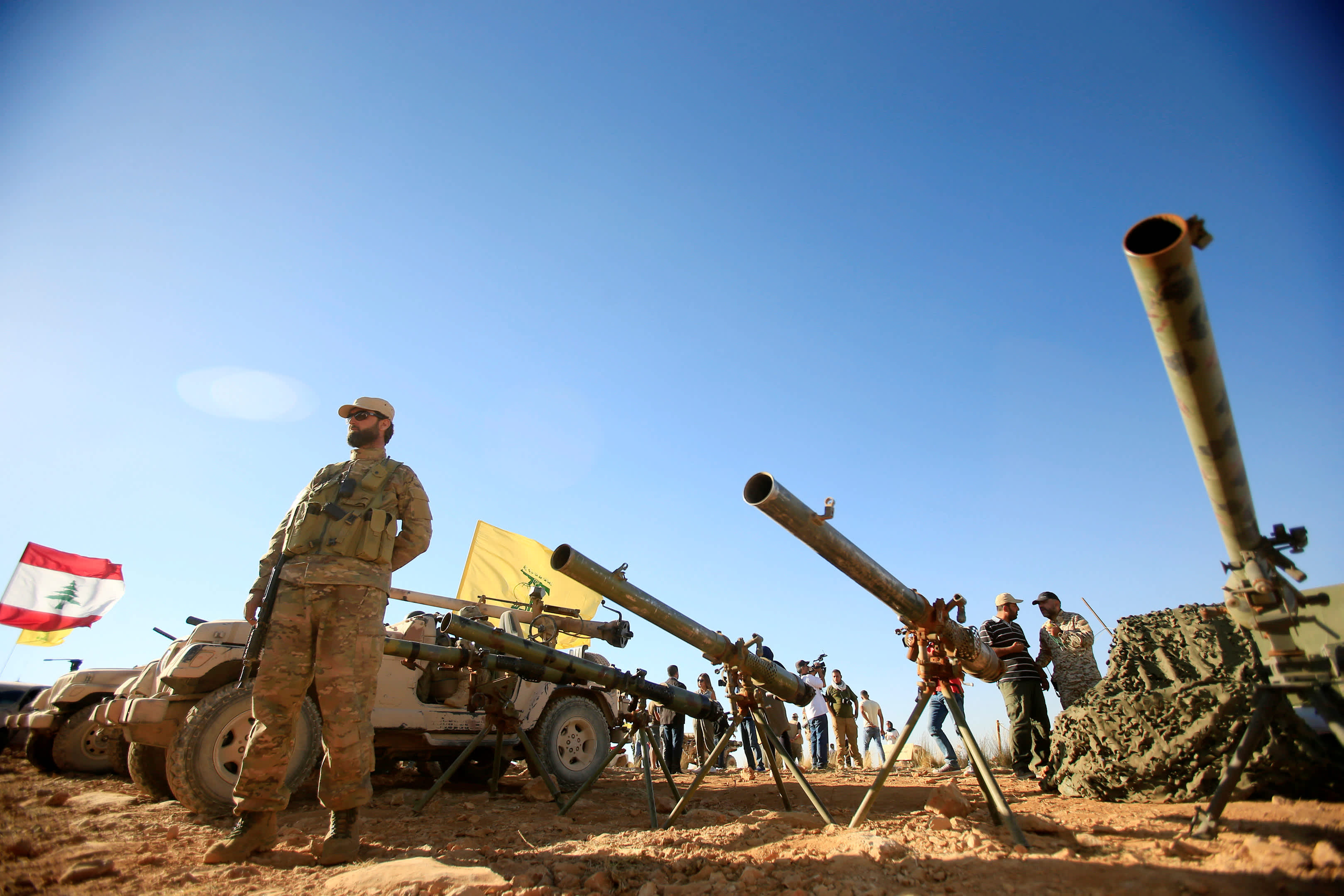 A Hezbollah fighter stands in front of anti-tank artillery at Juroud Arsal, the Syria-Lebanon border. (REUTERS)Nasser Yassin, a researcher of refugee policy at the American University of Beirut, said Lebanese communities were growing weary of hosting large numbers of refugees.While resentment existed before, "things have changed drastically in the last couple of weeks ... mostly fueled by politicians and other leaders," he said.Yassin warned against politicians fanning the flames by inflating the actual burden of the refugee crisis."Imagine that things go out of control, that's a recipe for civil war," he said. It is an ominous warning in a country whose own 15-year war involved Palestinian refugees.Politicians fret that any long-term presence of mainly Sunni Syrian refugees could destabilize Lebanon by shifting its delicate sectarian balance.Syria's conflict has inflamed political rivalries and sectarian divisions that have far from healed since Lebanon's 1975-1990 war.The United Nations, security forces, and local officials have all mobilized to ease tensions, said Ziad El Sayegh, senior national policy adviser for Lebanon's ministry of displaced.Rights groups and activists have criticized Lebanon for ignoring the crisis in its early years with no national policy to handle the influx of people. The ministry was now developing a policy to coordinate the work of state agencies, he said."The socio-economic strains have crossed the limit," Sayegh added. "All of Lebanon wants returns. There is no dispute over that."Syrians should go back with the help of the United Nations under the right safety guarantees, he said - an issue that has deeply divided Lebanon's political blocs.Shi'ite Hezbollah and its allies, who side with Syrian President Bashar Assad, have pressed the Lebanese state to work with Damascus, which their critics strongly oppose. Prime Minister Saad al-Hariri, allied to Sunni Saudi Arabia, and others insist the United Nations must oversee any repatriation.Iranian-backed Hezbollah has played a major role in driving Sunni militants from the border, and has sent thousands of its fighters into Syria to support Assad's government.Under evacuation deals that Hezbollah has brokered, thousands of refugees have left Lebanon's northeast border region for Syria since July. Rights groups fear refugees went back because they felt under pressure in Lebanon.The United Nations says it is still early for safe returns. It took no part in those local deals and raised concerns they did not meet "legal standards and humanitarian principles."Still, the thousands who have gone back represent a drop in the ocean compared to the scale of Lebanon's refugee crisis.