How terrorist groups use minerals, stones and drugs to finance their ops

Extremist groups making up to $300 million annually by smuggling contraband from Afghanistan to Pakistan and then beyond. 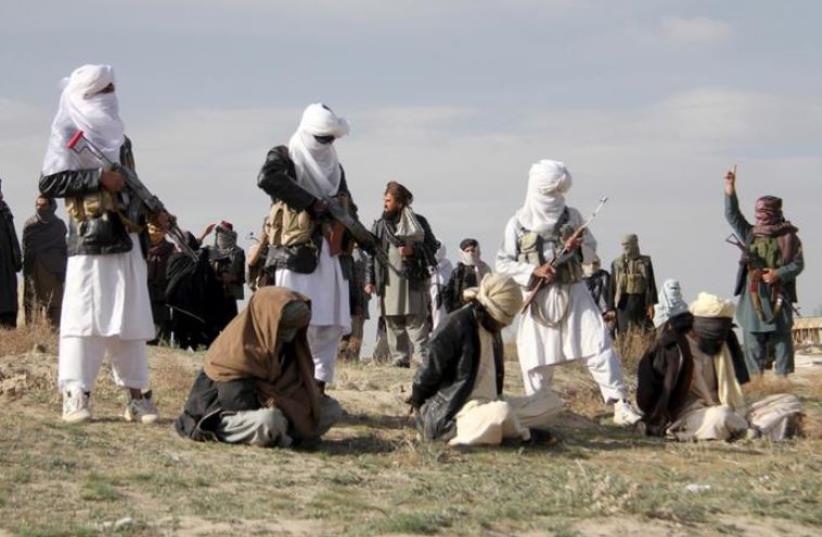 Taliban.
(photo credit: REUTERS)
Advertisement
Afghan authorities on Sunday seized 360 kilograms of ammonium nitrate — a substance widely used to make explosives — from the back of a truck that had just crossed the border into Pakistan.“Intelligence officers found nearly nine tons of ammonium nitrite hidden under sacks of vegetables on the truck at the Torkhum border crossing,” a spokesperson for the governor of Nangarhar Province, told The Media Line.While the substance is generally used as a fertilizer, it is also used to manufacture dynamite that can then be used to extract minerals from rocks.The government of insurgency-hit Afghanistan has placed a ban on imports of ammonium nitrite and similar substances citing security reasons. However, due to corruption in Kabul and Islamabad the smuggling of such materials continues across the porous shared border.Afghan authorities initially believed the cache of ammonium nitrite was designated for insurgents, including Taliban and Islamic State fighters, in order to manufacture explosives to target civilians. However, evidence indicates that the explosive material was to be handed over to operatives of ISIS’ Nangarhar branch to make dynamite to extract talc and other minerals.“In the wake of frequent bomb attacks across Afghanistan, we anticipated explosive material was to be used in making bombs. But preliminary investigations revealed it was meant for making low intensity dynamite to extract minerals,” a Pakistani police officer told The Media Line on condition of anonymity.Most of Afghanistan’s mineral reserves,including talc, are located in Nangarhar Province. Afghan officials say that control of the talc mines is a continuing source of conflict between the Islamic State Khorasan Province and the Taliban.Insurgents have reportedly been making around $300 million a year from the export of Afghanistan’s minerals, almost all of which are exported to Pakistan. About 40 percent of the talc from Pakistan is then sold to U.S.- and EU-based companies to be used in make-up, sun creams, paints, olive oils and even car parts.Afghanistan produces almost 516,286 tons of talc annually.Talc is not the only substance being smuggled from Afghanistan. Research conducted by Kabul University in 2016 revealed that precious and semi-precious stones worth $267 million are being smuggled into Pakistan every year. The stones include ruby, emerald, alabaster, azure and marble, among others.Last year, an Afghanistan-based anti-corruption group revealed that the smuggling of minerals supplies millions of dollars to armed groups in Afghanistan.In 2016, a senior official of the United Nations Office on Drug and Crime told journalists that Pakistan was considered the main country through which narcotics produced in Afghanistan are transported to the rest of the world and that Karachi was a key hub in the supply routes.In April, authorities arrested a British national at Islamabad’s Benazir International Airport for attempting to smuggle 1.75 kilograms of heroin to the United Kingdom in his shoes. In January, a female  was arrested at Pakistan's Allama Iqbal International Airport with 9kg of heroin valued in the millions of dollars. That same month, French authorities detained an entire crew from Pakistan's national carrier during a drug-smuggling investigation. And in May 2017, UK border officials impounded a flight from Islamabad on arrival at London Heathrow airport. A quantity of heroin was found hidden in panels of the plane.“Pakistan used to be the transit country for Afghanistan-produced drugs to the world. We have done a great job to counter it. We are still working hard to bring it to zero level,” a senior official in Pakistan’s Anti-Narcotics Force, stressed to The Media Line.Click here for more stories from The Media Line.