Former deputy defense minister Ehpraim Sneh warned that Israel should be prepared to react to unforeseen aggression from Lebanon by hitting it where it hurts the most. 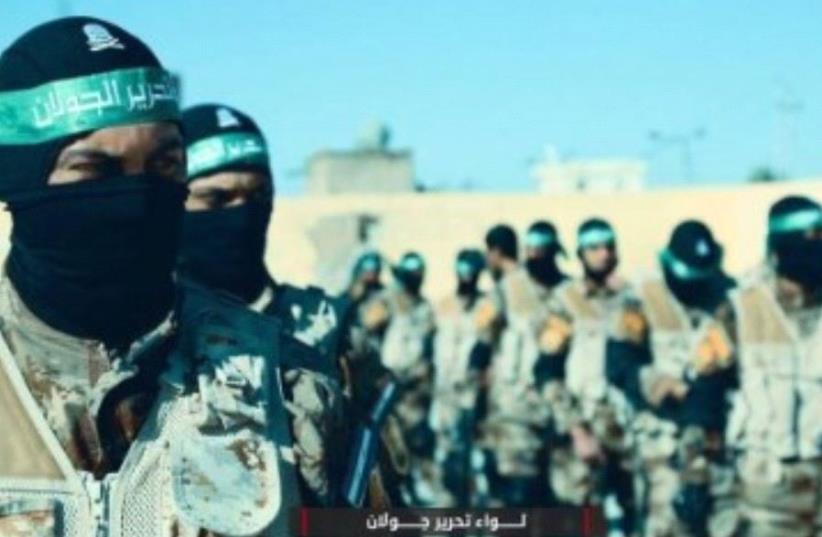 Harakat Hezbollah al-Nujaba
(photo credit: SCREENSHOT FROM TWITTER)
Advertisement
“If Hezbollah fires at Israel,” the IDF “should strike Iran’s infrastructure” in response, former deputy defense minister Ephraim Sneh said on Wednesday.Explaining the logic of this strategy as part of a panel on Iran at the Herzliya Conference, Sneh said that Iran uses Hezbollah to attack Israel without having to take into account any deterrent that it cares about.He said current Israeli strategy is to hit Lebanese infrastructure if Hezbollah attacks Israel with rockets.“Iran does not give a damn if Lebanon’s infrastructure is destroyed” as Israeli retaliation for Hezbollah rockets, he asserted.Regarding Iran’s nuclear threat, Ariel Levite, former deputy director-general of the Israel Atomic Energy Commission, also on the panel, said, “there is no Israeli policy to deal with the missiles and arms trade aspects” of the Iran nuclear deal.He said that though Iran is complying with International Atomic Energy Agency inspections, “the ambiguities built into the deal are huge,” causing the deal to function on the ground very differently than it was meant to.As an example, Levite said, “Is the IAEA responsible for monitoring and limiting Iran’s weapons tests?” Russia and Iran both say it is not.“If the IAEA is not responsible, then who is? This is a big gap,” he added.Further, Levite argued that Israel, the US and others must find a way to deter Iran from actions which could move it across the nuclear weapons threshold once the Iran deal ends.Next, Intelligence Ministry director-general Chagai Tzuriel focused on the Iran-Syria connection, saying, “to solve the Iran issue, you must focus on Syria... What happens in Syria impacts the region and the world.”He said that as important a threat an Iranian nuclear weapon could be, the Iranian attempt to establish a new front on the Golan was far more current.Pressed several times about Israel’s position on whether Tehran was observing the nuclear deal, Tzuriel demurred.“It does not matter what Israel thinks” about whether Iran is following the deal, “it matters what the US thinks,” he said.Tzuriel explained that Israel’s strategy in confronting Iran should be to coordinate with the US and even Russia to bring maximum pressure to impact Iranian behavior.Conference chairman and retired Maj.-Gen. Amos Gilead said the key to Israeli strategy on Iran was “ambiguity.”“We should not tell Iran whether we will bomb them or not,” implying Israel should use ambiguity on the issue to maintain deterrence and get Iran worried.