Iran and Russia to enhance military ties after new US sanctions

While the sanctions are meant to punish the two countries, they appear to be pushing them together. 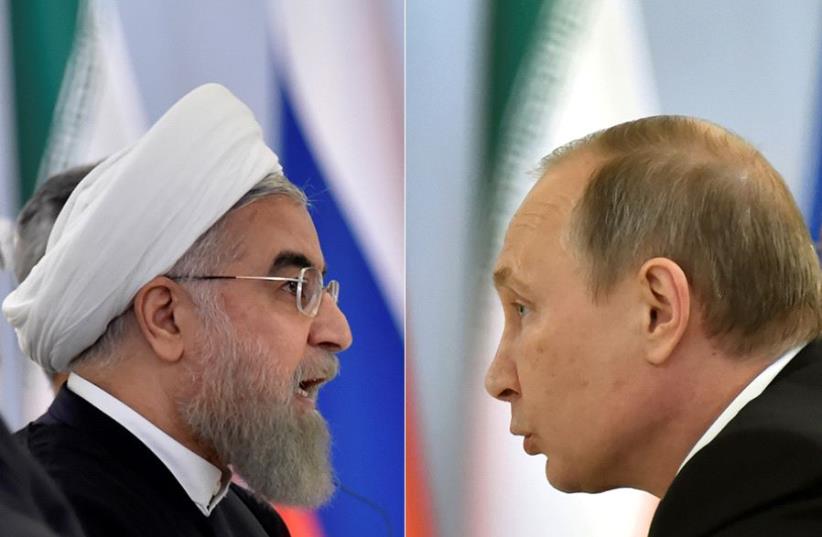 Rouhani and Putin
(photo credit: REUTERS)
Advertisement
In light of new US sanctions on Iran and Russia, the two countries have vowed to enhance their already-deep military cooperation, according to state-run media of both countries.  In July, American lawmakers passed a bill placing sanctions on Russia for the country's alleged interference in the 2016 US presidential election, while also extending those placed on the country for its 2014 invasion and annexation of Crimea. In response, Russia announced its expulsion of more than 700 US embassy employees.  Sanctions on Iran are meant to punish the country for its continued testing and development of ballistic missiles. Iran has lashed out at the US, saying the sanctions are an affront to the landmark nuclear deal reached two years ago, which the Iranians say they are abiding by. Sanctions were also extended to North Korea, which continues to launch ballistic missiles that experts have said may now be capable to reaching the United States. Iran and Russia have a history of military cooperation, stemming from their respective isolation from Western countries. Iran has purchased several billion dollars worth of military equipment, and last year Russia began construction on new nuclear plants in Iran. In addition to regularly holding joint military exercises in their respective countries, Iran and Russia are fighting together with the Assad regime in Syria. According to Russia Today,  Russia's Deputy Prime Minister, Dmitry Rogozin held talks with Iranian Defense Minister Brigadier General Hossein Dehqan. The officials reportedly discussed new supplies of Russian arms to Iran. They agreed upon the implementation of deals boosting military and technological cooperation, according to Iran's Fars news agency.While in Tehran, Rogozin attended the inauguration of Iranian President Hassan Rouhani, who just began his second term as the country's leader. He is also is set to meet with Iranian Vice President for Science and Technology to discuss technology sharing between the two countries.