Iran not backing down: Saudi Arabia should apologize for haj deaths

"The Islamic World has a lot of questions," Khamenei says; Rouhani demands investigation into deadly crush. 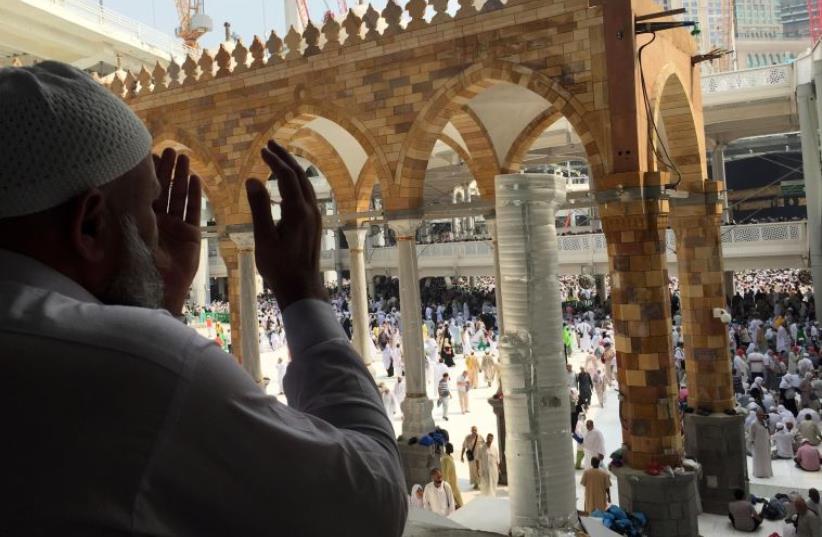 Muslim pilgrims pray at the Grand Mosque on September 14, 2015 in Saudi Arabia's holy Muslim city of Mecca. The hajj, a pillar of the Muslim religion, drew last year about two million faithful and is expected to start on September 21
(photo credit: AFP PHOTO)
Advertisement
DUBAI - Iran's supreme leader has said Saudi Arabia should apologize for a crush outside the Muslim holy city of Mecca that killed 769 worshipers performing the annual haj pilgrimage, Khamenei's website said on Sunday."This issue will not be forgotten and the nations will pursue it seriously. Instead of accusing this and that, the Saudis should accept the responsibility and apologize to the Muslims and the victims' families," Ayatollah Ali Khamenei was quoted as saying."The Islamic World has a lot of questions," he said. Iranian officials have said they believe more than 1,000 pilgrims were killed in the disaster.  On Saturday, Iranian President Hassan Rouhani used a major United Nations speech to demand an investigation into the deadly crush.  The fact that Rouhani used a UN summit meeting on global development goals to reiterate Iran's outrage over the haj tragedy was a sign that Tehran does not intend to tone down criticism of its regional rival Saudi Arabia. Both Iran and the Saudis see themselves as leaders in the Muslim world.In his speech to the 193-nation UN General Assembly, Rouhani emphasized the need for an investigation into "the causes of this incident and other similar incidents in this year's haj." He described the crush as "heart-rending."Saudi Arabia suggested on Friday pilgrims who ignored crowd control rules bore some blame for the incident. Saudi King Salman ordered a review of haj plans, and Health Minister Khalid al-Falih said an investigation would be conducted.Iran has repeatedly voiced outrage at the deaths of 131 of its nationals at the world's largest annual gathering of people.Saudi Foreign Minister Adel al-Jubeir accused Iran of playing politics with the tragedy.