Diplomats have been pushing to iron out details of a final agreement in Vienna this week without announcing any major breakthrough. 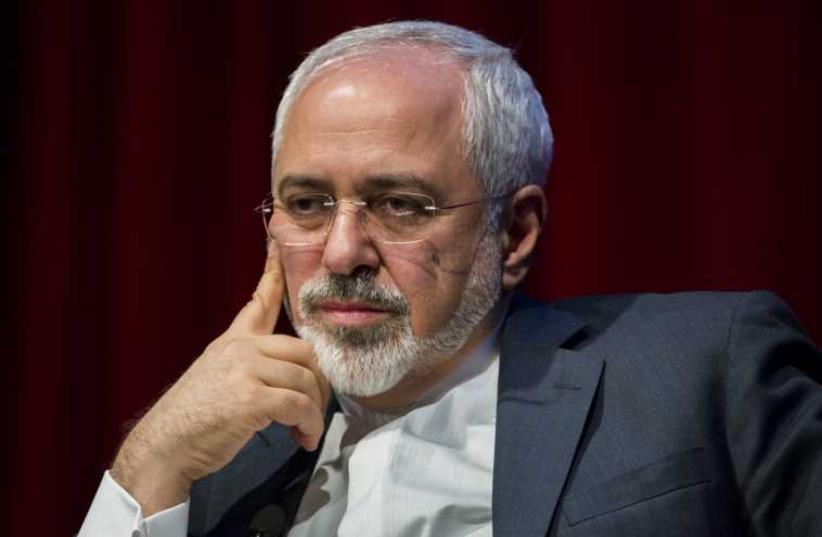 Iranian Foreign Minister Mohammad Javad Zarif speaks at the New York University (NYU) Center on International Cooperation in New York
(photo credit: REUTERS)
Advertisement
Iran is optimistic that it can reach a final nuclear deal with world powers, its foreign minister said in an excerpt of an interview with Germany's Spiegel magazine published on Friday."An agreement is very likely - provided that our negotiation partners mean it seriously," Mohammad Javad Zarif told Der Spiegel.Iran, the United States, Britain, France, Germany, Russia and China reached a tentative framework deal on April 2 in Lausanne, Switzerland. They have a June 30 deadline to arrive at a comprehensive agreement.Zarif criticized Saudi Arabia, which has voiced concern that a nuclear deal could embolden Iran and harm its security."Some people in the region are evidently panicking," he said, adding there was no reason to do so. "We don't want to dominate the region. We are happy with our size and geography," he told the magazine.Iran is prepared for "all scenarios" in talks with world powers about curbing its nuclear program in exchange for sanctions relief, its top nuclear negotiator said on Friday when asked what would happen if no final deal was reached by July.Diplomats have been pushing to iron out details of a final agreement in Vienna this week without announcing any major breakthrough as a self-imposed deadline for a deal at the end of June is drawing nearer."Even if I'm optimistic, that doesn't mean that any deal is acceptable. All parties want a good deal and for Iran it's only a good deal if our legitimate rights are respected and sanctioned are finished," top negotiator and deputy foreign minister Abbas Araqchi told the Austrian news agency APA."We have thought of all possibilities and, accordingly, are prepared for all scenarios," he said.Iran, which denies seeking nuclear weapons, has said sanctions must be rescinded as soon as any final deal is signed. The United States wants a gradual lifting of restrictions tied to verified compliance by Iran with its end of the deal - a big sticking point left unresolved so far.A framework accord reached last month also did not spell out all details about the future of Iran's atomic research and development program, the exact scope of the UN atomic watchdog's monitoring regime, and what kind of uranium stockpile Tehran will be allowed to keep."We believe that solving the technical components won't be difficult if there is veritable political will. If that is the case, the final deal can very likely be reached before the deadline," Araqchi said.On Thursday, he held talks with the head of the International Atomic Energy Agency, Yukiya Amano. The IAEA is seeking access to Iranian military sites, such as Parchin near Tehran, as part of its investigation into any possible military dimensions to Tehran's nuclear activities.Iran, which is extremely reluctant to allow atomic inspectors access to military sites, has been stalling the investigation since last August.Deputy-level talks between Iran and the six powers - the United States, Russia, China, Britain, France and Germany - will continue next week, Araqchi told Iranian Press TV.